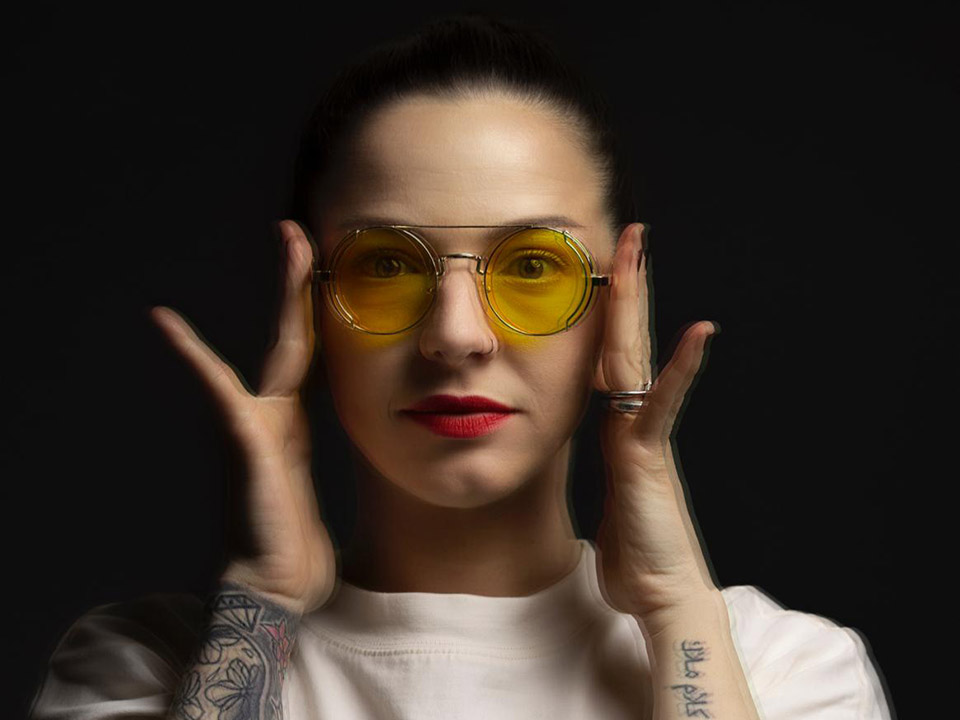 Ayah Marar is a Jordanian producer, DJ, performer, writer, poet, model, entrepreneur, radio show host and label owner based in the UK. She has been featured as a vocalist or writer on music from British artists including Calvin Harris, DJ Fresh, Camo & Krooked, Bassline Smith and Jack Peñate. Today, she debuts on esteemed Swiss label Sirup Music, teaming up with Paul Morrell for her huge new single ‘Work It Out’. We caught up with her to find out more…

Hi Ayah, and welcome to Naluda Magazine. Please introduce yourself!

Hello, I’m Ayah Marar. I’m a singer-songwriter from Jordan, now settled in the UK. I’m also a mum and I live in the countryside.

I was initially asked to voice a track with my friends Loxy & Ink who basically gave me my first break and put me on a DnB record. I then started working at a record shop in SoHo and DJing for many years (viny). I then started a funk band, also toured the world as an MC and then again as a singer, and it’s been my life. I love it to bits.

You have a new release out with Paul Morrell on Sirup Music. Can you tell us about that?

Paul and I have had friends in common for years but never met. He reached out and suggested we work together and it made complete sense. He really knows his stuff and I had a great time making this record with him.

Have you worked with Paul before?

No, this is our first time and hopefully not the last.

Also my first time with them! They also really know their stuff so it’s a pleasure.

Which artists and styles have inspired and influenced you over the course of your career?

Oh my goodness, so many. Even though I adore all forms of music, I’m a huge funk, soul, hip-hop and RnB fan, but my first love is reggae. DnB seemed a natural progression from reggae for me in terms of club music.

Artists I would say Stevie, The Doors, Prince, Erykah Badu, KRS-One, Dilinja, The Beatles, Sizzla, Biggie, and many more.

I feel like the party has been over for a wee while now, sadly! I love going to the cinema with my husband, and I love good food.

Best stage you have ever played on? 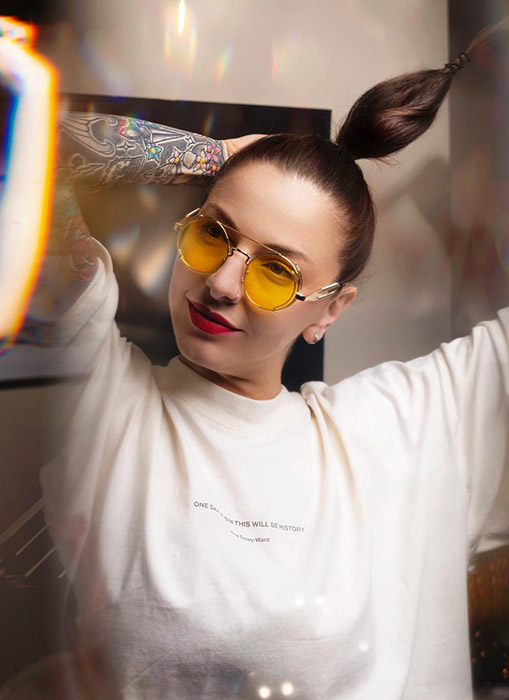 Funniest / craziest thing that’s ever happened at an event?

At that same event in New Zealand, a helicopter landed by the main stage just before midnight and Kim Dotcom jumps out, runs over to the stage and grabs the microphone and tells everyone to start chanting ‘don’t give up, never give up’ … it was pretty surreal.

What’s your favorite club to perform in?

I adored DJing at Herbal in the East End of London. It was a really magical time.

Did you have plans/gigs planned and cancelled because of COVID? If so have you done any online events or interaction with your fans?

I did lose a few gigs abroad and a lot of writing sessions were cancelled but I did join a few online writing camps as a result and met some really cool and talented people whom I may never have met if it hadn’t been for the pandemic. I’m always pretty hands-on with my fans online, I keep a line open and encourage them to send me music and let me know what they like and dislike about mine.

Creating something on any level is a special thing, the satisfaction, the excitement, the camaraderie. The sad part of what we do are the people who take advantage and use musicians for their own ends, which can be really painful to watch.

I’ll keep writing, I’ll always write and make music. I’d love to get back on stage again, so I’m planning ways to do that and how to setup the new version of the live shows.

Sofa, movies, good food. Maybe a wee walk with the family and dog.

A Jordanian dip called Labaneh, with Zaatar. Delicious and healthy. I grew up eating it.

I’ve been married for 7 years and wasn’t much of a dater before that to be honest, but I would imagine someone forgetting your name would be pretty shit.

I’ve ALWAYS wanted to meet Jane Goodall, since I was a child. She is my ultimate inspirational human, I reckon it would be amazing hearing all her stories and learning about her life.

Hopefully not too different from where I am now. Making music and spending time with my family. Perhaps a wee bit more travelling, and I’ve always liked the idea of doing music workshops in the Middle East, where I’m originally from.

I understand the need to connect with your fans being in our line of work, I try to keep it human without over-sharing, but I would love it if we didn’t need it so much.

Quote: If you’re telling the truth you won’t have to remember a thing – Judge Judy

Sports Team: My husband won’t accept any answer other than Celtic football team.

Paul Morrell feat. Ayah Marar – Work It Out is out now via Sirup Music

Interview with “This is Us” actress Makenzie Lee Foster