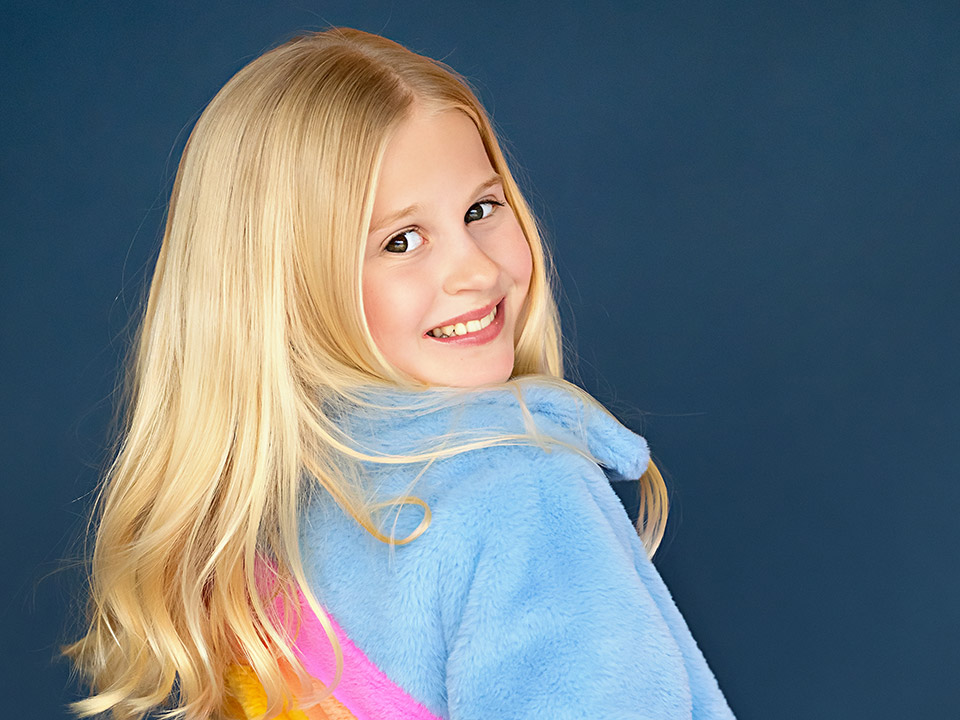 Check out our interview with Nickelodeon’s Loud House Live Action Christmas Special lead actress Lexi Janicek and who can also be seen as a series regular in the upcoming Really Loud House live action series.

Since beginning her career, Lexi has had a co-starring role in NBC’s Ordinary Joe with James Wolk, a supporting role voicing a character on Apple TV’s new show Duck & Goose as well as playing the younger version of Kristen Bell in Amazon’s The People We Hate at the Wedding. She also has a recurring role in the upcoming drama on Apple TV starring Luke Evans entitled Echo 3. 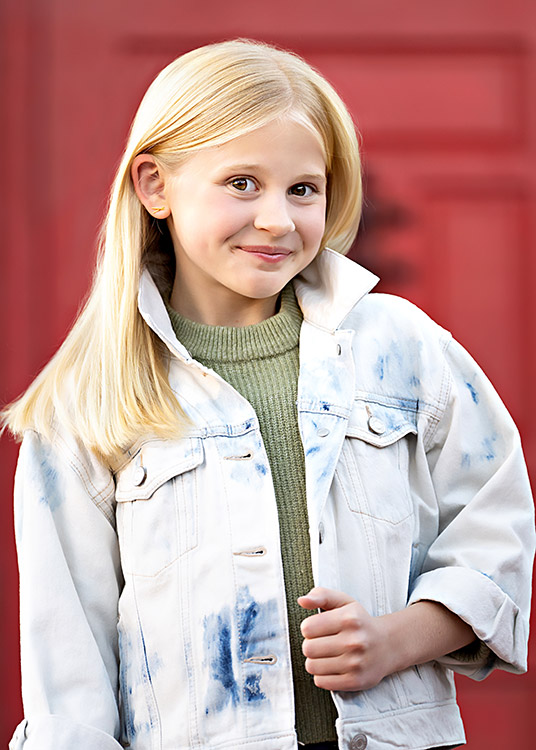 I sort of got started in the industry by accident. When I was little, one of my friends was working on a nursery rhyme web series. My mom thought it would be a fun activity for me to try. She thought it was something we could just sign up for like soccer or ballet, but that’s obviously not how it works! My friend’s mom referred us to a local talent agency and things progressed from there!

The biggest change for me this year is that I moved from my in-person school to an online program while we film “The Really Loud House”. The cool thing is that we have designated classrooms and teachers on set, so we can easily pop in and out of school based on our filming schedule.

The best thing about being an actress is getting to play different characters and play in different scenes. I love becoming someone else for a little bit and seeing what that person’s life is like.

The hardest part about being an actress is being away from my family when I’m filming and also having to say goodbye to the cast and crew at the end of filming. The good thing is that it’s very easy to stay in touch with people by phone or video and by texting.

When I first get an audition, I research as much as I can. Then I’ll try to understand my character’s place within the project and try to figure out how to get into her head and understand her life. When it comes to learning lines, I actually learn them best when I’m sleeping. I know that seems crazy, but if I spend time on it before bed, I usually wake up with my lines memorized!

Tell us about your work on the Really Loud House Live Action Nickelodeon series?

I play the role of Lisa Loud. She’s the second youngest of her family’s 11 kids and the family genius. She loves science, but sometimes her experiments don’t go as planned. She’s been known to cause an explosion or two, which is a lot of fun.

Lisa and I are very different, especially in appearance. Lisa has crazy dark brown hair (that she cut herself!), she wears glasses and speaks with a lateral lisp, while I have long blonde hair, no glasses and no lisp! Our personalities are different too, but I’ve found that I have some very ‘Lisa’ characteristics in my personality. We’re both rule followers, we both take school very seriously and we both try to look at the facts before becoming too emotional. 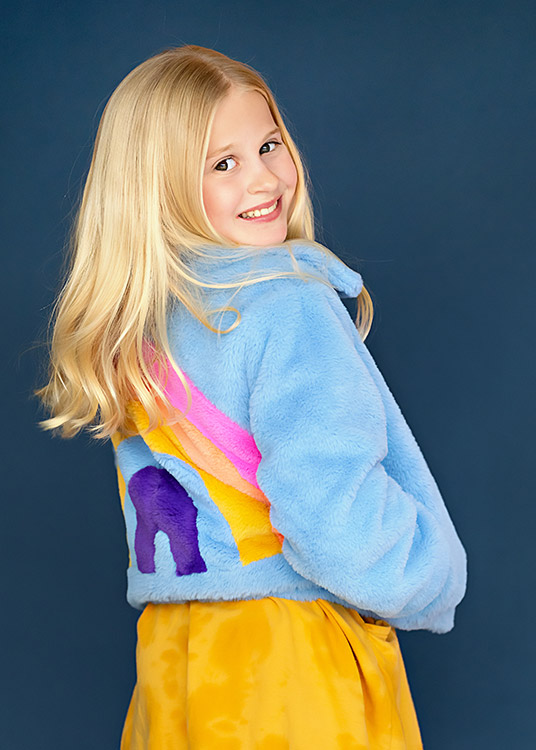 I play the younger version of Kristen Bell’s character, Alice, in the upcoming Prime Video movie ‘The People We Hate at the Wedding’. It’s a comedy about half-siblings who reluctantly attend a family wedding. It looks hilarious and starts streaming November 18th!

I also have a recurring role on the upcoming AppleTV+ series “Echo 3”, which is a dramatic military thriller. It looks really intense and is a series I’ll definitely watch with my 3 big brothers! The first episode airs on November 23rd and will air weekly into the new year.

I love funny and lighthearted roles, but dramatic roles are really cool too. I’m always proud of myself when I can dig deep for a character. At some point I would love to have an action role that requires stunts. I love gymnastics, running and other sports, so I think that would be super fun and a good fit!

The most rewarding thing about my work is feeling like I was truly in the scene and accurately portrayed my character’s feelings and emotions. It’s also an incredible feeling to get a callback or book a job!

My best advice for newer actors is to not take anything too personally. It’s important to know that it’s not always about you. There’s no way to know what makes one person more ‘right’ for a role than another. You just have to keep working and not take rejection too personally. 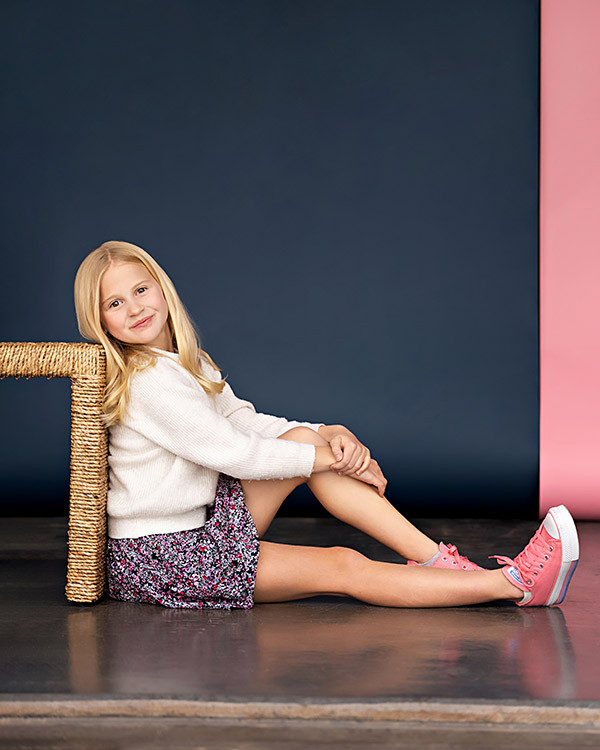 Enjoy every moment. I’m so grateful for the opportunities I’ve had and the friends I’ve made, but I know things can change very quickly. Unfortunately, all productions eventually come to an end, so it’s important to stay in the moment, appreciate every day and take it all in while you can.

Empathetic, kind and inclusive. I know what it feels like to be left out, so I try not to do that to anyone else. Empathy and kindness go a long way in almost any situation. Ultimately, I just don’t ever want anyone to feel sad or excluded.

If I were a book, I think the title would be ‘The Optimist’. I was definitely born with a positive attitude. My mom says that I was an easy baby and that I’ve been an easy kid so far! We’ll see what kind of teenager I am, haha. I know life isn’t perfect, but I also know that a negative attitude can make a frustrating situation even worse.

I have a few projects coming out in November that I’m excited about and filming the first season of “The Really Loud House” will take me to the end of 2022. I don’t know what’s coming up for 2023 just yet. We’ll see!

I would love to meet Lin Manuel Miranda. Hamilton was the first Broadway show I ever went to and I was obsessed. I also adored Encanto. I can’t count the number of times I’ve listened to both of those soundtracks. He’s a genius.

Best advice: always be kind. I think that applies to every aspect of life- personal, professional and even with yourself. You don’t have to like everything or everyone all the time, but you can always be nice… even if it takes extra effort sometimes.

In five years, I’ll be 16 so I definitely see myself driving a car! I would love to be in an action movie doing my own stunts.

Right now, I’m loving ‘Made You Look’ by Meaghan Trainor. I love it because it’s a fun little ‘dance in your seat’ song. When we’re in between takes on set, I’m dancing and singing to the song in my head until we’re ready to shoot again.