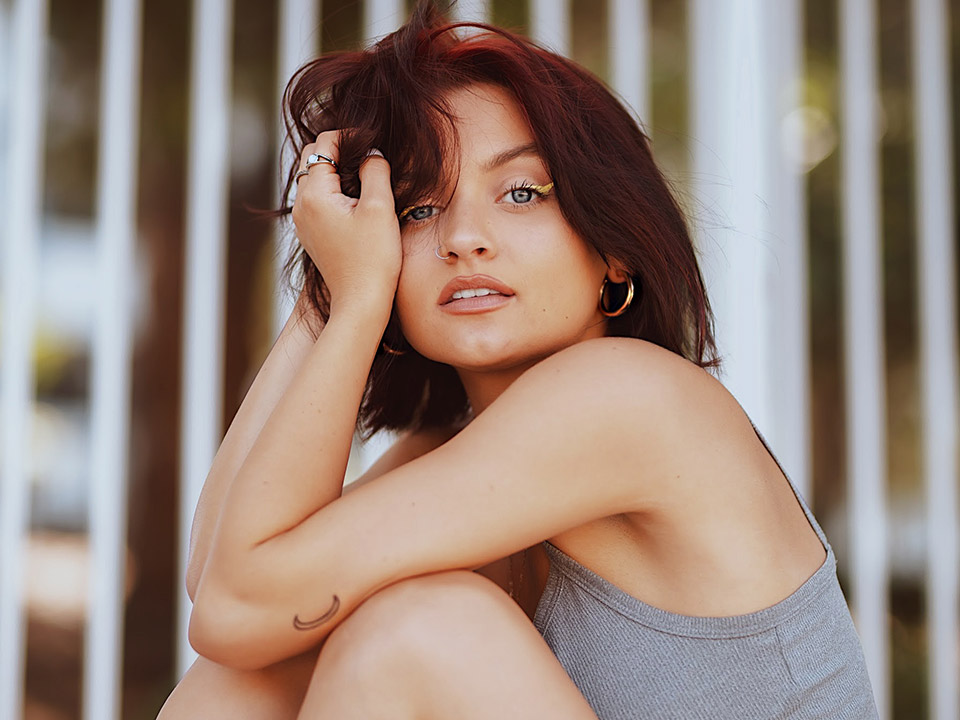 Laci Mercede started in the industry at the age of 7. With 14 original songs on iTunes and many credits to her name, Laci is a stand out entertainer making waves in the industry. On the acting front, she is best known for her LEAD role as Stacy Blevins in the Feature Film A FATHER’S LOVE.

Her original song “Games” has thousands of plays on Spotify. She is also featured in 2 Noah Neiman songs, “Long Way Home’ and “Hold On To Love” each song has over 1.5 million streams on Spotify. Laci was also featured in a song with Oscar/Grammy winner, Common, called “Trouble in the Water” that was a political statement for the Flint water crisis. The video hit 1 million streams on Facebook the first night it was posted. Laci also loves performing live. One of her most memorable performances was with Stevie Wonder singing “Love’s In Need of Love Today” at the Microsoft Theater for his yearly “House of Toys” event.

Hi Laci, please tell us a little about you?

I was born in Texas, raised in LA, with an Italian family. I’m a singer and an actress. About to be 22 years old. Happy to be alive.

My mom. Forever and always.

I was 7 years old and I saw a weekend acting school booth at a fair and signed up. I haven’t turned away since.

My skin is super thick now. I don’t take shit from anyone when it comes to my business. I’ve learned to be a musician but also a business woman. I’m very proud of that.

The best part is you make this little family while filming, you’re fully submerged into that world and that character. It’s magic when it’s the right script, the right cast, the right everything. The worst part is hands down the auditioning process. Any actor that says they love being judged and picked apart for a role is lying.

Tell us about your lead work in feature film “A FATHER’S LOVE?”

We got to film in North Carolina, I was there for 5 days straight filming. The whole process of that project was loads of fun. I was pulled into that project a bit late in the process, but I’m happy with my performance and how it turned out. That’s all I really want when contributing to projects. 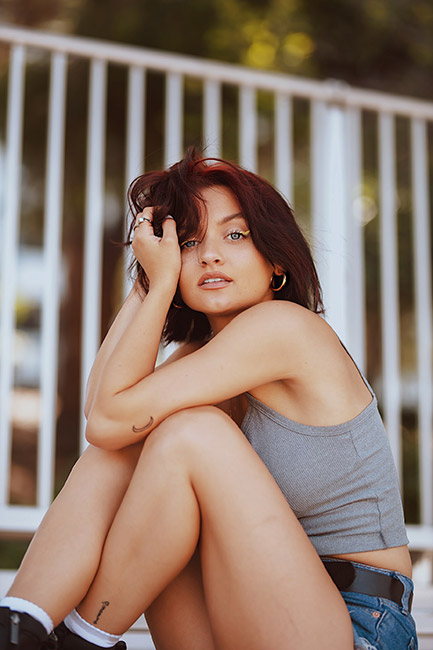 Games was such a special song for me. I wrote that song going through a break up. I worked with new producers and whole new team for that one, who I still work with. It holds a lot of sentimental value to me. Games is a fun girls anthem for every girl who got played by a guy. This song was and still is a very liberating song.

And about your work on the “Trouble in the Water” with Oscar/Grammy winner Common?

The team who put that song together called me randomly and asked me to be apart of it. However they were in a rush to turn the album in, so I literally recorded the song that night in my bedroom. It turned out to be an amazing song to raise awareness for the Flint water crisis. I’m lucky to be apart of that. The video was fun too.

Now not everyone has the opportunity to sing alongside a legend like Stevie Wonder. Tell us about your performance of “Love’s In Need of Love Today?” That’s amazing! Congrats.

Thank you! It was definitely one for the books. I auditioned to be a solo in this choir who would sing with Stevie Wonder. I booked the part and got to sing with him at the Microsoft Theater for his annual “House of Toys” benefit concert. He was such a kind person, he kept pointing at me to sing parts of the song live on stage that we hadn’t rehearsed. I was on such a high, I barely remember it.

A cool experience was getting to feature on 2 Noah Neiman songs; “Long Way Home” and “Hold on to Love”. We had such a good time working on those songs and they’ve reached about 1.5 million streams on Spotify. Can’t be mad at that.

Honestly, getting a song done to the point of releasing is such a reward alone. The process of getting songs released is longer than most think. 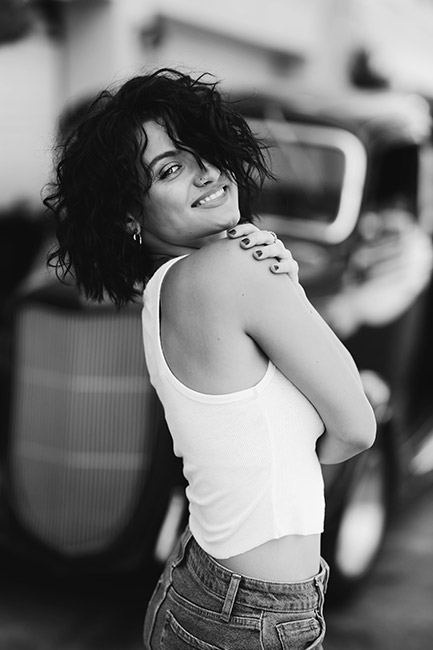 I’ve been in a mood to play an action character like Lara Croft.

A warm oatmeal breakfast with lots of fruit and almond butter.

Ooooh… ALWAYS Chick-Fil-A. Or a burger. Mmmm I love a good burger.

Street wear vintage. I really love fashion. I spend way too much money on clothes.

I called her and she said, “You’re really ambitious, a great listener, and a very caring person.” How cute is she?

What’s next for Laci Mercede in the last months of 2020?

I am getting ready to release an EP. The first single comes out in September/October time. I am so excited, this is by far the best music I’ve made yet.

To live a long life with lots of love around me and to accomplish goals I’ve set for myself.

I LOVE my morning routine! I start with a workout, a meditation, and I write in my journal. Then I work on my music or whatever projects I have going on at the time. Then, when I’m feeling accomplished for the day, I sit down with a glass of wine and watch a good movie with a face mask on with my guy by my side.

A fresh cup of coffee at the beach with my boyfriend.

It would be quite an amazing experience to speak with John Lennon. I might faint though.

My mom told me to always live a life with good integrity. To be a good person when no one is looking.

The Child Rescue Coalition. I love all the work they’re doing.

My phone, my laptop, and my hard drive. Lol. Is that bad?

I see myself with a really solid team around me fully working on music. I just see all the things I’m doing right now on a more heightened scale. I’m very excited for the future. My biggest goal is to buy my parents a really nice house with all their needs and wants. Maybe that’s a 10 year goal, but it’s gonna happen.

I’ve sat here for 10 minutes trying to come up with an answer. You can’t ask a musician to pick a favorite song 😉

I think the music that I listen to the most is R&B and jazz, but I really have no preference. I love older music, newer music, and literally every genre. Music is so beautiful in general that I think it’s wrong of me to judge any expression of it.

It can be really amazing or really damaging. I love how much it connects us all and how everyone can have this little creative outlet to tap in to every day. However, the dark side of it is pretty dark and makes me scared to ever have a kid one day. That’s why there’s gotta be “on” time and “off” time with social media.

All my socials are @lacimercede. Definitely the most active on Instagram.

Favorite Singer/Artist: There’s definitely not a favorite, but SZA really does something to me.

Movie: “The Notebook” will always hold that special #1 spot in my mind. However, I’m really loving “Waves” right now.

Travel Destination: Been around Europe, but never visited Italy. I’m desperate to go there!

Sports Team: Ohio State Buckeyes football. When your dad is from Ohio, like mine, do you really have a choice?

Tv Show: The Office, Friends, or That 70’s Show every time.

Book: “Mindfulness: An Eight-Week Plan for Finding Peace in a Frantic World” This book got me through a very depressing time in my life and made me an avid meditator, still.