Rachele is best known for her music being played on Sirius XM worldwide. Her first full-length album was produced by legendary rock producer Mutt Lange (Shania Twain/Muse) with two singles that went on rotation 11 times/day on national radio stations. Her single LAST TIME, is featured on the official MTV Soundtrack for the series Siesta Key (MTV), as well as Music City (CMT). Her music has been featured on My Music Challenge (104.3) with Mario Lopez, the TV Series Hit The Floor (as a dance number choreographed by Michael Rooney), (VH1/BET), and on NFL/NBA half-time shows. Her single Tap Dat music video was directed by Madonna’s choreographers Eight & One Productions & features tap crew Syncopated Ladies. Her music is available on Spotify, Apple Music, Tidal and YouTube.

Rachele is giving back with her current release Cold World which is the catalyst for her Women’s Empowerment project where she interviews influencers/celebs like James Maslow and Brooke Lewis about how they are supporting women in the industry as they rise to the top. 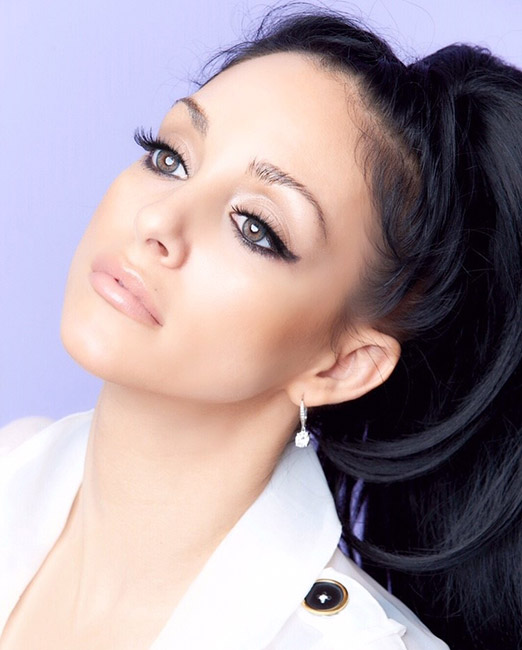 These are all nouns as opposed to adjectives 😉

PERSISTENCE … Keeping the channel for creativity open no matter what is key. We are living in an ever-changing industry and it is easy to get discouraged by trends, social media, sexism, ageism, etc. Just keep moving forward!

Creating content, posting content, writing, singing, etc. Collabing with other creatives, connecting people, promoting others. I do have a job, and I use the term #teamnosleep a lot. Gym, personal life, debt. It’s a struggle to find the time and money to do what I love! However, if someone gave me 100k the first thing I’d do is put a tour together 😉

My friends and I hate to use the term “fans”, but they are the biggest supporters!

My mom had a career in film/TV and then opened 3 dance studios in the Bay Area (2k students!) We competed all over the US; the company kids were singing and acting as well. It was expected to be able to do all 3.

12 years old, I was a series regular on a show called “Adventures with Kanga Roddy”. My grandfather was played by Bill Walsh, coach for NFL 49ers

What is the best and worst part of being an actress and a recording artist/songwriter?

You have your own internal dialogue, and then you have everyone else’s opinion of you. The mind is our worst enemy, but when you have those moments of letting go, that is when the real, organic greatness starts to shine.

How do balance your personal life with your busy life?

We are in the brand new era of women coming into power, and I truly want to empower myself and other women to be independent and not have to sacrifice any part of ourselves for a man who isn’t hip to the new movement. Society has planted this narrative that we’re supposed to get married and have kids; which can lead to people doing it for all the wrong reasons. Contributing and fulfilling our dreams as women have been suppressed for so long. I’m here to fight for us girls, and have fun on the side (for now) LOL

I was signed to CAA when I had a record deal- they put me out for a lead role in a Dennis Leary TV show (sex, drugs, rock n roll) to play his daughter. BEST BELIEVE I hired an acting coach to work with me. It makes such a huge difference, and totally worth the money if it’s a role you really want.

Now tell us about your work in ICE with Jeremy Sisto and Donald Sutherland?

I recorded a song called “Diamond Girl” for the scene. In the show, my handler/pimp/boyfriend is a diamond dealer. He uses me to lure the crowd in and get people to buy the diamonds. I’m this vampy. Burlesque, jazz singer wearing a crazy gown. We shot in Vancouver, Canada at the Orpheum theater. Super amazing experience !!

Women with a story. I lost my mother to suicide and walked away from dad a few years ago. The amount of pain my two brothers and I have been through; it’s enough to paralyze a person. Instead, I take all of that pain and push out art. I want to play the assassin, the witch, the heroine, the queen, the underdog, etc. Substance and grit! Brandon Sammons produced “Last Time” (he has a song on the charts right now with Bad Wolves). This is prob my most cherished song. It’s been played on MTV, Siesta Key, CMT, and was submitted for a Grammy Nomination. Brandon is truly one of the greats, and he helped me make that song come to life. I will forever be grateful for that.

And your music video “Tap Dat?”

Madonna’s choreographers Jason Young & Valeree Young brought in the dancers, including “Syncopated Ladies” (an all-female tap crew that Beyonce has endorsed) … We shot the video at Harvelle’s in Santa Monica. The editor Vinnie Hobbs just did Cardi B’s new video. Quite the group of powerhouses that came together for that vid. The song was produced by Swedish team Tony Nilsson & Mirja Breitholtz. It’s been played on NFL & NBA half time shows, National dance competitions across the US, and VH1’s “Hit The Floor”.

Sold a song to this chick in France, her album went platinum … Her name is TAL.

Which project has been the most challenging and which one your favorite?

Waiting 3 years for Mutt Lange & Tony Nilsson to finish my first album. You’re like “I’m blessed and grateful but I’m also going to die from the wait.” That was emotionally brutal. Also my favorite because 2 of those songs landed on the radio worldwide for a year ½ !!!

What is next for Rachele Royale in 2019?

New teaser vid for “In A Minute” coming soon 😉 … the song is on Spotify/Apple music.

Margot Robbie. She puts her money back into new projects, directs, produces. She’s here to get shit done. A great role model for women & girls.

Bishop Briggs ..whenever I bring her up people don’t know who she is! Listen to her stuff ☺

Rehearsing for the Grammys

I lived in Nashville for a year for a Christian/pop record deal. People who know me personally are laughing right now.

Transcending beyond the human condition. Detaching from false belief systems.

Anything about witches, aliens, and pretty much all stand up comedy

Song: “I Got It” Gorilla Zoe

Sports Team: 49ers (my cousin Jeff Ulbrich was a niner for 10 years, and my mom choreographed for gold rush girls & Candlestick Park halftime shows. It’s required to support them)