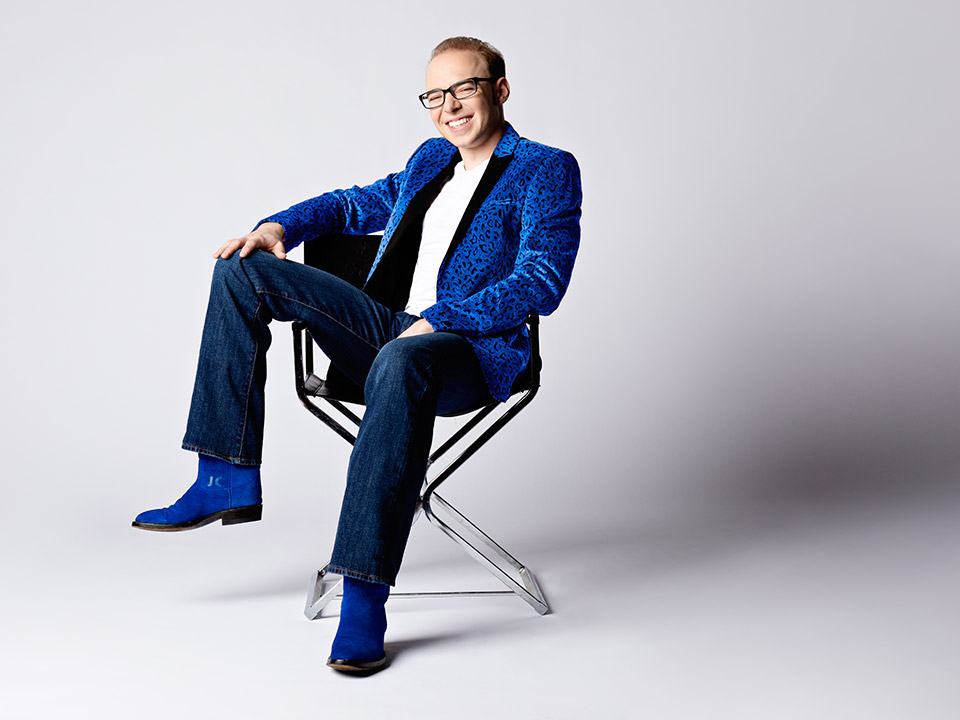 Check our interview with Baltimore-based rock and roll artist, Josh Christina, who is an old soul proudly raised by Jim and Patti Christina with a strong belief in God, country and work ethic. They’ve turned out a polite, well mannered, humble and even a bit shy son (when not on stage) that loves old cars, his family, his friends, his fans and definitely music!

He inherited his musical chops from his biological father (a drummer), his mother (Baltimore-area singer Patti Christina), and his grandmother, who was a big band singer in the ’40’s and ’50’s.

Josh spent the past 16 years honing his sound – a combination of the country, classic rock, gospel and blues he was raised on. And while most artists find the pressures of today’s

Hi Josh, please tell us a little about you?

I’m a 24 year old, rock and roll piano player from Cockeysville, Maryland. I grew up in a musical household, my mom was a singer and my father was a drummer, and when I was six years old, I found Elvis Presley and it changed my life. That led me to guys like Chuck Berry, B.B. King, Chuck Berry and Jerry Lee Lewis. When I found Jerry Lee, that got me into piano and changed my life!

Old-soul, blues and rock and roll! (Not really three words but best I got!)

By far Elvis Presley. He got me into music and singing. Because of my interest in him, I was led to guys like Jerry Lee Lewis and Chuck Berry and of course those two really inspired me to write and play piano. When I was little, listening to Elvis was like an escape and his music and story is really what got it all started for me. Changed my world, really.

It really started when I was ten and one of my best friends and I started doing a Blues Brothers act. We called ourselves the Junior Blues Brothers and would occasionally do shows with the band my mom sang with at the time. Then in 2011, after I had gotten into playing piano, I wanted to do my own thing and started playing out solo and doing shows with my own band.

No I didn’t. I took a few piano lessons from an amazing musician my mom worked with but then after about half a dozen lessons or so, I started teaching myself.

I use to a lot. Not as much now but on occasion I do. I think all artist do sometimes and its good. Sometimes it fires you up do some really cool stuff and do a great show.

Next for me is probably to continue to do what I’ve been doing. Just keep writing and recording music and growing my fan base. Keep climbing the later I guess you would say.

Maybe looking at doing a tour in the Fall out through Kentucky but right now I play a lot on the East coast and around Maryland, DC, Pennsylvania and Virginia. Back in January, my band and I did a tour through the Carolinas and it was a lot of fun. Always fun playing for new people and in new places.

Now tell us about your hit “Let’s Get Woke?”

“Let’s Get Woke” is really my take on piano-driven rock and roll. I tried to combine all my biggest influences, give it my own twist and do it in a way where I could introduce this style of music to a new generation of listeners. If you’re an Elvis fan or an Elton fan, I think you’re gonna really like the song! It’s one of my favorite songs of all the ones I’ve wrote.

What we can expect of Josh Christina in 2019?

I’m sure some more music. Not sure when yet and don’t want to say too much, but there’s definitely some stuff in the works.

I wouldn’t say I’m a huge karaoke singer but in the car, it could be a number of things. Of course the obvious, but I really love old gospel music and find myself listening to that a lot. Can’t really narrow it down to one song though, that’s tough to do, but any old rock and roll, blues, country or gospel, I’m there!

Music is probably my biggest strength, but out side of that I’m a good problem solver and good at coming up with solutions quickly.

Doing what you love and being with the people you love. Pretty simple I think. But of course, being on the beach in the Bahamas somewhere is always really nice and I’d say thats my happy place!

I love working on antique cars. For the last five years or so, I’ve worked on and off as a mechanic at a shop not to far from my house. I really enjoy it! My grandfather and I also rebuilt and antique fire engine that I love.

Not yet, but stay tuned!

Usually pretty laid back, working on music and stuff around the house and then at night, go to work and play some music! Basically music all the time.

I’m really involved in my church so a perfect Sunday would be church and then a gig after.

Not really sure. I do love a good steak!

Easy. If she isn’t a big music fan or our musical tastes are way different.

I can’t really narrow it down to one person, but I’d have to say any of my influences. I’d love to sit down with them and talk music with them, maybe even jam a bit!

Not right now directly. I do play several charity events throughout the year and would love to, in the future, be involved with a charity.

In five years I hope to be touring and traveling more then I am right now. Definitely would love to get married at some point so maybe that? Its a tough question to answer.

Pretty country I’d say. I’m always in boots and jeans and love a good flannel shirt in the fall. On stage, I love to wear some pretty crazy suit jackets or shirts that really catch your eye, but, of course, boots and jeans are always there no matter what.

I think social media has its pros and cons. I think its great for fans to be able to keep up with artist and get a more personal look at them but I think overall it can be a distraction and has really taken away from the good, old fashion conversation.

Sports Team: Not a huge sports fan but I’d have to say the Baltimore Ravens