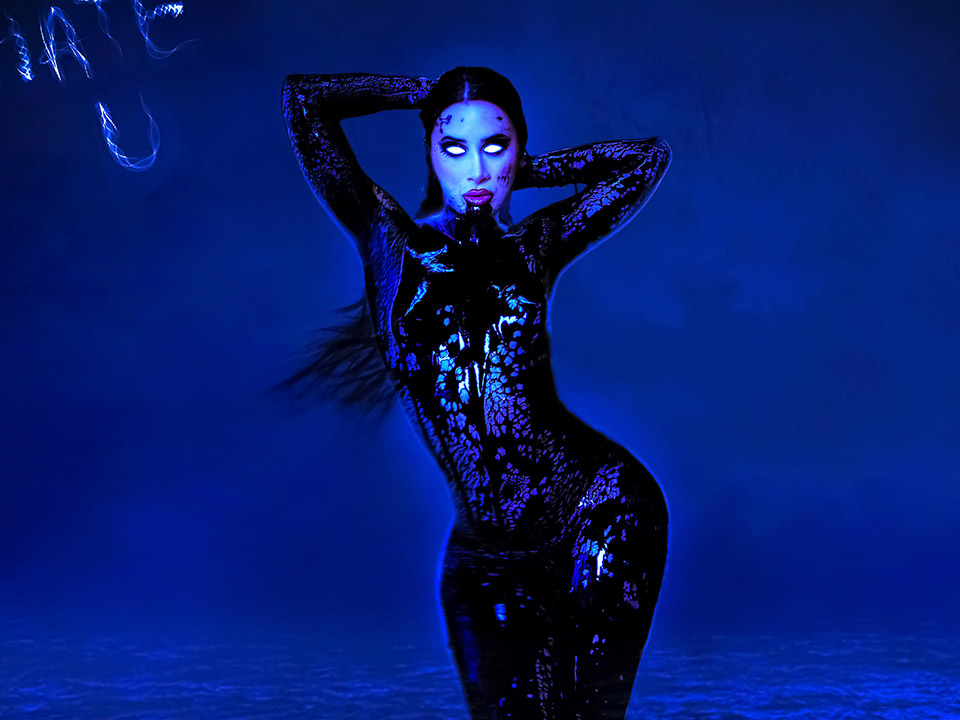 Check out our interview with self-titled “tranny pop-star” Mel 4Ever who just released her new single “I HATE U”, the song is “about releasing that initial feeling of pure hatred when someone hurts you. It’s the feeling of when you want to hurt somebody back because they have hurt you so much. I wanted to use very industrial and intense sounds to portray that visceral, heart throbbing, heated feeling of “hatred”. By recognizing that connection, and not willing to participate in it, makes me hate that person even more.” confides the artist.

Hi Mel, please tell us a little about you?

I’m from Alabama, grew up very religious. Now in my late 20s, I am here to corrupt brainwashed minds and force everyone to forget what they’ve learned and start thinking for themselves through sickening music.

I wanted a trans popstar to look up to, but there were not that many examples. So I took matters into my own hands.

I went from working in a restaurant to performing in front of massive crowds, its changed everything.

I’m influenced by Nicki Minaj, Taylor Swift, Kesha–early aughts pop stars. They were always my escape. Making music was not a choice, it was something I had to do. Tell us about your new single “I HATE U?”

It’s about hating someone who was very close to you. It’s about betrayal–that initial feeling you get when someone you love hurts you.

Walking off stage after a good performance. It’s my favorite feeling.

Don’t be afraid to run away from home, you will figure it out.

“DON’T READ THIS” because I want to confuse people.

I’m working on my second EP. It will be released around spring of next year. Lots of collabs and lots of dancing.

Broke and creative. I just acquire random shit and wear it. I literally never go shopping.