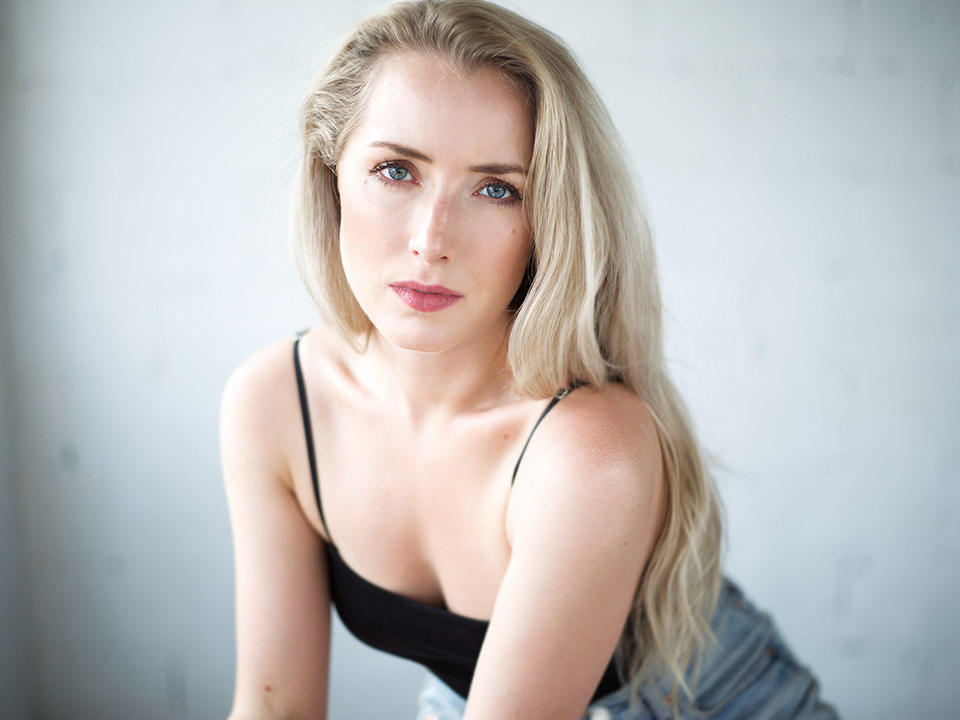 The short film is about violinist James Wong (played by Kenny Wong) who while studying at McGill University, is diagnosed with Focal Hand Dystonia: a neurological movement disorder causing the muscles of a player’s hand to involuntarily contract. Sydney plays James’ love interest Emily Kaine.

He was committed to practicing six to eight hours a day in preparation for a performance exam when he noticed something wrong — the ring finger on his left hand was retracting under his instrument. After numerous visits to the hospital, he was diagnosed with Focal Hand Dystonia, an incurable neurological movement disorder where the muscles of one’s hand contracts involuntarily.

The emotional chaos that resulted from it is depicted in the film as he tries to get a handle on his injury. His pride and fear of failure soon take a dire toll on his love life, his involvement with McGill’s top string quartet and himself.

One thing you should know about me is that I don’t do well with limits, so I will be using many more than three words to describe myself. If I had to choose, I would say TENACIOUS, DRIVEN, GOOFY, ADVENTUROUS, FOCUSED, LOYAL, SELF MOTIVATED….

Brit Marling. Similar to myself, she quit a career in finance to work in film and TV. There’s an interview where she describes working at her former job as her “near death experience” and I can totally relate to that reflecting on my time working as a Chartered Accountant at a Big 4 firm. I love that she switched gears to create her own work and write the roles she wanted to play. She’s an inspiring creative and talented storyteller.

I actually got started acting through my career as a dancer. I trained at the National Ballet School and performed in ballets with the National Ballet of Canada when I was younger. I got to play different characters on stage for thousands of people and fell in love with it.

When my ballet career ended I wanted to focus on acting. I started doing musical theatre and then auditioned for film and TV. Shortly after, I got my first roles on Disney and Family channel shows.

Being an actor and producer has made me more resilient than I ever thought possible, as the rejection is REAL. It’s forced me to trust that my intuition is right and pursue a life with purpose, which has become more and more important to me as I’ve grown up. I always throw everything into my projects because of the choices I’ve made to be here.

Tell us about your work in the new short film “DYSTONIA?”

“Dystonia” is a film that I produced and starred in. It was written by my friend, and talented actor/writer Kenny Wong, who has also written the award-winning feature film script of the same title. It’s Kenny’s true story of a violinist who is diagnosed with Focal Hand Dystonia, a neurological movement disorder that forces the muscles in the hand to contract involuntarily. The film follows James Wong (Kenny) as he navigates the effects of this disorder on his career, his relationship with his girlfriend (me), and his whole life. The film will have its world premiere at the Toronto Shorts International Film Festival on November 15th, 2019 at Carlton Cinemas!

And about your role as Emily Kaine?

Emily Kaine is James’ girlfriend in the film. They have an innocent young love and she does her best to be supportive, but James’ condition starts to put a strain on their relationship. It was important for me to do the character of Emily justice as she is based on a real person in Kenny’s life. <3

As a producer, it’s so rewarding for me to help creatives get their stories told and see projects through to success. I also get to work with really interesting and talented people.

As an actor, it’s difficult to explain in words… but taking on a different character to tell a story is just a great feeling. Acting forces you to be completely in the moment, present and connected with the other person. That’s a beautiful thing.

At the risk of being basic… guac.

That’s a tough one. I don’t think I have one style, and if I ever did it changes all the time. I tend to dress for the weather/ day and what I feel like before I leave the house so it ranges from 1920s paper boy, modern witch, basic millennial, independent Parisian woman, or full sweatsuit but make it fashion. In an effort to save the planet and have fun with clothes, I stay away from fast fashion and shop mostly vintage.

Awkward/ hyper/ always down for food

I’m currently acting in a feature film, called ‘On The Count of Three’, that will be out in 2020 as well as acting in my friend, Mike Ruby’s, music video for his new single. We’re premiering ‘Dystonia’ at the Toronto Shorts International Film Festival on November 15th, 2019 and developing the feature film. I am also developing another Canadian feature film but keeping that one on the down low for now 😉

In this industry, every day is different! But usually…if I wake up to my first alarm I do a quick work out before heading out. (This is rare.) Then, I head to my producing job, take some calls, answer some emails, make some jokes, gossip over lunch. I’ll usually be prepping for an audition or popping over to a casting office at some point during the day. My evenings vary between meditation class, instructing a fitness class at my friends’ studio, acting class, trying to stay hydrated, getting enough greens, and maintaining a social life.

Sleeping in, followed by a cup of chai tea, a big walk on the beach with my dog (Buzz) and dad, catching up on some emails and prepping for the week ahead, then Sunday dinner and a movie in front of the fireplace with my family.

“Syd, what’s the point of asking our advice? You’re going to do whatever you want anyway.” – my parents

I see myself having created my own successful show, producing and acting in it and working with all my talented friends that I am proud to know already. Maybe I’ll have a side business and a dog named Eazy-E. Maybe Jennifer Lawrence and I will be planning a girls trip together. Manifestation amiright??

My favourite song is “Will You Be There” by Michael Jackson. It was the ending song in Free Willy and I had no idea who Michael Jackson was at the time. I made my mom stay for the entire credits roll to listen to the song. It’s a fire song. However, my publicist says I should probably pick a new one. Is John Mayer a safe choice?

I like any music that makes me feel like dancing or staring out the car window in the rain pretending I’m in a music video.

Social media can be really fun, a way to connect, inspire and be inspired but there can be a lot of negative consequences from it. I make an effort to filter the content I consume so that it’s a positive experience. I am extremely thankful for Instagram dog accounts and memes.

Quote: Little beats big when little is smart, first with the head and then with the heart – The Power of One