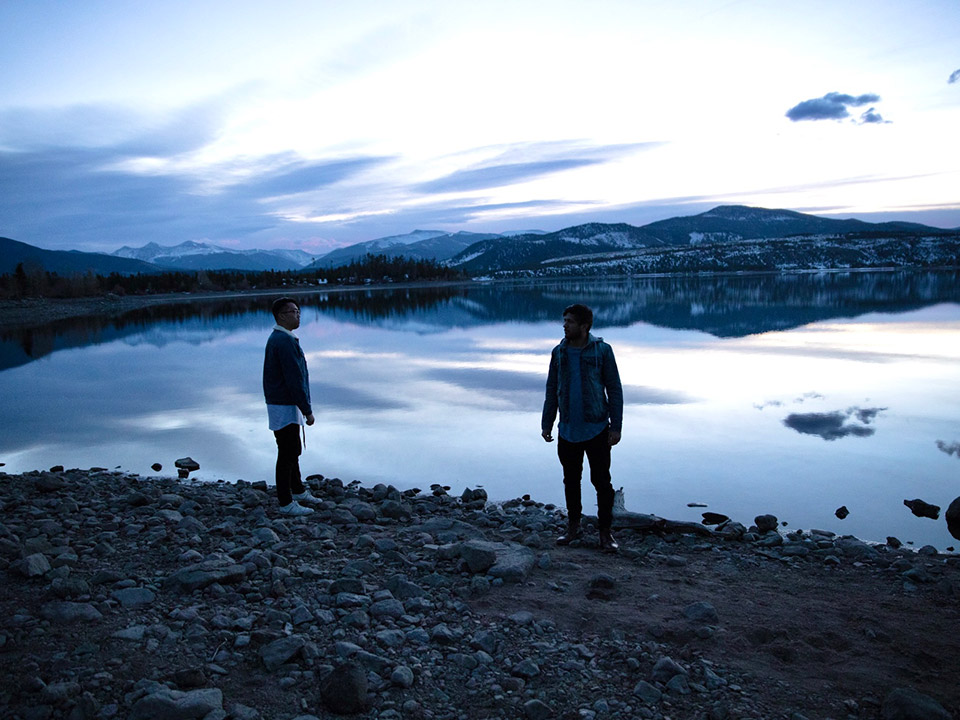 Award-winning, platinum pop production and songwriting duo Chapters (consisting of Simon Jay and Luke Shrestha) is approaching a level of acclaim that few production teams reach. Just recently, Checkmate by Jena Rose went on MTV Music’s top 20, Love Me Low by Ai Bendr was placed in Euphoria’s soundtrack, and Feels Like You by Faime passed 13.5 million streams on Spotify. You can listen to the Chapters discography on Spotify.

Chapters is one of Pop Music’s most unique production teams. Contributing to many of the music industry’s top artists and events, they believe in raising the value of everything they touch. From red-carpet events like the Grammys, the Emmys, the Kennedy Center Honors; to artists like Olivia Rodrigo, Tayler Holder, Ai Bendr, Faime, Gabbie Hanna, Zaryah, Richard Carpenter, Paul Anka, Jena Rose and Madonna, many artists and brands seek them out personally for their expertise and musicality.

Hi Chapters, please tell us a little about you?

Hi Naluda, thank you so much for taking the time to interview us! Chapters is a production duo and we have been making music since age 4 so that has been very influential on how we connect to the world. Music is so fundamentally apart of us we both feel like we can communicate better with music than with words. This is something we bring to every client, whether it’s a major label artist or a brand new artist.

We’ve been lucky to have had many amazing mentors throughout our career, such as producers John Feldmann and the Madden Brothers, the musical director Rickey Minor, and composer Mark Watters. Another key collaborator even to this day is Charlie Walk, who signed Ariana Grande and the Weeknd, has been very influential and has really helped us with his knowledge of what it takes to craft a hit song and how to make superstars. We are very fortunate to have met them and they all helped us learn about so many different facets of the music industry. That information helped us greatly when we decided to take the jump and start our own careers.

These mentors have given us a wealth of knowledge. Learning all of that information from them so early on in our careers has been tremendously helpful. Everything feels like it is unfolding the way it is meant to. Since we started music so young, if we weren’t doing music we would probably be on the streets haha. But seriously we both feel so blessed to be around such good people and such good music.

We really had to think about this one haha. I would say “Organic Melodic Pop”. We love using live instruments and organic real sounds. We also always put a big focus on the melody since that is the thing you leave the listener with at the end of the day. Of course pop because thats the genre we produce in the most. Pop is very blurred now a days so that could be anything from hip hop to country, but if we only had three words I would say those three words are the best way to describe our sound.

Tell us about your work for big names in the industry like Olivia Rodrigo, Tayler Holder, Paul Anka and Madonna to name a few?

We were brought into the Disney+ reboot of High School Musical in 2019 through musical director and producer Cheche Alara. We were able to arrange a bunch of songs from season 1 to be performed by the cast. Every single one of them had a unique voice, but Olivia Rodrigo was an artist that we really resonated with on that project, so to be able to arrange for her and the cast was an amazing experience.

Tayler Holder is another artist that we really resonate with. He has an incredible amount of dedication to music and bringing his story to life in his music has truly been a gift. We’ve travelled all around the country with him and been able to work with some of the top writers/producers in the industry on his project.

Paul Anka is actually a really funny story that is almost unbelievable. He came into the studio and we recorded a choir for his next album. It was almost 1am and he turns to us and says, “can I jump in the vocal booth? I had an idea. Also, I need a piano player for this song.” So here we are in the middle of the night recording Paul Anka’s vocals and playing piano for this album. It was such a surreal experience. We’ll make sure to send you the song when it comes out!

Madonna was another project that materialized in a really interesting way. We remixed the song “I Rise” with our friend DJ Irene, one of the most influential and iconic female DJs in the game. It was such a spur of the moment session and I think we only got one day to complete the whole thing. It ended up going No. 1 on the Billboard Dance Charts.

And about the latest release with Tayler Holder “I Hope?” What’s the story behind the song?

“I Hope” is the story of Tayler falling in love with a girl who’s still in love with her ex. He came into the studio one day and was head over heels about this girl, we actually ended up writing a love song that day. A few weeks go by and she kept talking to her ex. They kept trying to make it work but in the end they parted ways. It was a personal experience for him since Tayler is such a hopeless romantic. But I think he’s really grateful for the experience because it’s allowed him to channel it into his music and really make something that represents what he went through. All of the lyrics in that song are 100% true. 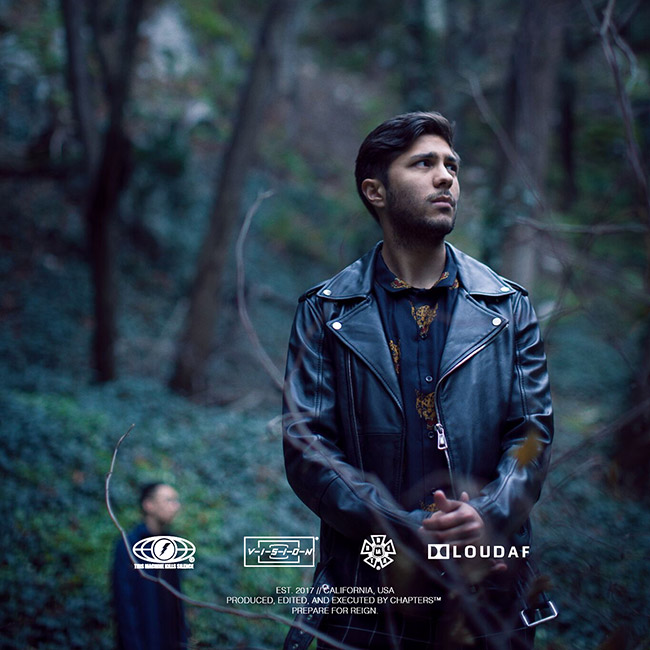 Honestly enjoying the process of making art for a living is incredibly rewarding. Both of us are really grateful for each other and this amazing career that we’ve created together. We’ve built this all-star team of writers, producers, coordinators, engineers, musicians, and managers. The fact that we get to spend every day with them and build projects and artists together is the best.

There are a few really solid ones. Obviously ‘Rich Dad, Poor Dad’ is the gold standard of building a business. But Naval Ravikant has great podcasts and twitter threads about inner peace and happiness while also building businesses and being entrepreneurs. We’re both really big on meditation and personal growth but also realizing our fullest potential and always putting in 100% effort.

Simplify simplify simplify! Simplifying things so you understand them on a fundamental level is so important. The fundamentals of almost anything are usually pretty simple when you break it down but most people are quick to think the solution is more complicated. Most of the problems we’ve had we always end up settling on the simplest answer. 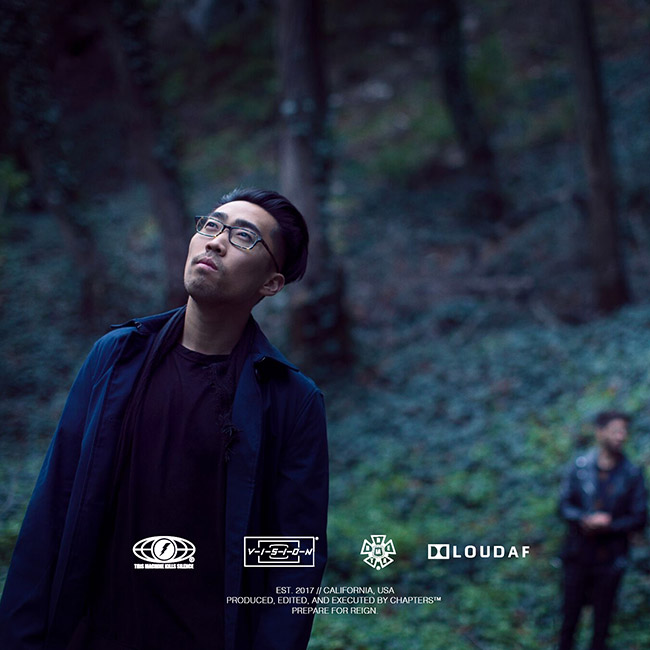 Another big aspect of our careers is our work in film/TV. We just started a bunch of new TV shows and a few movies that we have music in are coming out later this year. Lookout for our posts on socials, as we can’t quite mention what they are yet, but we’re so excited to share these. Seeing our music on the big screen is always surreal and when we hear how our music adds emotional value to a scene in a movie or TV show, it is the pinnacle of storytelling for us.

It’s also been so cool to see our artists gain audiences through our film/tv placements. Last year we had a song on Euphoria and the artist Ai Bendr gained her first fans through that placement. We’re looking forward to more of that this year and seeing how we can continue to grow our artists careers.

Both of us are very simple with our fashion style. We each have a few pieces that we really love and are staples in our wardrobe. But for the most part, the best thing you can wear is your confidence and your personality. It’s the same concept with producing music, all of the tricks and tools in the world can’t bring out what’s not there.

Happiness is not peace of mind, happiness is peace from mind; so having that internal quiet and not being at war with yourself is peace. We are always working on ourselves and working out things that aren’t leading to a prosperous and peaceful life. There will always be external problems or things going wrong, so learning how to absolve any internal problems we may have, always brings us peace.

Focus on what you can control, forget the rest.

We volunteer at a few camps across the country. We volunteer with Phoenix Children’s Hospital in their children’s cancer unit every year. We get to write songs with them and help them express feelings that they might not know how to share. In the music industry it’s easy to get lost in the day to day grind so it’s important to take yourself out of it every once in a while and remember why we make the music in the first place.

I think for the most part we’ll be doing what we’re doing now but hopefully we’ll be more knowledgeable and all around better human beings. We try to not focus on things we cant control but rather we try to focus on what we can control. Right now we are focused on our personal growth so we can be the best leaders and collaborators to the people around us.

Our instagram handle is @chaptersmusic. Our individual pages are @luke_chapters and @simon_chapters. Our website is chaptersmusic.com where you can listen to our select discography as well as see pictures of our studio. Thank you so much for taking the time to interview us Naluda!