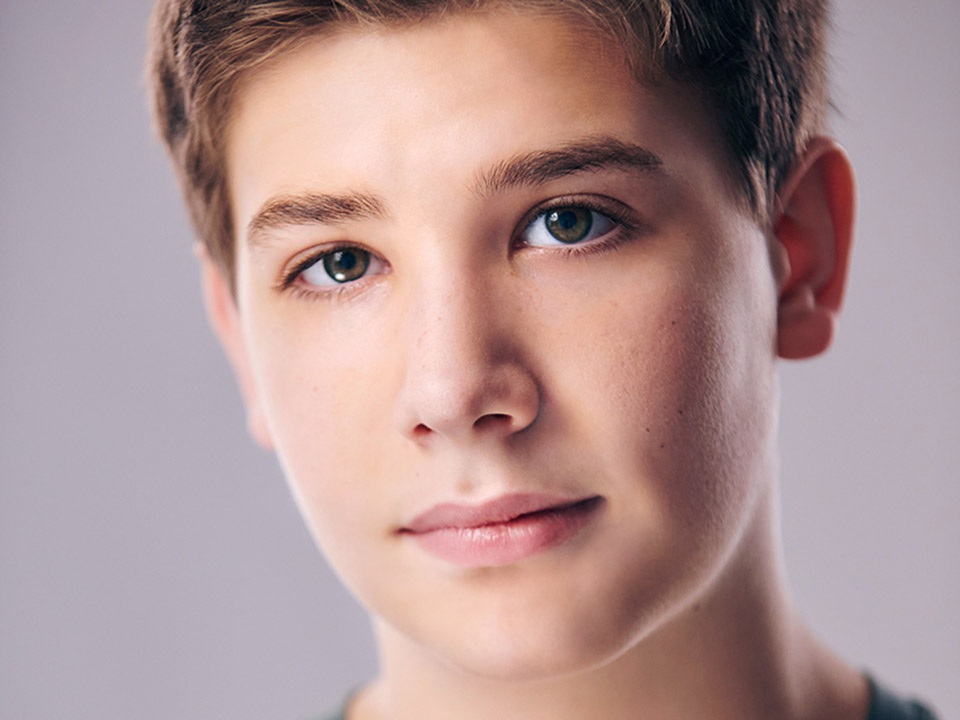 Check out our interview with singer, actor, dancer and writer Joshua Turchin.

At just 9 years old he made his Broadway National Tour debut in A CHRISTMAS STORY the MUSICAL playing Randy for which he was awarded the Broadway World Award of Best Actor. Since then, this young multi-hyphenate hasn’t stopped working, performing in countless off Broadway productions, another National Tour and he was the youngest entertainer to star in FORBIDDEN BROADWAY: THE NEXT GENERATION for which he is also on the cast recording. He performed as Flounder in THE LITTLE MERMAID LIVE to FILM at THE HOLLYWOOD BOWL alongside LEA MICHELE and HARVEY FIERSTSTEIN, TREVORLIVE LA 2017 with KRISTIN CHENOWITH and recently worked on a developmental lab for a new ANDREW LLOYD WEBBER musical.

Joshua is the Host, Writer, Musical Director and Accompanist for his own Comedy- Variety-Talk Show, THE EARLY NIGHT SHOW, which showcases stars from Broadway, TV and Film, can be heard globally on iHEART RADIO and iTunes. Passionate about charities that use music to bring happiness to others, he works closely with The Actors Fund, BC/EFA, Camp of Wings Friendship, Sing for Hope and The Ukulele Kids Club where he serves as an ambassador. 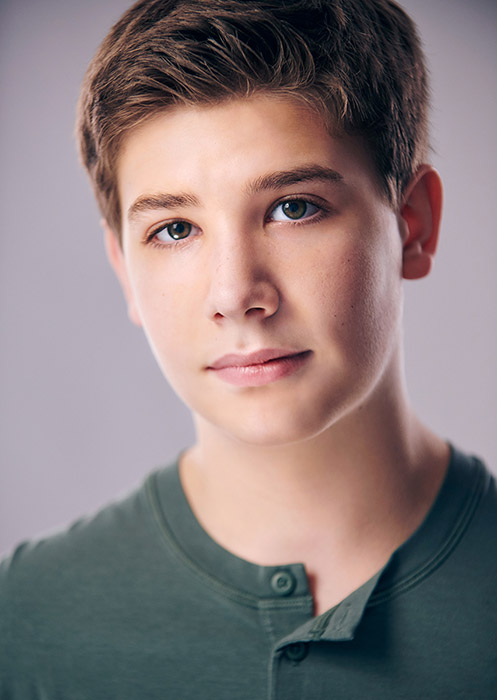 Hi Joshua, please tell us a little about you?

Hi! I am an actor, singer, composer, musician, writer, and dancer who loves music, theater and Disney!

Ever since I could reach the keys on my piano, I have been playing some sort of instrument. I started taking formal piano lessons when I was 5 and my piano teacher suggested I start voice lessons because I was matching pitch well. The voice teacher suggested that I take acting classes and dance classes. So, I did and loved it all. I went out to NYC for a summer program for 3 weeks when I was 8 years old and met with an agent who had heard about me and signed me. I started working right away and have been in the industry ever since!

Who influenced you and why did you choose to make and write music?

From a very young age, I have just always heard melodies in my head and started writing them down. There are several composers who inspire me, especially Alan Menken who wrote so many songs from my childhood.

Yes! I play more than 11 instruments! I am a professional accompanist (piano) and have music directed and accompanied many Broadway cabarets throughout NYC. I accompany and music direct Broadway/TV/Film kids and adults on The Early Night Show Live Virtual Edition (www.theearlynightshow.com). We are actually doing our first live show of The Early Night Show in over a year at the incredible Green Room 42 in NYC on April 9!

Not really anymore. I try to channel any nerves into excitement!

Tell us about your work on THE LITTLE MERMAID LIVE to FILM at The Hollywood Bowl alongside Lea Michele and Harvey Fierstein?

It was SO AMAZING!! Harvey was so much fun to work with and he was incredibly supportive and nice. Lea was really nice and is so talented as well! For me, the opportunity to bring Flounder to life in front of Alan Menken was so surreal! While I was playing Flounder, I found out that the musical I composed and wrote (The Perfect Fit the Musical- The EP released by Broadway Records is available wherever you download music with an all star cast) was accepted into a NYC Theater Festival and I was able to share the exciting news with Mr. Menken!

And about your work on season 4 of THE MARVELOUS MRS. MAISEL and SCHMIGADOON on Apple TV?

While I can’t share too much because neither have been released yet, both were a lot of fun! Working on Schmigadoon was one of my first Covid jobs other than my musical that we got to work together in person. We all had to be covid tested and we recorded our songs from a recording studio in NYC. I used to do a lot of work at that studio pre-covid, so it was great to go back!

The cast and crew on The Marvelous Mrs. Maisel were incredible! I had 5 covid tests to prepare for my time on set. I also binge watched the series. Walking on the set after watching the show every day for a few weeks was so surreal and so much fun!

Now tell us about your own Comedy-Variety-Talk Show, THE EARLY NIGHT SHOW?

It’s a lot of fun! I started The Early Night Show when I was 11 years old as a live musical comedy cabaret. It helped me learn to music direct, host and accompany others and I really loved it! It was fun for me to perform and give others an opportunity to perform in between shows and jobs while raising money for different not-for-profits. Once Covid paused everything (including a new Off-Broadway show that I was in rehearsals for), I decided to transform the live version to a virtual platform. We went live on March 16, 2020 to support The Actors Fund. The show was picked up by the Broadway Podcast Network so The Early Night Show Virtual Edition can be heard internationally wherever you can download podcasts, and it can be watched as a webseries on YouTube. My one year anniversary of the virtual edition is on March 16, and the 85th episode will be released on March 19. I have accompanied performers on over 200 songs in the past year and sang over 85 songs. I haven’t repeated a song yet!

It’s so rewarding to bring a story to life through song. I also find bringing a character to life very rewarding. What’s not rewarding is working really hard on a new orchestration or song and my computer crashes and I lose it all!

2021 has already been a really great year! I can’t wait to perform live more at The Early Night Show Live shows (tickets here) and am excited about a lead part in a new secret voice over animation project that I will hopefully be able to announce soon.

Waving Through a Window from Dear Evan Hansen- I just love the song and I got to sing a parody version of it nightly when I was in Forbidden Broadway.

Lin Manuel Miranda- bc he is absolutely epic and an incredible role model for those of us who are performers and creatives.

Write what you know!

I get up around 8am and start school. I log into class connects (if/when I have them) and complete my school work until lunch. I usually finish around 1 or 2, depending on the amount of work and number of essays I have to write. Then, I do any self tapes, take a voice lesson, and work on music. I take a break at different times of the day to go for a walk or do a class on the bike. If I don’t have a lot of auditions or things to finish, I sometimes come up with a song or arrangement for TikTok or go live on my Twitch and stream. I usually read and then go to bed around 10:30 or 11.

I can often compose and write a complete song in under an hour.

Having a lazy morning, orchestrating and writing some new music, and playing games on twitch and streaming.

Waving Through a Window 🙂

When all components of a song that I am working on come together. I guess that’s kind of like a metaphor for life, too.

Yes! I am a very proud ambassador for the Ukulele Kids Club (www.theukc.org) and am so excited to be singing and playing ukulele in their UKC Broadway cabaret with some amazing Broadway performers on April 8th! I also support The Actor’s Fund and have raised a lot of awareness and financial support for what they do through The Early Night Show Virtual Edition. I am also very passionate about The Friendship Journey/Wings of Friendship and Broadway Cares Equity Fights Aids. I also do a lot for my family’s not-for-profit called Betty Cares. Overall, I think it is really important to give back to our communities.

Someone who smokes/vapes and is disrespectful of others.

I will have graduated from college and will hopefully be working on Broadway, or a TV show, and composing more musicals and scoring films!

Very simple. I have a favorite blue shirt that I wear. I have 7 of them.

I think it’s a great place to be creative and connect with friends. I don’t like that a lot of bullying and group think mentality can happen because of anonymity, however.

Quote: If you love what you do, you will never work a day in your life.

Sports Team: Miami Dolphins (but only because dolphins are my favorite animal)