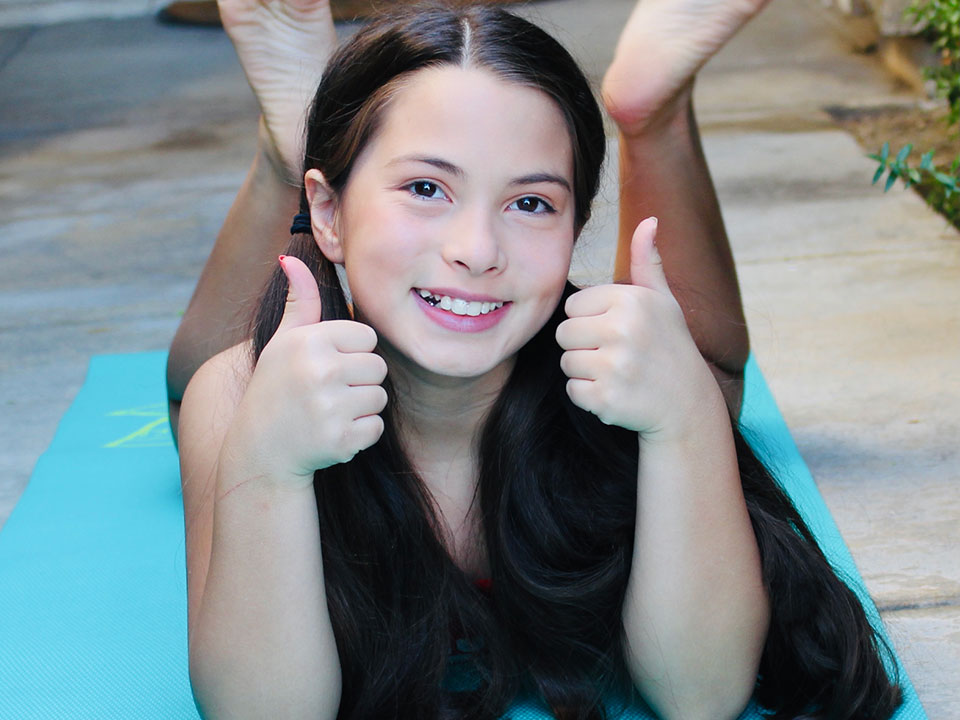 Check out our interview with singer, actress, host and dancer Reese Warren.

Reese plays the role of Bella in the feature film ACE & THE CHRISTMAS MIRACLE and she can also be seen in a supporting role in the film BECOMING A HERO. Some of her other film credits include playing the role of Julia in the film SCHOOL HOUSE BLUES.

At nine years old, Reese became a champion tap dancer at the National Countdown Competition. Three weeks after she turned ten years old, she became the youngest TAP medallion recipient with The Artists Project. Reese is currently a co-host with Ryker Baloun for The Artists Project You Channel, The Artist’s Report, and she is a reporter for FTS Kids News. 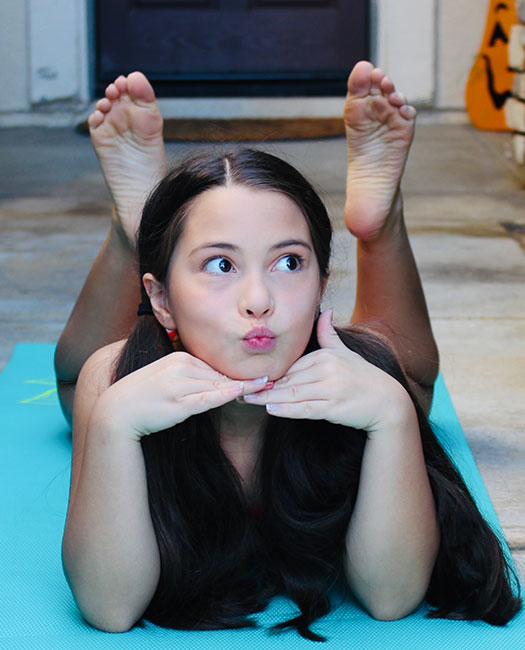 Hi Reese, please tell us a little about you?

Hi! I am short with long thick hair. I am kind and like to make friends. I like to laugh and have a good time. I love to perform. My family and friends mean the world to me. I love the Lord and I want to help make the world a better place.

My parents are my biggest supporters and my Grandma

I have a crazy schedule. J A typical day for me is waking up around 7:30am. After breakfast, I do school work, then I practice any scripts I am working on for acting class and then I do about 2.5 hours of music practice. On the days I have acting class or music class, I work my practice around that. AND… I often have auditions on top of everything else. PLUS, I need to film for my You Tube channel and always need to take new pictures for my social media posts. I film and take pictures about 2-3 days per week right now.

When I was three years old, I saw an episode of Toddlers and Tiaras and I told my mom I wanted to do that. Soon after I won my first pageant title and started performing from that point on.

There are so many great things that have happened in my life since I chose this journey.

Without question the BEST part of being an actress is booking a job! Being able to work doing what I love is the best! The worst part is not getting feedback from people that could potentially help my career after an audition.

Tell us about your work in “ACE & THE CHRISTMAS MIRACLE?”

I had so much fun working on Ace. Ace was my first feature film. I had two lines in it and we had to shoot it during Covid. My scene was shot at a winery and I played opposite two of the leads.

And about your role as “Bella?”

My character Bella is a sweet little girl who talks to one of the leads in a pizzeria. Some of my friends were also cast in the movie and we had a great time working together.

Now tell us about your supporting role in the film “BECOMING A HERO?”

Becoming a Hero was shot mostly at my dance studio. Two of the leads are great friends of mine. In fact, one of them is my long time dance partner,Dean Norris Jr. So, when they were looking for a dungeon girl, they told the director about me. I was lucky enough to get the part! I have one line in it with one of the leads. It was really fun.

I feel like I am stronger in comedy, even though one of my acting coaches always gives me drama to develop me more in it J. I like roles where I can act, sing and dance in the role. I have been training since I was three to do roles that would allow me act, sing and dance and that’s what I love to do. I also like to voice anime characters. I really like voice over acting and I love anime, so it would be cool to be a voice of an anime character on a anime series. 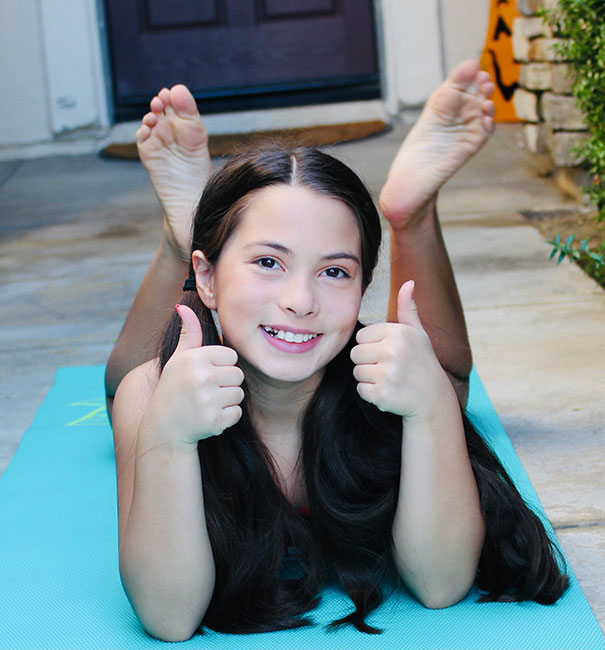 I walked in New York fashion week for Marc Defang and three other designers. I was in the Promo for Sad Alex song Stockholm’s a Ghost Town.

I was in the music video for Marsaille Wells Shine on Butterfly, in an Ethose Life Commercial. I was also the voice in an LOL Surprise Commercial.

Now about tell us about when did you start dancing?

I started dancing when I was four years old with ballet and tap dance. Tap and hiphop are my favorite dance styles.

Tell us about the feeling to be the champion tap dancer at the National Countdown Competition?

When my partner and I won 1st overall at Nationals and became National Champions it was the best feeling in the world. The competition was extremely tough and to win amongst our peers was amazing.

Did you take dancing classes?

My advice for aspiring dancers is the same for anyone who is trying to make it in an industry that is super hard to get in to… Don’t do it unless you love it. Be ready to make sacrifices and work hard. Don’t be late and treat everyone with respect.

What do you love most about dancing?

I love to dance so that I can express how I feel with the music.

You are followed by so many young girls. How do you feel about that pressure of doing always the right thing, and encourage people to follow their dreams?

I love my fans so much. I don’t really feel pressure, I feel a responsibility to them. I want to make sure they know their worth and to not let negativity get to them. I want them to know each of them are beautiful and appreciated.

I am most inspired by Millie Bobby Brown and Taylor Swift. I am also inspired by Justin Beiber. Taylor and Justin have gone through so much negativity in this industry and they have come through it stronger than ever. Millie was so young when she became mega famous and handles it with grace. Their strength inspires me to work harder and to stay focused on my goals. They help me to remember to surround myself with positive relationships and not let negativity get to me.

What you see on the internet is not real most of the time.

You can expect me to keep working hard toward my goals. I am releasing original music in 2021. I am launching my merchandise. I hope to book a reoccurring role, a role where I am able to act, sing and dance.

The Lord, My Family, My Passions, Water, Internet

My Nana. I was very young when she passed and I never got a chance to really get to know her.

My favorite song right now is, Departure. The opening song to Hunter Hunter. It makes me want to sing along every time I hear. It gets me really energetic.

My role model are my Mom and Taylor Swift.

One of my strengths is confidence.

I spend my spare time hanging out with my family and friends. I also love to watch anime and play videos games.

One of my future plans is to go on tour and to play with some awesome artists.

I like all kinds of music. I think my favorite music is country music.

My mom would say that I have a hidden talent for drawing. I like to do flips on my trampoline.

I think my style is casual trendy.

Where would you like your career to be in the next 5 years?

Following in Taylor and Justin’s footsteps, I plan on being established as an artist. I hope that I am on a show where I can act, sing and dance and then tour and make music during the show breaks.

Relaxing in bed watching TV with my Mom and my cat eating charcuterie.

What do you think of Social Media as you are a huge influencer in this category?

Book: How to Draw Anime

Quote: You are restrained only by the walls in the box you build yourself.