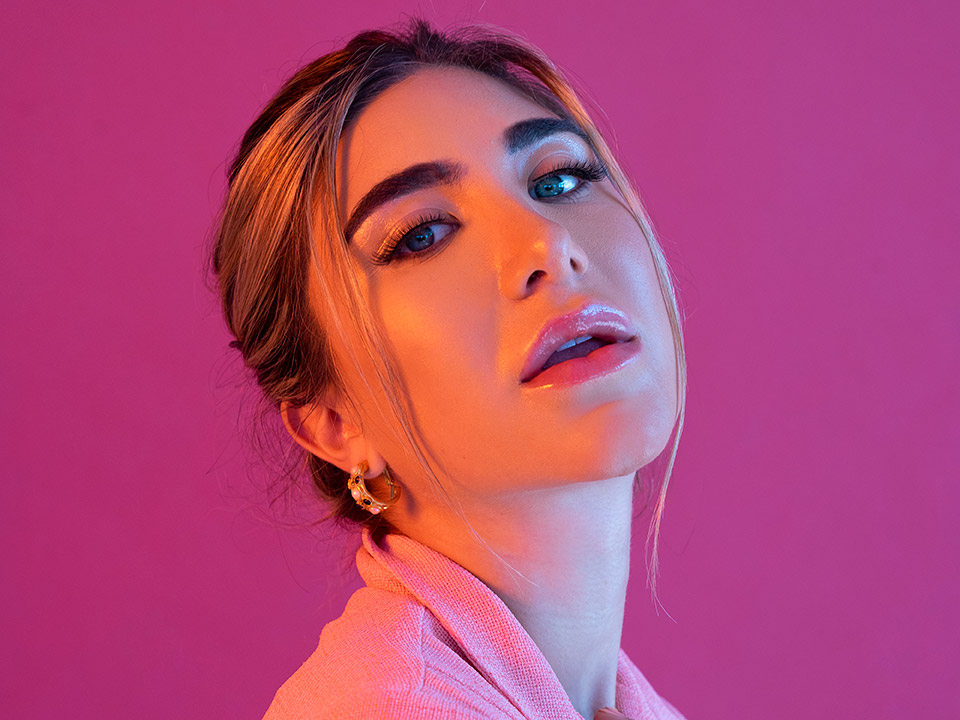 Check out our interview with Paris-born, New York City-raised and Los Angeles-based singer and songwriter Alexia Rev who just released her new single “Drop Down” today!

Alexia is an “anti-genre” pop artist whose music is making waves on both sides of the Atlantic. The secret glue to her songwriting is a fixation on the universal essence of “the groove.” She often proofreads new songs by blasting them with her eyes shut to see how they evoke movement. As she puts it, “If I groove, I feel. If I don’t groove, the song is not good enough.” To date, her danceable retro pop has been highlighted by global tastemakers such as LeFutureWave, The Hype Magazine and A&R Factory. Her debut single, an upbeat summer anthem titled “Lemonade,” received nationwide airplay in stores like H&M and Target.

Hi Alexia, please tell us a little about you?

My name is Alexia Rev and I am a singer and songwriter based in LA, bred in NY, and born in Paris. I like to think that my music is quite genre-less but through the ambiguity my goal is to make the listener feel outside the constructs of a genre. I grew up in a household bleeding of music, my dad is an incredible singer and he is Moroccan, so I was surrounded by his influence. My mom’s family are all classically trained musicians and they were actually saved by music. They were hiding during the Holocaust and the way they hid their judaism was by playing classical music for Nazis. It is an insane story and I like to think that music saved them. Growing up, I loved to perform. I did ballet seriously until I was 17, so being on stage was my life. All of my roots created this passion of storytelling, I story tell through a melody, through my voice, and through my lyrics. Many times, my story is felt through the heavy bass and not through these elaborate lyrics. I tend to feel things with my whole body, so melody is crucial for me. Other times, my story is conveyed with deep poetic lyrics. I write music that makes me feel and my hope is that it translates to the listeners.

I finally feel like I am living in line with who I’ve always wanted to be. I felt immensely creative and I shut that down to focus on school. I was partying and I felt like cyclical mess. I was on the verge of panic attacks, and I felt like I was letting myself down if I did not pursue music. Now, I feel lighter, and I am happy to be doing what I love everyday .

I always had written poetry growing up and sang. But I never knew that people did both. I also did not know that I had the choice to be a songwriter. I began writing music intuitively, I had no formal training, but I knew the structure of a song because I constantly listened to music. I began to study pop songs for fun, and I saw that there was a way to write: verse, pre, chorus, bridge etc. Obviously now I don’t over focus on structure but that is certainly my backbone and I think it will always be important to me for a song to have structure. I am a perfectionist, so I think that makes sense. I had a friend who was a songwriter, and I thought: I am talented, let me do this. It was an uphill battle, I stopped pursuing music for a bit because of the pressure I felt to succeed. It wasn’t until Covid that I released my first song and the lack of stress allowed me to write music for enjoyment. I wrote over 20 songs in a few months, and I was shocked. I loved every single song. I needed to let go of the pressure to succeed and just be. And voila, I knew if I did not pursue this than I would regret my life. And regret is my biggest fear. 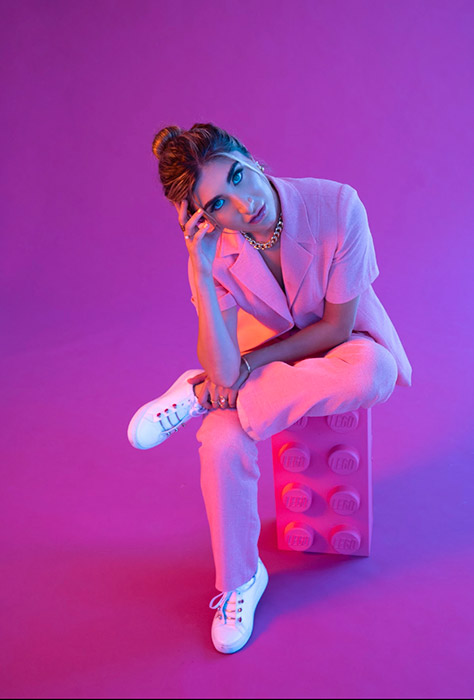 Hallucinegenics by Matt Maeson – It is the perfect song in my eyes….. and ears. Every lyric is intentional and it evokes such powerful emotion. The song is profound and the lyrics are the perfect marriage for the melody. Everything is tied together. I also think it just takes me to a forest. I don’t know how to explain it but this song transports me to his world.

Writers block is not a creative block, it is a an ego block. You’re not blocked, you are just so scared of failing that you cannot begin.

What’s next for Alexia Rev in the last months of 2021?

In the next months, I will be releasing a song every month! The songs include a very exciting collab with a very talented artist: Sammara Lennox and a song that highlight the loneliness I felt moving to LA. You will definitely feel surprised by the difference in these tracks.

Tell us about your new single “Drop Down?”

Drop Down’ was invented through a melody. I was in my car (which happens a lot) and the hook melody came to me. The second I made it home, I worked on the concept. I imagined a 50s housewife alone in her house, crying and throwing her TV. The concept was clear visually. But how did it relate to me? Well, I was dating in NY and all of the men claimed they were woke and feminists but it was all an act. The act they were all playing to get women. I saw these men march for women’s rights but gave the women in their lives no respect. It angered me and the performative nature of their support set a fire within me. However, I questioned my anger because I would still go back to the same type of toxicity. I had a complex pull towards the chaos and facade they put out. I had clear production inspiration. I created a playlist filled with artists and producers like Mark Ronson, Dua Lipa, Bennee, King Princess, Prince and Tayla Parx. I wanted a sexy bass and a beat that would pull you to move. The song flows through different eras and it is due to the cross generational inspiration we used to produce the song. Play this song in a sweaty club or while stuck in traffic, it molds to your ears and soul.

No such thing as cheating.

Quote: “Serve the music and the music will serve you”- Frank Bell (fellow songwriter and artist)