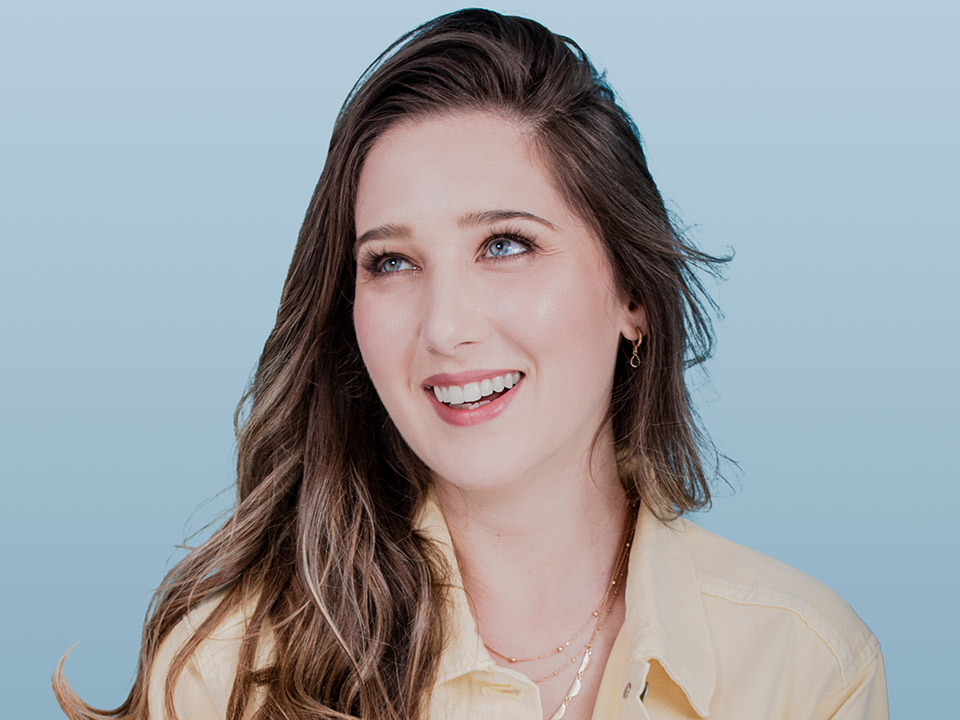 Check out our interview with singer-songwriter, vocalist and actress Heather Youmans who just released her new single “Worth It” today! “Worth It” is like a Martina McBride country power ballad mixed with a raw, emotional pop vocal performance evocative of Kelly Clarkson and P!nk. The track is grounded in the idea that “great love isn’t easy but WORTH IT.”

Music fans will recognize me from the Flicka 2 soundtrack with Clint Black, Season 1 of Fox’s new singing show “I Can See Your Voice,” (watched by 4 million viewers) or from this viral video on TikTok (3.6M) singing the anthem for Major League Baseball with a crazy amount of stadium delay.

Hi Heather, please tell us a little about you?

I’m a singer-songwriter, vocalist, actress, bassist and tap dancer from San Diego, but I currently live in LA. My music is sunshine and good vibes, mixing pop, rock and country. Some people jokingly say I could be the fourth HAIM sister!

Music fans may recognize me from the Flicka 2 soundtrack with Clint Black, Season 1 of Fox’s new singing show “I Can See Your Voice,” or from this viral video on TikTok singing the anthem for the Oakland A’s with a crazy amount of stadium delay.

I’ve been in this business since I was kid! I started out as a child actor working in musical theatre, TV and film and then found my way into the music industry at 13. I practically grew up in the recording studio, and was lucky enough to sing among great musicians like Sting, the late Natalie Cole and countless A list session musicians before I could even drive a car. I’m so blessed and thankful. Through the years, I’ve written and recorded original music played on Top 40 radio and in major motion pictures, including 20th Century Fox feature film Moondance Alexander starring Don Johnson, Kay Panabaker and Sasha Cohen. My songs are also featured in the movies Flicka 2 – alongside country music icon Clint Black – and Marley and Me 2: The Puppy Years and High Strung, which premiered at Hollywood’s TCL Chinese Theatre and released in theaters nationwide.

Music has always been in me. I’ve just spent my whole life looking for ways to let it out. The music I make is influenced by a range of dynamic women in music, including: HAIM, P!nk, Kelly Clarkson, Sheryl Crow, Alanis Morissette, HAIM, Hayley Williams, Fiona Apple, Joss Stone and Donna Missal.

I play a little piano and guitar, but my main instrument is bass guitar. I started learning bass as a teenager after I sang for and met Sting at a Unicef benefit in Beverly Hills. Once I saw him singing and playing bass at the same time, I knew that was something I wanted to do. 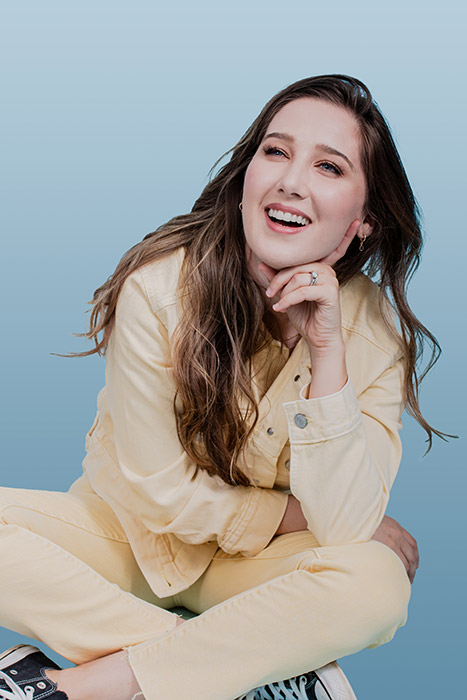 I’ve sung for 30,000 people at a time in a stadium and I only get nervous for the first few lines, and then I just go to another place, mentally. The only time I truly get nervous is during auditions, which are just strange by nature.

Tell us about your new single “Worth It?”

“Worth It” is inspired by iconic Martina McBride and Faith Hill power ballads from the ‘90s and early 2000s, but with a raw, emotional pop vocal like Kelly Clarkson or P!nk (especially the ballads on her I’m Not Dead album). The track is grounded in the idea that “great love isn’t easy but WORTH IT.” The music video features my real-life husband, who I wrote the song about and – ironically enough – was randomly cast as my love interest in another music video I put out 10 years ago. We first met at a recording studio when we were teenagers and he was my guitar player and long-time friend several years before we dated. Fast forward to the present and we’ve been married for over six years.

“Worth It” chronicles the journey of two lovers, who despite their differences and life challenges, always find a way to ‘make it work.’ Marriage isn’t easy. Nobody gives you a guidebook to navigate it. We’re not perfect. My husband and I got married young, and we’ve had our bumps, but we learned how to grow together and we still play music together to this day. I hope “Worth It” reassures couples everywhere that it’s ok if love isn’t perfect. It’s not meant to be. That’s what makes it beautiful and worth it. This serves as the third chapter to my artist project, which is a commentary on happiness.

Making people feel something or see life in a new way.

There isn’t one way to achieve a goal. Create your own path.

My closest friends would say I have my head in the clouds and that I’m extremely talkative, loyal and compassionate.

What’s next for Heather Youmans in the last months of 2021?

I’ve got a little TV surprise in store for everyone this winter, and I’ll be singing the national anthem for a major LA sports team at Staples Center. Songwriting for my upcoming EP will also be a major focus. The fan reception of “Worth It” will determine the direction of the record, and if it will be more rock or country. 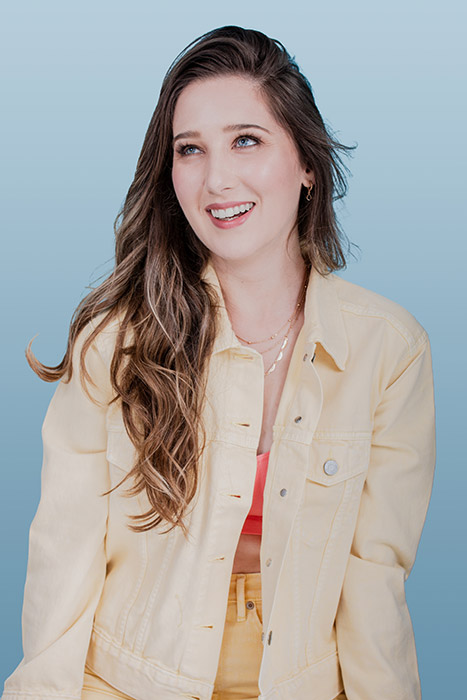 My style is sunshine and good vibes. I wear a lot of yellow, and I love overalls.

I love that you asked the question in this way, because happiness is truly how we define it for ourselves. For me, it’s love – both finding love and being loved.

People know me as an “eternal optimist,” someone who always seems to find something to smile about. But, happiness isn’t perfect, and feeling happy all the time is a myth. Truth is, we all get a little sad sometimes. My definition of happiness is always changing, because it’s a journey. What makes you happy today may not be what makes you happy tomorrow.

I’d love to meet my biological grandfather. He died from a brain tumor at 25-years-old, when my dad was just 5. I wish I knew what he was like, and I’d give anything just to have one conversation with him.

To not make my happiness and self-worth dependent on other people’s opinions of me and my art. That’s a slippery slope in this business.

I’ve sung a lot for charities through the years, from Unicef and Doctors Without Borders to the American Cancer Society and Children’s Hospital Los Angeles. I do what I can to create change as a performer.

In 5 years, I see myself continuing to make the best music of my life and – in some cases – self producing it. I’d love to tour with a larger artist and continue my work as a session singer for TV shows and movies. I’m super curious and a born creator, so by that time I’ll probably learn drums too!

I have so many favorite songs, but “Come Away With Me” by Norah Jones was my first dance song at my wedding, so it will always be special to me.

Social media is an evolution of our society. It’s problematic, but necessary at the same time. We’ve been through a lot in the past few years and social media managed to connect us through it all.

I’m @heatheryoumans on Instagram and Twitter; @heatheryoumansofficial on Facebook and you can follow me on TikTok @heather_youmans. If you’re in the LA area and want to hear me perform live, go to heatheryoumans.com for show dates and new music!

Book: Wild: From Lost to Found on the Pacific Crest Trail by Cheryl Strayed

Quote: My favorite quote is from “The Curious Case of Benjamin Button” film, and it’s the same quote that inspired “Worth It”:

“For what it’s worth: it’s never too late or, in my case, too early to be whoever you want to be. There’s no time limit, stop whenever you want. You can change or stay the same, there are no rules to this thing. We can make the best or the worst of it. I hope you make the best of it. And I hope you see things that startle you. I hope you feel things you never felt before. I hope you meet people with a different point of view. I hope you live a life you’re proud of. If you find that you’re not, I hope you have the courage to start all over again.” – Eric Roth

Tv Series: It’s a tie between “You” and “Emily In Paris” on Netflix.