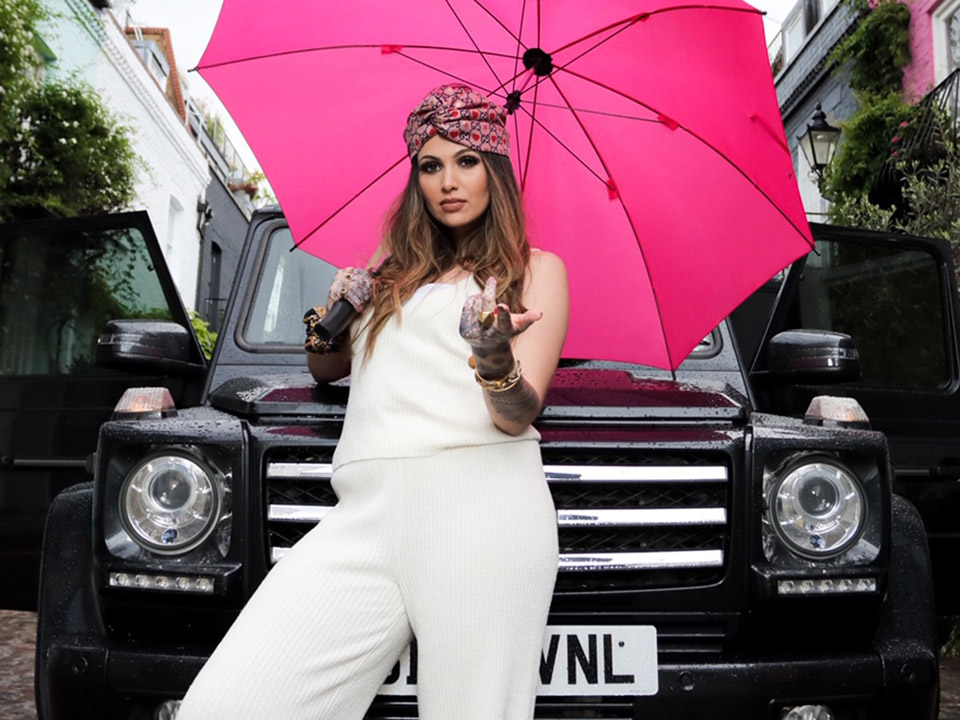 Inspired by her unique heritage and passion for experimentation, Shaima’s debut EP introduces a new music genre she’s coined “bolly beats.” Being half Pakistani, half English and growing up in West London, bolly beats fuses music from the East with beats from the West to represent a greater understanding of people from around the globe.

“The name UNVEILED is a nod to every song showing a different side of me. I have so many facets to me and my music, so each song I touch on a different element to give people a taste of what’s to come,” says the singer, whose latest single “Girl Gang,” featured on the EP, is already a hit, garnering more than 145k Youtube views.

Next, she’ll premier her new video for “Gas Me,” directed by Adriel Thomas and produced by Ben Newbury. Shot in a West London office building called “Boomzone,” as well as Venice Beach in LA, “the fact they were shot halfway across the world from each other represents again for me that the world is such a small place” says Shaima.

Hi Shaima, please tell us a little about you?

I am a singer-songwriter/ Entrepreneur. Originally half English half Pakistani born and raised in West London, UK.

I started recording with Tileyard at around the age of 13/14 years old. Discovering my sound, writing records, collaborating with other artists whilst I was in school. After university I founded my own record label M Dynasty Records.

Music is absolutely my life. All the decisions I’ve made have been with music and my goal of becoming a world renowned pop artist in mind. From rehearsals to shows, studio sessions, photo video shoots etc pretty much every aspect of my life has changed to suit. It’s funny even things like dairy that aren’t good for the voice I’ve decided to cut out (for the most part!)

I started in the choir as a kid but ultimately started singing coaching when I was 12/13years old when I realised I wanted to take it professionally. I had this epiphany moment in a local fair in Ealing, London where some friends were singing on stage and I was like what I want to do. I was never exposed to music like that before this. I realised also my life long dream of wanting to ‘make a difference’ and support those less fortunate could also become so possible through music, and this combination really motivated me to throw myself into the industry at such a young age. I was lucky to meet through a music business conference Tileyard who mentored me from 14-21 years old where I worked with the likes of Michael Angelo and Sigala.

I’m influenced by so many artists and sounds you could hear on the street or walking around for so many different reasons. To name a few major ones: Bob Marley, Shania Twain, Ray Charles, Whitney Houston, Maria Carey

I chose to make music apart from my obvious love for music, I realised from a young age that you can communicate so much through music, and to be able to pass deep messages about life, living at peace, living in unity together (especially in all these crazy times) could actually help people and change lives. Also empowering women to be creative and accepting of music and arts, especially from the South Asian side is so motivating.

Piano and guitar. I’ve actually taken them up in the past couple years and really loving it. I played drums for a couple years when I was younger but that was a long time ago.

All the time, but I try to channel it into excitement whenever I get ready for a show!

Tell us about your new single Gas Me?

Gas Me is all about feeling good about yourself, and biggin ’ up your friends making them feel good about themselves too. 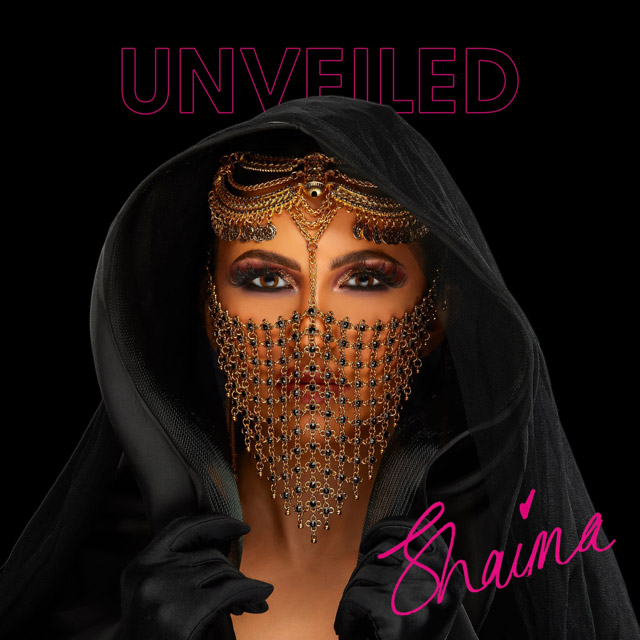 When I was younger in school I was bullied a bit and always because I was a bit different. Gas me is all about embracing being different and being confident about it!

And about your new video “Gas Me?”

The video shows younger me being less confident in myself, listening to those saying your not good enough or you can’t do it. Then it moves onto me now who is a lot more confident and sure of who I am, not listening to what anyone else has to say and dancing through it.

Receiving personal messages or being approached about how my music has helped someone through something tough in their life.

You are followed by so many people. How do you feel about that pressure of doing always the right thing, and encourage people to follow their dreams?

I always stay true to myself that way there is no “right” thing as such it’s just being real and communicating how you feel, what you believe in and find important. I hope by following my own dreams and putting it out there, it will automatically encourage others to do the same.

Ooo content, content, content. Instagram is hard work! I would suggest to try and take photos (or ask a friend to!) in the moment wherever you are so they seen the most candid and natural.

Persistence and hard work- nothing worth it comes easy that’s for sure. Also being kind and fair to others is a massive one- I’m a big fan of rising up together with all those around you. Getting one up doesn’t mean you need to push those down around you.

Hilarious! We are always hanging out having a laugh and trying not to take life too seriously!

I’ve just started writing a new EP which I’m beyond excited to finish and see where it goes, I don’t have any names yet, still working on that part. Hopefully also a new single after my UNVEILED drops! Stay tuned also for some updates on live shows.

Pizzaaaaa all the way (margarita with olives is my go to).

Chic mixed with edgy and modesty.

Being able to enjoy the current moment.

Michelle Obama- she is not only very elegant but also shown such heart, bravery and compassion. I really admire how she has uplifted women and fought to empower women worldwide. She would really motivate and inspire me to fight harder on the days I really want nothing more than to rest.

I do – I’m an international ambassador of Football For Peace (FFP) which is an amazing charity which organises football practises and matches with kids from different parts of different communities to encourage kids to get to mix with other kids they might usually not. They also organise football matches in different locations to raise money for charity and awareness against discrimination.

I also do a lot of work with Oxford Against Cutting (OAC) which work around eliminating and creating awareness about FGM, they also work with issues around Forced Marriage and hold workshops in schools etc to stop children from being taken out of the UK to other countries (for reasons stated above).

Putting out a couple Global no1 albums. Bridging the gap between east and west through my music, creating unity through my music. Would like to put out a street wear fashion range also and enhance my property portfolio.

Bob Marley – One Love. Because joining together to feel alright is exactly what we all need.

It has a good and a bad side. It’s good for reaching people in a way of message, accessibility is key especially for businesses selling product. Even for me as an artist it enables me to show another side of me, what’s also behind the music and the work that goes in behind the scenes. The not so good side is- it has an overall negative effect on mental health. A lot of people nowadays are feeling pressure to be more, get more cosmetics done and spend more money to give a certain image. I’m a strong believer in being content wherever you are in life…

Quote: “Never give in, never, never, never – in nothing, great or small, large or petty – never give in except to convictions of honour and good sense.” Winston Churchill