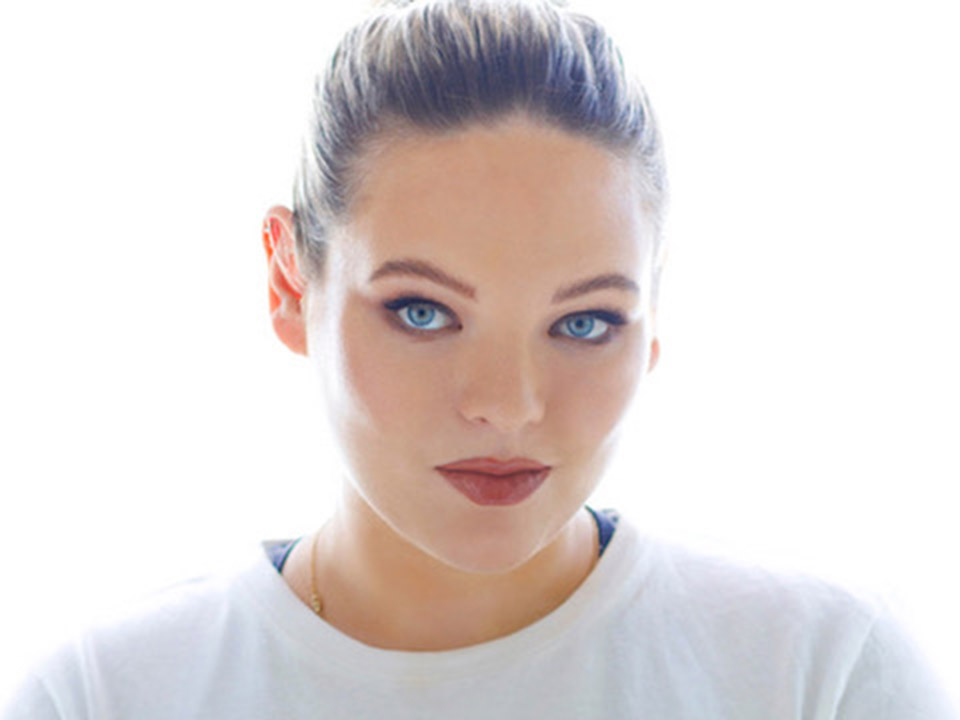 Check out our interview with singer/songwriter Erin Greider, who just recently released her debut album, Sim Controllers. Erin is a versatile artist who not only sings and writes her own songs, but is also a veteran guitar, bass, drum and piano player.

Her single “Loser” is a catchy track poignantly exploring the angst-ridden emotions of a turbulent relationship.

Erin’s newest music is directly inspired by her tumultuous relationship experiences she had during her teen years. Throughout the album’s 10 tracks, written by Erin herself, she depicts the notion of first love in realistic ways, understanding that premature relationships weren’t necessarily real love to begin with as she revels in the confusion of it all.

Hi Erin, please tell us a little about you?

I was born and raised in Los Angeles and I’ve been writing songs for as long as I can remember. I loved growing up in a place that I feel values art and entertainment. Besides music, I’m very passionate about film. Movies inspire some of my songs and I could talk about movies for hours if people would let me.

If I had to describe myself in three words they would be creative, honest, and sarcastic.

I started writing songs with my childhood best friend and I just kept going. I was 13 when a producer first offered to buy my song for an established artist they were working with at the time. I kept writing but music took a bit of a backseat while I was in college. I wrote my album “Sim Controllers” in 2020 when the world stopped moving and it finally felt like the right time to put my music out there for people to hear.

I’ve already met so many cool and genuine people from music and songwriting that have become important in my life. Also before “Sim Controllers” I never showed my songs to anyone so I think I feel closer to my friends now that they can get to know this side of me that has been such a big part of my life for so long.

I decided I wanted to play guitar after watching Lindsay Lohan in “Freaky Friday”. I thought she was the coolest person ever when she did that guitar solo. I started picking up different instruments from there before realizing bass was my favorite. Other than that, my idols have always been Queen and Bowie.

Yup! Bass is my favorite and main instrument but I’ve also taken lessons in guitar, drums, and piano.

Before I get on stage or a song comes out there is always a bit of anxiety running through my veins. If I think too hard about it I’ll start spiraling wondering what people are going to think so I do my best to try to tune those thoughts out. Every time I’ve gotten on stage though so far the nerves melt away and I just enjoy my time doing what I love.

Tell us about your new single “Loser?” What’s the story behind the song?

My song “Loser” will always be special to me because it’s the first song I ever let people hear. It’s about a relationship that ended badly and it was my way of processing how it happened. I don’t open up to people easily so the line about being “braver than I

thought” means to me that even though this relationship crashed and burned I’m proud of myself for being vulnerable enough to get hurt. 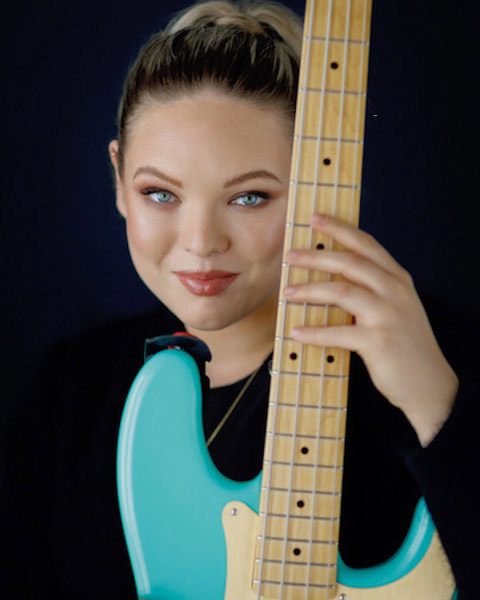 And about the success of your debut album Sim Controllers?

I’m incredibly proud of how my album “Sim Controllers” turned out. Each song is like my child and they’re very honest about how I felt during my experiences. If people are willing to give it a listen I recommend listening to it in order. I went to film school so a “beginning, middle, and end” was drilled into me.

The most rewarding part of songwriting to me has been hearing how people related to my songs. Heartbreak is one of the most universal experiences so it’s a nice reminder that we’re not alone and other people have gone through it and made it to the other side.

So far the greatest lesson I have learned is to trust your instincts. Some people don’t have the best intentions and the only way to not get lost is to know who you are completely.

I would tell her that no matter how bad things seem, everything happens for a reason even if it takes some time to see it.

I think my best friends would describe me as loyal. I would do anything for the people closest to me and I try my best to make sure they know that.

So many exciting things are coming up for me! I just started performing the songs from “Sim Controllers” live and I have many shows coming up. I’m also stoked to be working on my next album.

My favorite place to travel to would probably be Switzerland. My family is Swiss-German so I love feeling connected to that side. I’ve been there a few times with my parents but I would love to go soon with some of my friends and show them all my favorite spots.

Five years from now I see myself still writing songs and working on music. Like I said, my other passion is film so I would love to see those two worlds start colliding by then.

I think social media is a great place for people to put their music/themselves out there to be discovered but I’m very wary of becoming too reliant on it for validation. I think people need to set healthy boundaries for themselves with it. My dream would be to use it more like a bulletin board to put information so it’s not an outlet for negativity.

For all things music: @eringreidermusic

Quote: “In the end, we only regret the chances we didn’t take” – Lewis Carroll