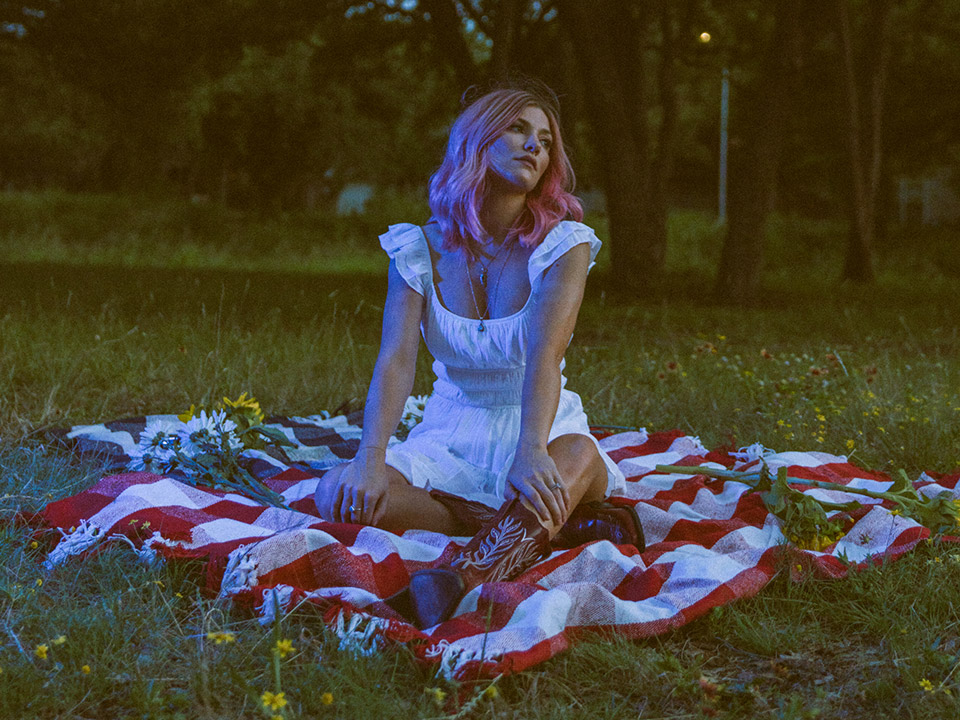 Check out our interview with talented songwriter and “The Voice” S15 alumni Katrina Cain who just released her latest single and visualizer “Independence Day.”

The song explores Cain’s journey to self discovery and what it means to truly belong to yourself.

Hi Katrina, please tell us a little about yourself?

I’m a singer-songwriter currently living in Austin, TX. I’ve moved around quite a bit, so I’ve never really felt like I knew where home was. Sometimes I feel like my music reflects that – I’ve experimented in writing several different genres of music, and I have trouble sticking to one sound. I don’t think I have one genre that is “home base”. I think it’s most important that music is genuine, no matter what it sounds like! I play music as my full-time job, and I also do studio vocals (both commercial work and as a background vocalist for other artists’ albums.)

I’ve played music my whole life, but I didn’t get started in the industry until my later college years. I got my degree in music and during my final year or two in college is when I started gigging professionally. This led to full-time performing and studio work. I started releasing my own music around age 23, which is so young by most standards but is pretty late by music industry standards. It took awhile to have the confidence to release my own music, but I believe it’s never too late to start.

How has making music changed your life?

I don’t know if music has changed my life, since it’s something I’ve always been involved in and have been performing my whole life. However, I can see how different my life would be if I had decided not to pursue music in my adult years as my career, and I know it has guided me to a much more positive place than I would have been without it. I don’t like to stay in one place, and I have a lot of interests, so leading a life with a regular routine would kill me. I briefly held a full-time job in a traditional setting, and I was bored within months. I don’t think I would be a happy or fulfilled person if music wasn’t in my life.

Who are you influences? Why did you choose to make music?

Joni Mitchell, Tori Amos, Fleet Foxes. I feel more like music chose me – I know everyone says that, but it’s really true. I think creative people who are drawn to music feel like there isn’t anything else they could really do.

I play piano and guitar! 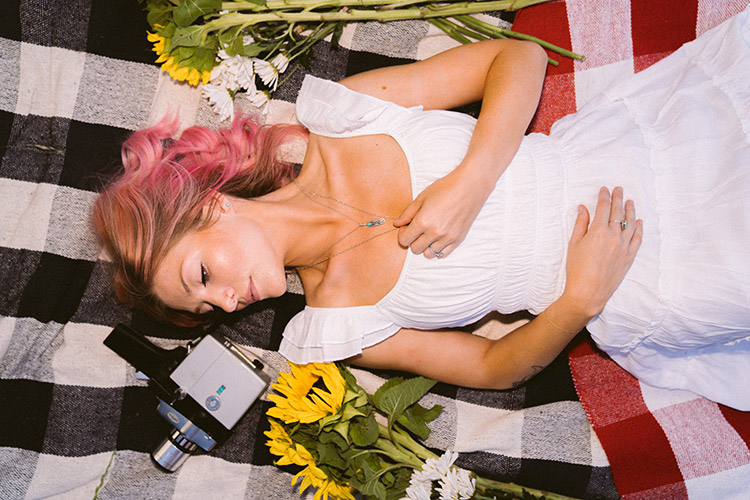 I don’t usually get nervous anymore, but I still do get a little nervous to perform if there are people I know in the audience. I especially get nervous if my parents are there. I don’t get the physical symptoms of nerves anymore, like jitters, tense voice, sweaty hands etc. But in my head, I’m always dreading the show if I know people in the audience are friends or family, rather than strangers.

Tell us about your new single “Independence Day.” What’s the story behind the song?

Independence Day is about finding yourself, and freeing yourself from the expectations of others – whether that’s a significant other, family, a city you don’t quite fit into, or cultural norms. It’s self-produced and recorded – I wanted a really simple song to describe the important moment of self-realization. Even though I wrote the song with a more general meaning in mind, I’ve had a few people reach out to tell me that the song resonates with them after leaving a bad relationship. While I’m always sad when people relate to my darker songs, I’m also happy that it provided some connection for them, I want my music to make people feel understood.

I know every artist says this, but it’s so rewarding when someone relates to the lyrics I’ve written, or adds a song to a playlist because they truly feel like they relate to the song. Music has always meant a lot to me in my darkest moments, so if my music can be there for someone, that means everything to me.

What book should every music artist read?

The Artist’s Way by Julia Cameron

To stop overthinking everything, to stop caring so much what everyone thinks, and most importantly to have patience in the process. Everything happens when it is supposed to.

I wish someone had told me when I was younger that I didn’t have to have it all figured out to just start doing the damn thing. I wasted a lot of years worrying that I wasn’t “ready” to start – the time passed anyway, so I should have just started. That’s what I would go back and tell my younger self.

I’m not sure, probably they would describe me as creative, good-natured, but a bit stubborn.

Freedom in Falling Apart: A Story of Finding Yourself. There’s a lyric in my song Independence Day that says, “there’s freedom in falling apart”. It’s been many years of self-realization for me, and I think that sums up what I’ve learned so far in life.

I’ve just finished up a tour, and I’m going back into the studio to record the rest of the songs that will be on my upcoming release, The Jessamynn Tapes. I’m hoping to release the collection as an album, but I may split it into two EPs – I want the songs to flow together like a story, so ultimately I’ll do whatever is best for the project.

And your favorite food?

Vietnamese food is my favorite – especially pho! I always get veggie pho but with beef broth. I love tofu and vegetables but that beef broth is hard to pass up.

How would you explain your style?

On stage, I usually dress sort of campy western. In regular life, I’m usually in jeans and a black or grey tank top.

Dogs, good food, and the people you love.

I’m undecided between Tori Amos and Robert Plant. Both are musicians who have influenced me and helped me grow musically.

I really want to see Antarctica! I’d love to take my husband but hates the cold!

What is the best advice you were ever given?

Don’t compare your timeline to someone else’s. Everyone’s journey is different, and your wins will happen at different times.

I donate to Wands For Wildlife, which is a charity that rehabilitates wild animals. They use mascara wands for various things, such as cleaning an animal’s fur, so you can contribute financially to keep the charity running, or you can donate your used (cleaned) mascara wands so that they have enough supplies!

I have a lot of answers for this! Currently, Dancing in the Dark by Bruce Springsteen. If you strip away the pop-rock production, the words are really sad and poignant.

I’m not a big fan of social media but i recognize that it is crucial for artists and small businesses to get their voices heard.

Book: To Kill A Mockingbird by Harper Lee, The Alchemist by Paulo Cohelo

Quote: “I am the one who knocks”. Walter White (played by Bryan Cranston) in Breaking Bad. (This entire scene is so powerful for his character!)