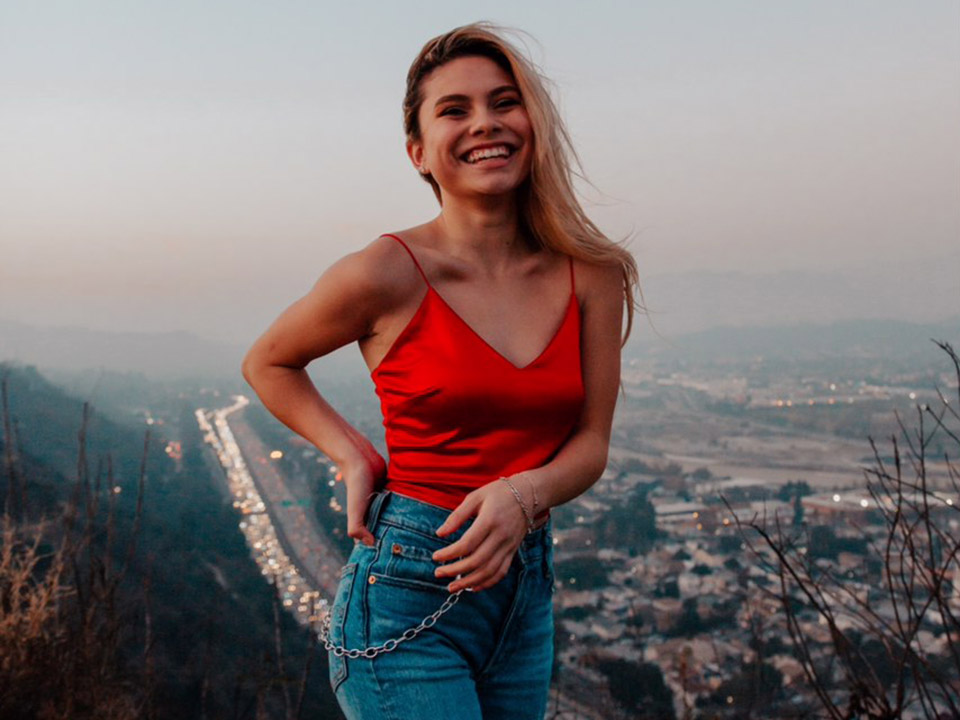 Check our exclusive interview with talented actress Bella Shepard. Bella got her first break in Film from Director Sam Raimi after being chosen as one of only 12 children to appear in “Oz the Great and Powerful”. She recently returned from Hawaii, where she was filming “The Moon and the night”, a Sundance Native’s Lab, as the leading role, Mahina. She has also appeared on the Emmy nominated show, “Grace & Frankie,” in a leading role on Lifetime Movie Network’s series “My Haunted House,” and as a recurring character on CBS’s “Life in Pieces” she has also appeared in numerous national commercials, and advertising campaigns.

Currently, Bella stars as “Alice” in Brat Network’s newest series, “A Girl Named Jo” opposite Annie LeBlanc and Addison Riecke, which premiered in 2018 to over 3 Million views on YouTube. Bella can be seen next in Netflix Original series “Orange is the New Black” season 7, where she plays Young Aleida.

Hi Bella, please tell us a little about you?

I am a Los Angeles based actress, 17, and originally from Michigan.

I am so fortunate to have so many supporters, but my stepdad is one of my biggest, and quietest, supporters. We moved to Los Angeles on a temporary basis, at first, so I could pursue my interest in the industry. Coming from the mid-west it’s not something that anyone in my family, or his, had thought was an option. He is a gifted singer and musician who did not pursue his passions and completely understands and supports the idea that it is a viable way to make a living. We decided to make the move permanent after my family saw my dedication, as well as loving the climate of course. He has sacrificed a lot so I can be here, and never complains or resents our choices, and it means so much to me.

As a child, and young teen, my passion was gymnastics. I homeschooled so I could train 30 hours a week. When I was 13, I injured my knee which took me out of the sport. Someone suggested that I do some modeling and since I finally had time, I decided it would be fun.

About 2 years before I injured my knee, my grandma had seen an article in the paper looking for extra’s to be in a movie that was being filmed near our hometown. She sent in a snapshot of me and casting called my mom a few months later saying that I had been chosen to be one of the  kids in the film, “Oz the Great and Powerful.” The director gave me a line which made me SAG eligible, which I didn’t even understand at the time. After I hurt my knee and started modeling, someone suggested going to California for pilot season. This is a time of year when there is a lot of content being shot. My first audition was for a show called, ‘My Haunted House’ and I booked a Guest Star on it.

I really love the process of acting. Because I had never done anything before, not even a school play, I had to give in to the all encompassing nature of the art to see if I enjoyed it. I love auditioning, going to class, being on set, growing as an artist and challenging myself. I really feel like gymnastics prepared me for being an actor. It’s so much more than being on set. You have to be mentally focused and strong to face the business aspects of this career path. As a gymnast, you learn that as well, your mental game has to be strong to overcome the challenges. The worst part of being an actress is when you are faced with the slow times, everyone is. But I know it, so it isn’t unexpected.

Don’t let anyone outwork you.

How did you find out about Brat Network’s series, “A Girl Named Jo,” and how was the casting for your role?

When we bought our house, we rented it out occasionally to tv productions. One production was a show called “Chicken Girls” for the Brat Network. It was just another job for our house, but the crew was nice, and the cast was my age, so that was fun. Several months later, my manager sent me on an audition and when I walked in the room, Annie was in there and I said, “Oh, hi! I think you shot at our house!” It turned out to be a new show Brat was casting and I booked the role of Alice.

Tell us about your character Alice?

Alice started out as a classic mean girl in season 1. This season she has learned to be more insightful. She was faced with a life altering situation during the first season which could be partially responsible for the change. We don’t know anything about her homelife, but we do know that she misses her friend Cathy, and has distanced herself from her backstabbing ways since season 1.

Portraying a character from the 60’s and encompassing their mannerisms, fashion, language and accurately depicting the social issues of that time, has been very memorable. The whole experience has been very positive. I love seeing the fans, who are young, learn a little bit about the civil rights movement from our show. There isn’t anything quite like it in kids programming these days.

And about Netflix series “Orange is the New Black,” season 7 role as Young Aleida?

This was a dream role. Aleida is a complex and multilayered character that Elizabeth Rodriquez has perfected. To help bring her back story to life was an honor. I hope she is happy with my portrayal. I studied her for hours before turning in my audition for that. The director of that episode was Laura Prepon. I must have manifested her into my life because I have watched ‘That 70’s Show’ a million times and I basically worship her. Having her as a director was a dream. Everything about working on that show, from the cast, to the crew, was incredible.

I was fortunate to work with Lily Tomlin and Jane Fonda on “Grace & Frankie” in a small role. But, for me, meeting those two legends was the real win. In one meeting, they imprinted on me the type of actor I want to be, professional and approachable. I couldn’t believe how perfect they were, so prepared and made everything seem effortless. But, they were easy to talk to, kind, and made a huge impression on me.

Anything and Everything. I am taking everything as it comes.

It’s hard to pick just one, but Jane Fonda always comes to mind. She’s strong, beautiful, talented, brave, and respected. I love her career and the fact that she has learned from every choice she has made. I loved her book. And seriously, she can’t be in her 80’s, like how? She is just goals.

I love traveling. Oprah, take me with you! Can you imagine going on a holiday with Oprah? I feel like anywhere she goes she learns more about herself spiritually, so take me anywhere Oprah.

I just wrapped a new series called, “On the Ropes” where I play the leading role of Jackie Rodriguez. I am currently filming a feature film called, “School Spirit” and “Orange is the New Black” comes out in July. I can’t wait to see what else presents itself to me this year, let’s go 2019!

My phone, my charger, my hip bag.

Artists on my playlist: Kid Cudi, Frank Ocean, Tyler the Creator, Daniel Caesar, Summer Walker, Arin Ray and greats like Ella Fitzgerald, Frank Sinatra, Edith Piaf, just to name a few. I love so many different types of music and I couldn’t imagine life without music.

Relaxing and having a down day with no plans, that is just about perfect!

I eat my cereal with a fork.

Wake up and take care of my animals, I have several rescue dogs and 2 guinea pigs! I do my homework (online college) I  read or do some music (just for fun, it’s a creative outlet) if I’m not on set. If I’m working on a project, I will spend most days on set. If I’m not working on any certain day, I will usually be preparing for my work day, working on audition sides, or going to my acting class.

I’d love to meet Oprah and soak up her wisdom.

Lebanese food, Fattoush and Hummous. If you find yourself in Flint, Michigan you will find some of the best Lebanese food in the United States – Shout out to Taboon on Miller Road!

The chocolate chip cookies that I make, they are so good.

I don’t put myself on a timeline. I put all of myself into my work, give 100%, take every opportunity and see where it leads me. If you do that, I believe your fate will reveal itself to you and you never know where it will take you. I’m here for the ride.

I’m doing an important charity called Celebs4Vets Build, it helps build homes for low-income vets. Giving back to those who have given so much is gratifying. You can donate to help here! [email protected]