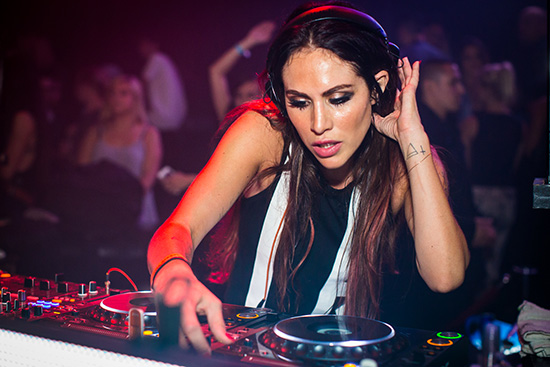 This enate prodigy redefines magnetism in music! UK born, Australian bred and now Los Angeles based, HELENA dominates with her sound as one of EDM’s most prominent DJs and electronic producers. Showcasing her depth with electro, progressive and house beats she stands her ground with finesse. Booked on Ultra Music Festival’s main stage in 2013 while musically annihilating studios around the world, the anticipation is high with young signings to Sony Music, Mutants, Big & Dirty and Basik Rkrds.

Forthcoming releases with John Dahlback, Basto and Nilson on ‘Whattup!’ shouts her sound on high demand. Signed in the USA with SPIN Artist Agency, her first tour ravaged Lavo New York & Las Vegas, Mansion Miami, Playhouse LA and San Diego’s Voyeur. Backing it up this standout reigned in the love setting ablaze her own shows at Marquee Nightclub and Marquee Dayclub Las Vegas, together with Benny Benassi and Avicii, Pacha and Marquee New York, and guns blazing throughout Mexico, Chicago and Seattle. No stranger to adrenaline on a grand scale, this boss of electronica captivates arenas at Australia’s largest music festivals like Stereosonic, while recently announcing her national spot on the Future Music Festival tour in 2014.

Seducing dance floors worldwide, HELENA amplifies the battlefield, extending her tour reputation across every continent with her musical fusions. Taking the reigns, it is no doubt the sublime musical selection that lies within this untamed vanguard’s sets originate from a perfectly organic talent within. From a young age her classical skills on the cello and piano amplified into more when teamed with an electronic barrage.

Out on Australia’s grand-scale club brand Onelove HELENA’s debut single ‘Girl From The Sky’ has contributed to the musical asset HELENA is, sitting pretty at #1 on the Australian Club charts for four weeks. Her remix of Jono Fernandez & Pauls Paris feat. Amba Sheperd ‘Let It Out’ also smashed the chart’s top ten while climbing high on Beatport. Her single ‘Detox’ with Disfunktion on Onelove was dropped, roping in support from Tiesto and Nicky Romero. Being Pioneer Pro DJ’s leading ambassador, it goes without saying, the globe’s hottest acts have never been more than an earshot away of lady luck. Out on Sony’s Basik Rkrds in late 2013 saw ‘Legend’ supported by Hardwell, Nicky Romero, R3hab and many more while Breathe on John Dahlback’s Mutants in early 2014 got the approval stamp from non other than Avicii as he premiered it on Capital Radio in the UK and his Le7els podcast.

Tackling electronic dance floors head on, this musical empress will be of sheer importance to speakers near you. 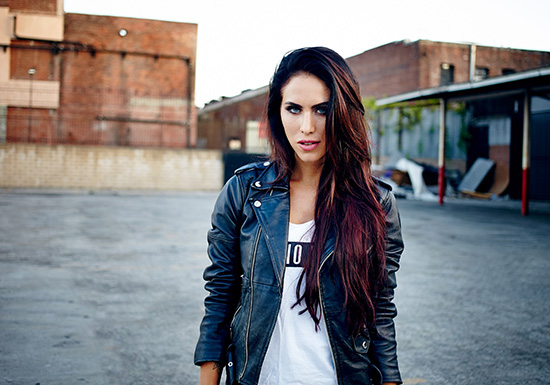 When did you start DJing – and what or who were your early passions and influences?

I first went on a set of decks when I was 14 years old. From then on I used to mess about on the decks just at home and a few after parties and so on. About 5 years my passion/hobby became more serious when I actually started to DJ professionally as a full time career. It just very naturally grew into something that took over my life.

What are currently your main challenges as a DJ?

The same as any DJ, trying to constantly build my profile and break through to the level I want to be at. There is so much competition these days you really have to be on your game to make it. To cut through the rest and earn your place as one of the biggest acts on the circuit is the main challenge.

I normally start in iTunes. During the week I’ll make a folder titled for that show. I start pulling in tracks that are new and stuff i think I may play. I’ll also make new edits of those tracks in the folder to keep my set fresh. I never pre plan my sets any further than this though. Every set I play is different as I play off the crowd. I find my sets are much better like this as it’s in the moment and it’s raw and unpredictable. It keeps me and the crowd on their toes, it’s alot more fun then playing a pre programmed set.

If i have spent time on an edit I love playing my own edits as this i show I can keep my sets unique, everyone has access to the same music these days, so at least I can deliver that track in a way that is different to what they are expecting. Also the crowd makes me decide on what track to play, I constantly read their reactions. If im playing too hard and the crowd looks lost, I will then throw down something more well known to spark their interest again.

Which other countries have you performed /put parties on?

I have been lucky enough to play all over the world; most of Asia and Indonesia including China, Sir Lanka, Jakarta, Kuala Lumpar, Bali, Singapore, Hong Kong, Japan, Thailand, Phillipines, Taiwan. All of Australia, NZ, most of America, Canada, UK, Ireland, Ibiza, Germany and many more. There are still some countries i’d love to play I’m really keen to get to South America next year.

Tomorrowland was very special, It was on my all time list of where to play. It’s the biggest dance festival in the world, so it was a very proud moment to make it onto the bill this year.

What was your first record you bought?

Daft Punk – Around the World.

Where do you live currently?

I currently live in Los Angeles, I relocated here just over a year ago from Sydney, Australia.

How is playing at Drai’s in Las Vegas?

Drais is unreal I love playing there, the venue is so beautiful it’s really something else. Vegas is such a buzz city it’s become my second home I am having alot of fun there. Drai’s have been very supportive of me and made me feel part their family.

As I was about to play once at a festival some guy threw his bóxer shorts at me as I was about to start in front of everyone they landed right on the decks. I’m not sure if I was laughing because it was funny or that I was so embarassed.

What advice would you give to up and coming DJs?

Focus on music production as that is the only thing that will get you enough attention to break through in the current market.

How do you see the scene 5 years from now?

Everyone is a bit unsure I feel at the moment what direction the scene is going in. I feel it will just evolve as it always has done. Dance music has been around for a long time, I don’t see it going anywhere to be honest. It’s important the producers try and keep moving things forward to stop it going stale.

If you had a time machine what year would you go back to and why?

I would actually go forward to get a sneak peek into the future. I’d love to see where i’ll be in 5 years.

And now on snapchat which is just @HELENA

Book: The power of Now.

Quote: Live in the moment.

Bar or Nightclub: Nightclub of course!

Day or Night: Night. I am a night owl.