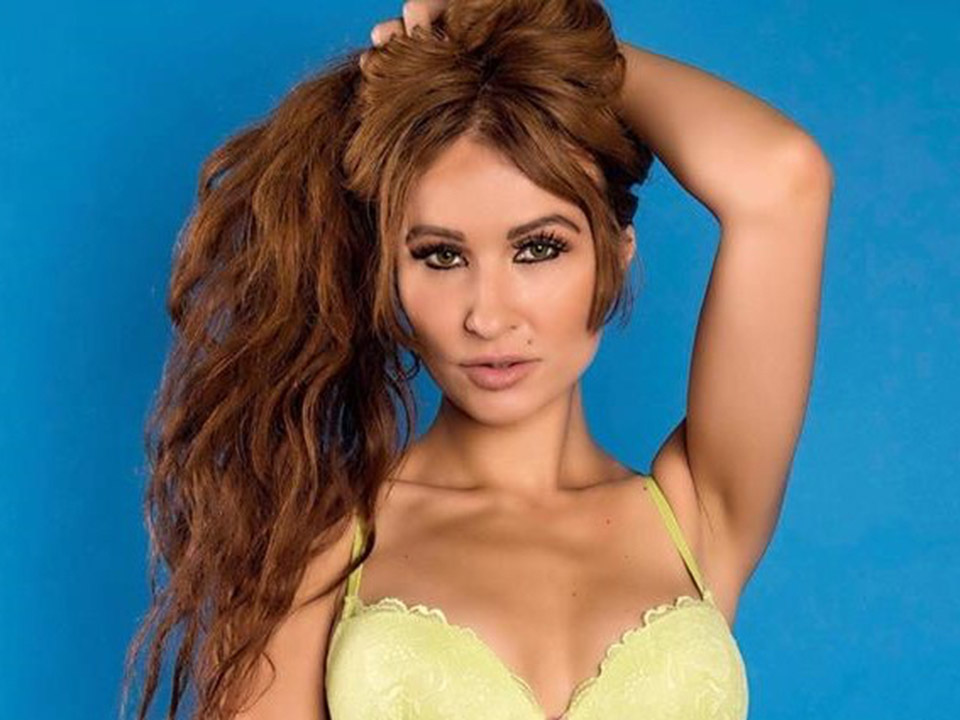 Check out our interview with stunning Canadian model and activist Vikki Lenola.

Vikki has modelled for sporting events, including numerous appearances for NASCAR, as a ring girl for televised international boxing matches, and more. As a brand ambassador, Vikki has represented over 100 brands at various tradeshows and other events, including for some of the world’s most recognized brands. At 5’10”, she has walked the runway for dozens of fashion events. Her runway experience includes a wide variety such as bridal, multicultural, lingerie and swimwear, avant garde, winter wear, complicated choreography, and even walking celebrity dogs down the catwalk and more! Having been featured by many magazines herself, Vikki now interviews other models for international Playboy and FHM magazines, including the American FHM.

Vikki is also known as an animal rights activist. Her eye-catching public demonstrations have been picked up by mainstream tv, radio, popular blogs and landed covers of newspapers. Her non-profit Vegan Fashion Canada promotes fashion that’s kind to both animals and the planet while donating all proceeds to help animals. 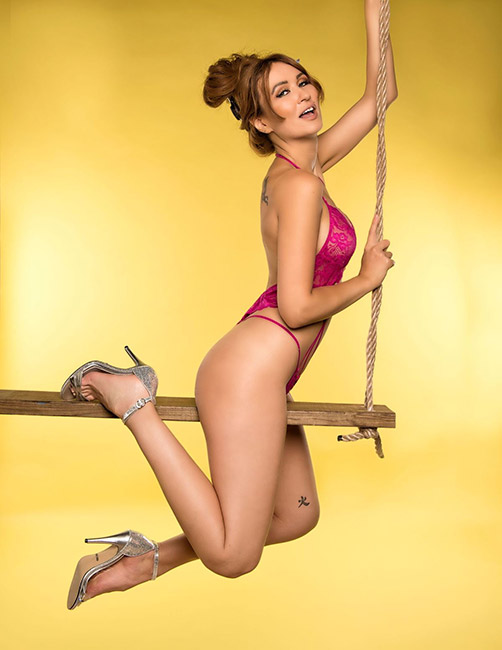 Hi Vikki, please tell us a little about you?

I walk to the beat of my own drum.

Be your own hero.

Rather than 1 person standing out in particular, I think meeting a lot and a very wide variety of people in my life has influenced how I see and understand the world. Meeting 100 people per week is not out of the norm for me usually – although this year during the pandemic I’ve been very secluded! In the past I was around many people struggling with extreme mental health, addiction, violence and many other problems in poor demographics. I’ve researched coastal marine biology and poverty in Jamaica. I’ve also met many wealthy and successful business people, many which grew up much differently but also have encouraged me. I’ve met a lot of creative types. I meet people with passions for various social justice issues and causes. I also enjoy reading case studies and interviews from people with a variety of different circumstances around the world.

In 2014 I was a designer of bridal veils and accessories. I made them all myself and exclusively supplied a bridal boutique. About a year into it a new fashion friend of mine at the time invited me to a fashion week. Backstage I kept getting mistaken as a model because of my height (I’m 5’10”). It all sort of unfolded from there.

I don’t have any one particular thing in mind but I like the idea of constantly improving yourself anyway, and just expect failures to happen along your way to good things.

I like that each day is different, networking, and I like that you get what you put into it. It’s been flexible while I was in school. There’s an ambivalence to the travel though. While it can be fun and adventurous, it is sometimes difficult to go to so many different places for jobs.

What’s your best advice for the newer models?

Only be in competition with yourself.

Leonardo DiCaprio and many other good actors/ actresses that are not just good at their job but give back to the world too.

There’s definitely been a hold up because of the pandemic but I will continue to work on Vegan Fashion Canada.

Which magazine or project is still on your bucket list?

I’d love to do more fashion then be in magazines like Cosmo, Elle, Harper’s Bazaar and Marie Claire. I started more with glamour modeling, which really got my name out there being in Playboy and FHM, and even interviewing other models for these big magazines.

I’d like to do more training in stage and on screen fighting when it’s safe to (when things open back up from the economy being shutdown form the pandemic). I am looking forward to getting the ball rolling with Vegan Fashion Canada as well.

I can really appreciate the accounts that have taken the time to make a cohesive feed. Even if you don’t do this (I don’t), it’s good to have some sort of theme and stick to a couple niches. I have a lot of interests but Facebook page and Instagram are both mainly photos of me plus modeling jobs I’ve done along with a bit of my activism mixed in. I think it’s good to use a variety of expressions, poses, backgrounds, doing different things etc. But I will purposely wear the same things sometimes, because I don’t like this idea of clothing being so disposable which creates so much waste and pollution.

Sometimes you get some of the most bizarre string of words put together and you wonder how you’re technically the same species as that other person. Then there are typical ones saying generic compliments, the inappropriate ones, and the zero-effort ones that simply say “hey”. Once in a while I get a good one about how my activism has impacted their life. Like moving towards a plant-based diet or if they’ve started looking at labels on clothing to check and make sure animals weren’t used. Those are really cool.

Asparagus. I wish you could just roll up to the drive thru and say “I’ll have the blanched asparagus please”.

Gratitude, goal-crushing and being able to help others.

What is your workout routine these days?

I go for walks.

Even though we have quite different looks, I love Kat Von D for her unique style and the vegan beauty line she started, now known as KVD Cosmetics.

Art, beauty, and a reflection of individuals, culture and humanity.

Who are some of your favorite models and designers, and why?

Photos of Brigitte Bardot from when she was modeling are some of the most captivating images in my opinion. Her eyes are so unique. Before I was even born, she founded Foundation Brigitte Bardot in Paris, France and has been helping animals ever since. Stella McCartney is one of my favourite designers. She is a pioneer is sustainable and animal-free fashion. She was the first designer to ever be on the cover of Vogue magazine.

It depends on my mood but in more recent years I go for more classic staples rather than trendy items. My closet cannot be without maxi dresses. I like that they are effortlessly pretty, work for so many situations, and are a one-and-done outfit. I don’t have to think about coordinating anything. They can also be worn more in more seasons than a short dress.

I only recently got Netflix and binge-watched Dead To Me. I’m obsessed and can’t wait for the next season.

I’ve worked with PETA as an organizer. I like to volunteer at animal sanctuaries when I can. I also recently started a non-profit fashion show called Vegan Fashion Canada, to show that we can have fashion that’s kind to both the planet and animals alike. All proceeds benefit an organization helping animals.

What did you take in school?

Environment, Resources and Sustainability at the University of Waterloo and Business at a private college.

Drink: I haven’t had alcohol for years. Just green tea and water for me.

A day at the beach, a picnic, cleaning up a bit then relaxing at home with my cat.