Dubbed “one to watch,” native Californian Kelli Berglund is one of the freshest faces on the entertainment scene today. Berglund can currently be seen starring on Disney & Disney XD’s top-rated series “Lab Rats” as “Bree” – a bionic teenager with lightning speed. The comedy series follows a trio of superhuman teens trying to navigate the normal world of school, friends, and family, with the occasional bionic glitch. The show’s creators are Chris Peterson and Bryan Moore [“That 70ʼs Show”] who serve as executive producers with Mark Brazill. Berglund was also recently seen starring in the Disney Channel Original Movie “How to Build a Better Boy.” Set in Washington DC, the story follows high schoolers Mae Hartley [Berglund] and Gabby Harrison [China Anne McClain], two tech-savvy best friends who devise a plan to create the perfect boyfriend with just a few strokes of the keyboard and a wireless connection.!

Berglund began her career at a young age, gracing the small screen as a series regular on TLC’s “Hip Hop Harry.” Additional TV appearances include “Are You Smarter Than a 5th Grader,” and “America’s Next Producer.” Berglund also appeared in the indie film, “Bye Bye Benjamin.” Her commercial credits include campaigns for Old Navy, Hyundai, Bratz, McDonaldʼs and Mattel, among others. She has also appeared in print and modeling campaigns for Reebok.!

Berglund has been honored with many awards in dance for her lyrical contemporary, hip-hop, tap, and jazz techniques. Though she is equally versatile in these types of dance, her favorite style is contemporary – a blend of ballet and jazz. When not working on set, Berglund spends time with her parents and younger sister, who is also an exceptional dancer. On the charity front, she volunteers regularly with the Audrey Hepburn CARES Team, in association with the Children’s Hospital of Los Angeles. 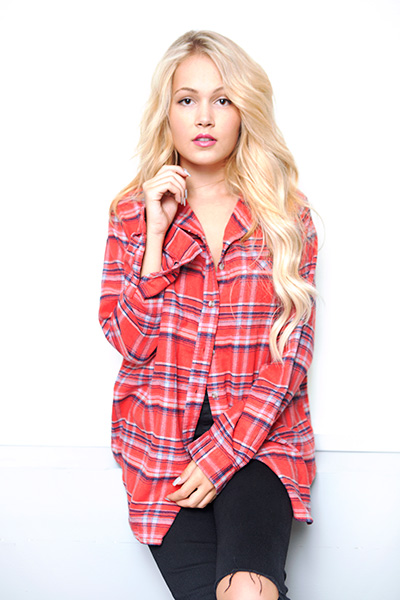 When did you first start acting?

I was 9 years old when I got into the business. I grew up as a dancer so I loved performing in front of a crowd and entertaining people, so naturally, acting was another hobby I wanted to take seriously!

What’s your favorite part about it?

Through playing different characters as well as watching characters on screen, you learn a lot about yourself. I’ve been able to explore my soul through being inspired emotionally by characters and the struggles they face. I apply it to my life, and therefore, become one with myself and the character.

What is your next goal as a actress?

I would love to play a role that’s particularly challenging to myself; something I’ve never done before. Most people have seen the cute, bubbly “Bree Davenport” for four years, but It could be so much fun to show the fans a whole other side of me. Films are my main focus right now, but who knows what could be the next step for me.

Emma Stone, Bradley Cooper, and Sandra Bullock all blow my mind. I would kill to have a career like any one of them.

I am all about American Horror Story. Definitely an acquired taste, but it’s addicting.

To me, my biggest achievement has been my Disney Channel Original Movie, “How To Build a Better Boy.” While it may not be a huge, blockbuster film, it was a rewarding experience that I learned a lot from. It was my first leading role in a film, and with all the pressure and hard work I had to face, the result was very satisfying.

I’m open to anything, honestly. That’s the fun part about being an actress! But if I did have a preference, I’d lean a little more towards drama.

Tell us more about your character Bree in Lab Rats?

Bree is the epitome of a teenage girl…with a few bionic powers. She’s sassy and sarcastic but genuine and super friendly all at the same time. She’s not afraid to kick some butt when the opportunity presents itself, considering she’s trained her whole life for life-saving missions. Fighting a bionic army? No problem. Talking to her crush? Big problem.

How did you start on this show?

Don’t know, pretty sure someone came up to me on the street 4 years ago and asked if I wanted to be on tv. Haha ok, maybe not… I actually auditioned when I was 14 and was thrilled to find out I would be moving forward to the Disney executives after several sessions with the producers. I don’t think I’ve ever put so much dedication into an audition before!

Hopefully still pursuing my dreams and improving myself every single day. I see myself on the big screen, definitely. I’d also love to open up my own dance studio one day, so maybe that’ll happen as well!

I get this question all the time, and I always have the same answer. EVERYTHING! My music taste is so diverse. I could be in the mood for Bob Marley, Taylor Swift, and Drake all in the same day. Some of my favorites right now, however, are Haim and Hozier.

I take dance classes (when I can) in my free time… it’s still such a love of mine, plus, it’s a great workout! Also, does playing with my cat, Jesse, count as a hobby…? Because I find myself doing that quite a lot.

What would you be doing if you weren’t acting?

When it comes to fashion, what’s your favorite designer/trend?

My mom has always been there from the start. She’s driven and compassionate and I aspire to be everything she is. She’s such a smart woman who has taught me how to handle things like an adult, but with grace and maturity.

I currently have some projects up in the air that I would be thrilled to give the inside scoop on, but I can’t quite do that yet! I’m hoping they all pan out. Other than that, I plan to finish out season 4 of Lab Rats and leave the fans with a series finale that will make them laugh and cry and reminisce on the last four awesome years. 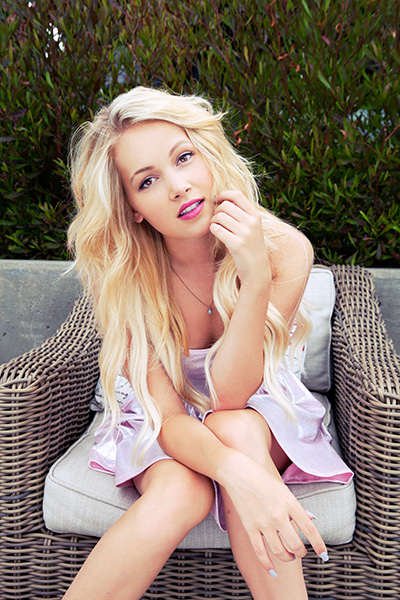 “Everything happens for a reason.”

Some people may not know I was a pretty stellar soccer player growing up… which tragically ended when I took a soccer ball to the face. lol

3 items you can never leave the house without?

Do you have a celebrity crush?

You mean my husband, Harry Styles?

What music we can find on your iPod?

My current playlist consists of Drake’s new album, a bit of Rihanna, and a lot of Haim.

What’s the best present you ever gave someone?

For Christmas last year, I gave my dad 2 tickets to a Warriors basketball game up in Nor Cal (his favorite team!). My dad is so hard to shop for, and after so many weeks of trying figure out a gift, I thought it was perfect!

And the best gift someone gave to you?

One Direction concert tickets. LIFE. MADE.

My room is very zen… The walls are a neutral green, and everything is white. I have LED light strips behind my bed that change colors and make the room look SO cool. There’s a porcelain buddha in the corner and a Hamsa hand above my bed. You might also find a kitty laying on the bed and a bag or two (or 7) on the floor… but I keep it pretty tidy, I swear!

If you could live anywhere, where would it be?

Social media is a great platform to spread the word about relevant topics and interact with the fans. It’s crazy how powerful things like Twitter and Instagram have become, and of course there’s always going to be hate and disagreement, but if used for the right reasons…they’re pretty great.

“A smooth sea never made a skilled sailor.”