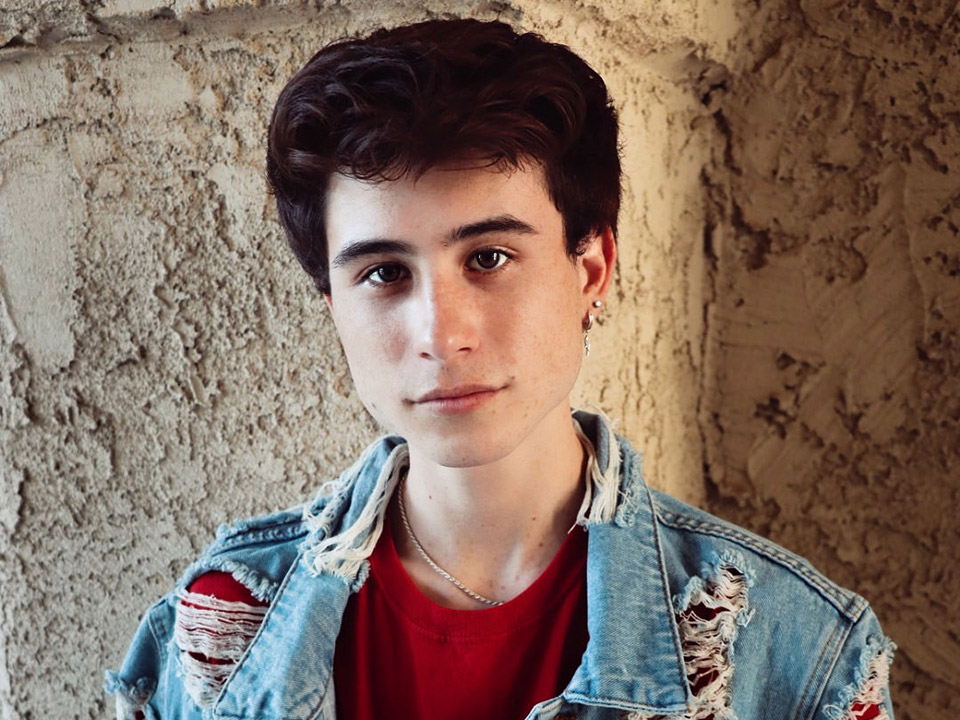 Check out our interview with talented actor and influencer Caden Conrique.

His big break came when he landed the recurring role of Tim Sharp on the Viral Hit BRAT show CHICKEN GIRLS. Since the show launched on YouTube in 2017 the network has seen over 1 Billion views between the TV show and the movie CHICKEN GIRLS: THE MOVIE.

Caden also traveled the country as part of the BOYS OF SUMMER tour. He can be seen in the television documentary THE EXORCISM OF ROLAND DOE as well as commercials for Volkswagen, Nerf, and Mattel.

A social media Influencer and content creator, Caden has millions of followers and is verified on Instagram, TikTok, and YouTube as well as tens of thousands of followers on Twitter and Snapchat. When he is not creating daily content, Caden stays well rounded by continuing his acting studies as well as dance and vocal training. A typical teen, he enjoys riding quads, playing video games, snowboarding, and skateboarding. 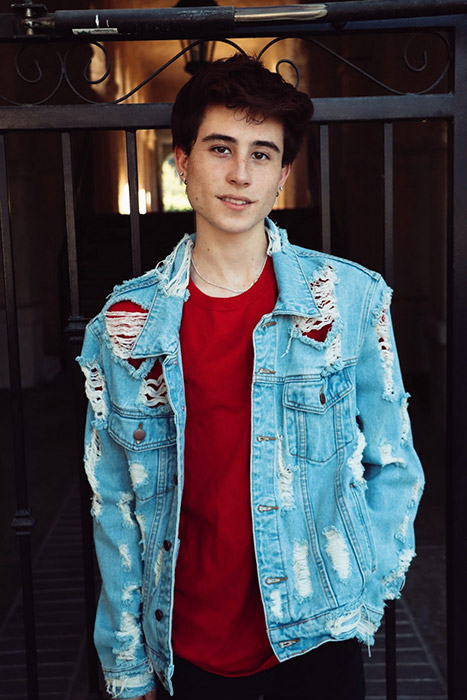 Hi Caden, please tell us a little about you?

My name is Caden Conrique. I was born in Gilroy, CA. A little town in Northern California. I was raised on property until moving to Los Angeles to pursue acting. I had horses, cows, pigs, dogs and cats. I rode dirt bikes and quads, learned how to drive heavy equipment and help out around the property. We eventually moved to a small town above Sacramento. I was part of a Hip Hop comp team that traveled around competing and performing showcases. An opportunity came that allowed my sister, Dylan and I to get an Agent and Manager for acting and we moved to Los Angeles in 2015.

I would say that I am a very caring person. I care deeply for my family and friends. I am pretty crazy when I am with my friends and the camera is off. Humble would be my third descriptive word.

My sister and I competed and performed in an event that recruits talent for managers and agents. I had won some awards and was also chosen to be in the performance at the awards banquet, (hip hop). I had a pretty large list of people to meet with after the event. It was after that that my family had thought that this really may be an opportunity for us. We signed with an Agent and Manager and moved to Los Angeles. At first, it was on a temporary basis to be sure this is the direction we wanted to go but after a short time I knew that this is what I wanted to do. I wanted to be an actor.

Moving to Los Angeles to pursue acting changed my life in so many ways. Back home in the small rural town, most boys played sports. I competed in Hip Hop. To some of the other kids, that was not a cool thing to do nor was it a sport. Even though we trained several times a week in the heat and in the parking lot until some of the dancers physically got ill. We had to prepare for the outside venues we were performing at. It was not accepted by my peers in school. Moving to Los Angeles, being around other dancers, actors, singers and writers showed me that there were other people both boys and girls like me. I was accepted as a dancer and actor. I was free to be who I wanted to be with no judgement. I also have a lot of friends now.

The best part of being an actor is the reward for booking a job that you auditioned for and out of dozens or sometimes hundreds of people you were chosen. There are so many auditions that you don’t get, it sometimes gets frustrating and you feel hopeless. So when you book it means you have done your job. You also get to be someone different in each script. I guess the worst part is not hearing back after you go to an audition and walk out feeling like you nailed it. What you are not told getting into this is that there is so much more than goes into picking the perfect person. You don’t always understand the process.

Tell us about your work on Hit BRAT show CHICKEN GIRLS?

I was originally booked to play another character on another BRAT show, then was cast as Tim Sharp on Chicken Girls. It was such a great experience. I met so many great people and got to work with my sister, Dylan and best friend Hayden. The show was a hit and went viral with over 1billion views between the Youtube show and the Movie.

And tell us about your work on TV documentary  THE EXORCISM OF ROLAND DOE?

The Exorcism of Roland Doe was an awesome job. We filmed in a haunted house which helped me get into character as this was a reenactment of his life and what he went thru. Being a true story was challenging as I wanted to portray Roland Doe as he really was. The director and producers were all so great and my dad in the documentary is actually my real dad, David. And full disclosure I am terrified of horror movies so this was a little scary for me.

How was the BOYS OF SUMMER tour?

Boys of Summer tour was so fun. Traveled the United states on a bus with so many creators. We did tons of content and met life long friends. We stopped in a new state almost every day so we had lots of bus time. I would like to get on another tour once we are ok to travel and do meet and greets again. I miss the energy that the supporters bring. 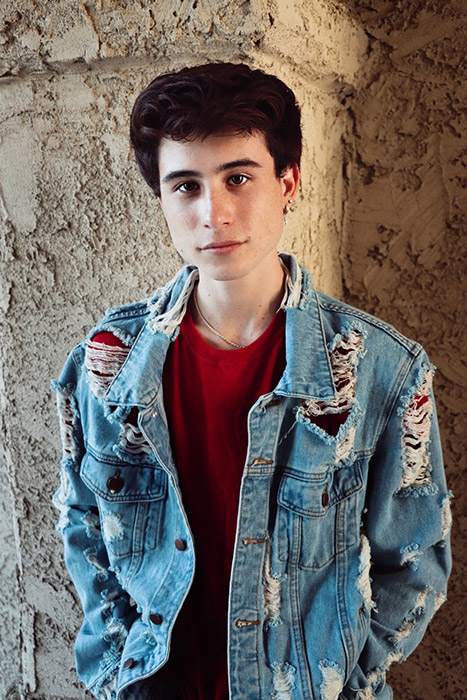 I prepare for a role by becoming that person. I work on sides (script) a lot with my sister. We go over them several times, sometimes I start by myself then introduce the other characters by her reading as them so I can put myself in the characters shoes with outside influences. Sometimes we switch the other characters up a bit so my reaction is to her actions.

I have filmed a few commercials and will be filming a student film in the coming weeks. I would love to be part of a drama series. A show like SWAT or The Rookie would be fun. I like the seriousness of the roles and they throw in some comedy here and there.

The most rewarding part of acting is watching the end result. There is so much work that goes into filming a show or movie. So many people behind the scenes that don’t get recognized. It takes so much organizing and communication. Most people don’t get to see that part of the production. So when it all comes together and airs, its really a big deal for everyone involved.

My friends would probably describe me as quiet, funny and loyal.

Social media is great for sharing and keeping in touch. Of course not with everyone all the time as there are several platforms. I do my best to continue to bring new content and keep it positive. Even during hard times. Its hard sometimes to come up with content so I ask my supporters a times for ideas and what they want to see as ultimately it is about them and not so much about me anymore. There is a lot of pressure to keep the content going and entertaining. Sometimes I just run out of ideas or become unmotivated depending on what else is going on. I just keep going and keep my platforms clean and positive as I can in hopes of motivating and inspiring my supporters.

My favorite healthy food would be apples. Favorite cheat food is McDonalds chicken nuggets and french fries which I actually eat a lot.

My fashion style would be hip and cool. I try different things now and again.

Happiness is what you make it. I can’t depend on anyone else to make me happy. It needs to start within myself. If I am happy, I can make other people happy. Keeping a great state of mind and being fully committed to what I am doing helps me stay happy.

I would love to meet Kevin Hart and Dwayne Johnson. I love their movies and chemistry. I would not mind being in a movie with them either…

Best advise would be to never give up. Keep motivated, keep working and success will be yours.

My family has always supported St. Jude’s Children Hospital. I would love to do more once we are able to be around each other again.

5 years from now I would love to be on a TV show as a series regular or working on feature films.

I don’t have a favorite song right now but listen to everything from country to hip hop. Whatever the mood calls for.

I think social media can be used for a lot of good. It solves crime, finds lost or stolen children but when used for negative I hate it. I hate the bullying that goes on quietly behind the screen. People an be really mean to a stranger who they would never say the same to someone’s face.