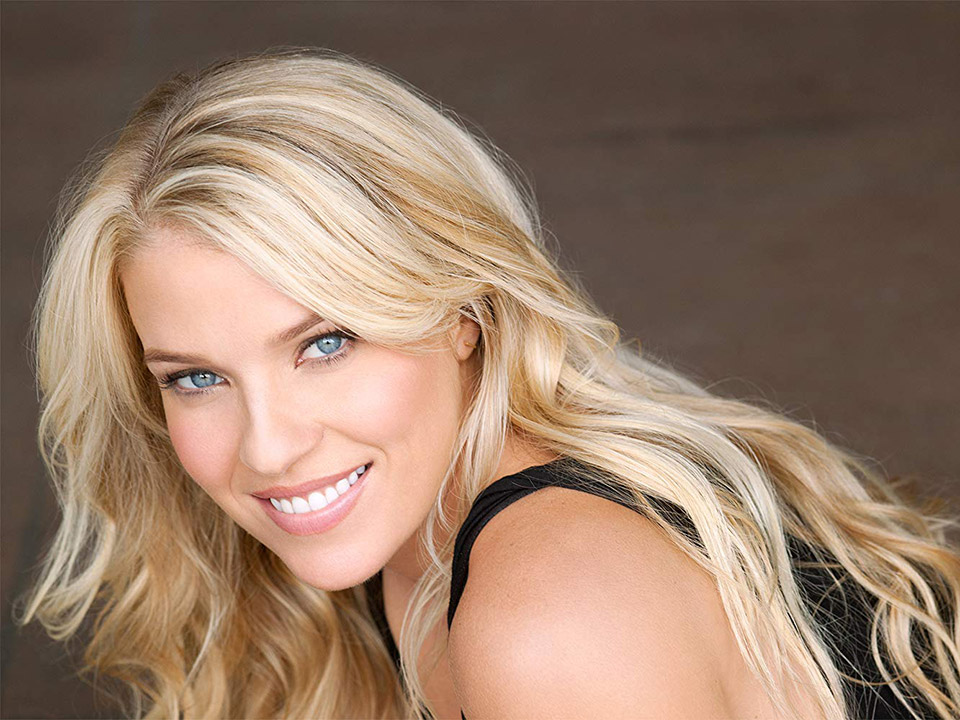 Check our interview with gorgeous and talented actress Alicia Leigh Willis. She is one of four children. Sisters Kimberly and Tiffany, and brother Ryan. Her father is actor David E. Willis. Her mother Leigh, and father David, played Alicia’s on-screen parents (Corey Conway’s parents) on the WB series 7th Heaven (1996).

Alicia is best know for her role as Courtney Matthews on the hit ABC daytime drama series General Hospital. She was nominated for a Daytime Emmy Award for her portrayal in this role in the category of “Outstanding Younger Lead Actress” at the 2003 Daytime Emmy Awards in New York City. Before this role, Alicia was a contract player on the NBC Daytime drama series, Another World (1964). She portrayed fifteen-year-old troubled teen, “Alli Fowler”, until the series was canceled after 35 years of production.

Hi Alicia, please tell us a little about you?

I was born in Atlanta GA. My family moved here when I was eight so my dad could pursue his acting career. I started my career when I was fifteen by doing a Frosted Flakes commercial with Tony the Tiger. Shortly after I booked a recurring role on 7th Heaven working opposite Jessica Biel. I had many guest starring roles after that but my next big break was playing Courtney on General Hospital. After four years a I moved on to do more guest stars and a recurring role on The L Word. I took a break when I had my daughter Simone. Since going back to work I’ve mainly been doing Lifetime movies.

I asked my sister to describe me in three words. She said athletic, adventurous, and genuine.

One of my strengths would be using life experiences to connect to emotions for different characters.

My daughter Simone is by far my biggest inspiration. She is such a bright light in my life! She has such as big heart and is always so kind towards others. She won an empathy award at her school and I could not have been more proud.

My favorite types of acting roles are strong women. I get to play much more interesting roles now that I’m older. I really love to get something that’s challenging. Keeps it interesting.

I’ve had some great roles in the soap world. My first soap was Another World in New York. I was just 19 when I booked the role of Ali Fowler. Later I got to play Courtney on General Hospital. I was there for four years. I learned so much doing Soaps. My training there has served me well over the years.

If I had any advice for new actors it would be always be professional. Show up on time and be prepared. The people that you work for will usually hire you in the future if they know that they can count on you. I’ve been so fortunate to have worked with a lot of the same people over and over again.

The hardest part of my career was when I came back after I had my daughter. I had an agent tell me that I needed to lose ten pounds. I had lost most of the baby weight and thought I looked pretty good. As most new moms know it is hard to embrace what happens to your body after having a child so having someone tell me that at the time was pretty soul crushing. Needless to say I’m not with that agent anymore.

And are you working currently on any project?

Yes, I’m working now on a series on Amazon Prime called “The Bay,” and I play the role of Avery.

My favorite show on T.V. right now is Handmaids Tale. The performances are of the charts!!

When I have free time I usually go on hikes. It’s the best thing for clearing your mind and really connecting with nature.

I feel like I’ve pretty much done everything on my bucket list. There are a few places I haven’t traveled to that I need to make happen. New Zealand is on the list. Oh and heli boarding!!

If my best friend was to describe me she would probably say that I’m not afraid to make a fool of my self. Which I do quite often…

The quote I live by the most would be “Feel the fear and do it anyway.”

My idea of the perfect Sunday is being at the beach with my daughter. She  love to wade through the tide pools and look for shells. That’s my happy  place!

What’s next for Alicia Leigh Willis in 2019?

Currently I am working on a fun little cooking show on youtube with my  daughter. It called My KIND of Kitchen. It’s all about spreading kindness through cooking. We’ve only done one episode so I need to plan the next one. I also have a movie coming out this month call “Mommy’s Little Princess.” It airs on Lifetime on Sunday 3/17 at 8pm.

My definition of happiness would be feeling gratitude. When I look around at all of the good things in my life I cant help but feel greatful. I have been so fortunate to have the life I do and be surrounded by the people I love the most.

I would describe my fashion as being eclectic. I’m usually a jeans and flip flop girl but I can doll it up when I need to.

My favorite healthy food Salmon and roasted sweet potatoes. We have that a lot at home since it’s Simone’s favorite too.

My favorite cheat food is pizza of course!!!!

I listen to all kinds of music. My favorite Singer is Nina Simone. It’s who I  named my daughter after.

If I could meet anyone living or dead it would be Obama. He what a president  should be!

I’ve never really been too into social media. I know that I should make it  more of a priority but there just seems to be more important things to focus  on.

I donate to quite a few charities. There is a great on called Waves for Water  that my high school friend has. They bring fresh water to places that don’t  have access. Definitely check them out!!