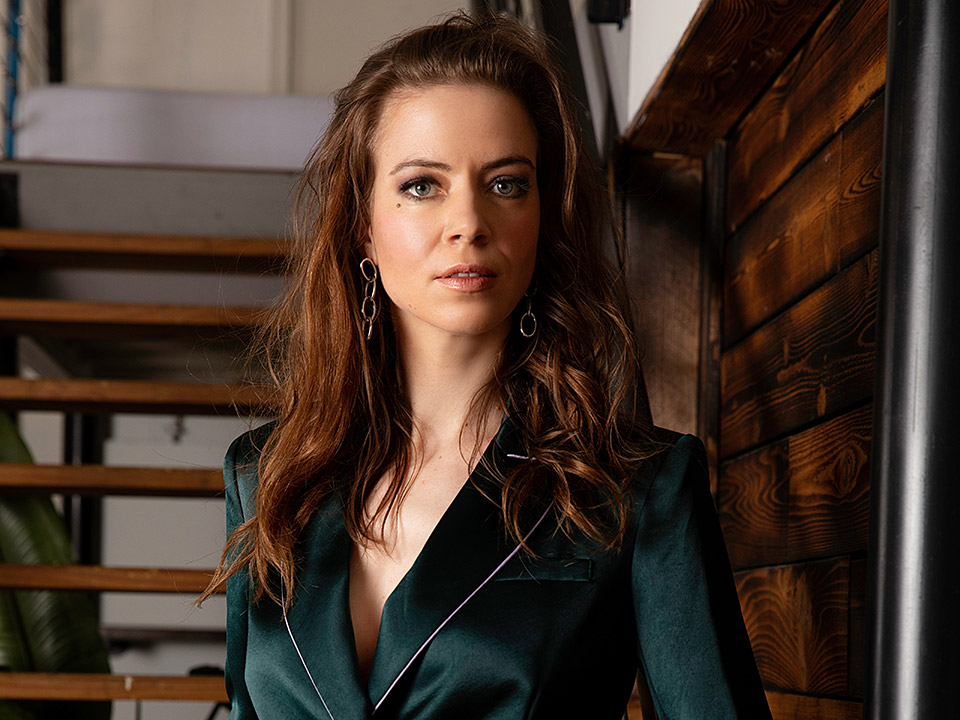 Check out our interview with talented actress and stunt performer Elena Sanchez.

While originally from Germany, Elena has become a breakout star in the U.S. with notable roles in top U.S. films and series such as The Hunger Games: Catching Fire, The Walking Dead, and Sleepy Hollow. Now, she’s onto her next big project: a starring role in the Gravitas Ventures film “Demigod.” Directed by Miles Doleac, the film follows a woman and her husband, who upon the death of her grandfather, return to her birthplace in Germany’s Black Forest – only to find a terrifying secret awaits them.

As a former competitive gymnast, Elena is used to performing under pressure. She has acted in scenes opposite A-list stars such as Nicolas Cage, Sam Rockwell, and Tim Roth. She has also performed stunt work alongside the likes of Tom Cruise, Sylvester Stallone, Chris Pratt, and Gerard Butler. 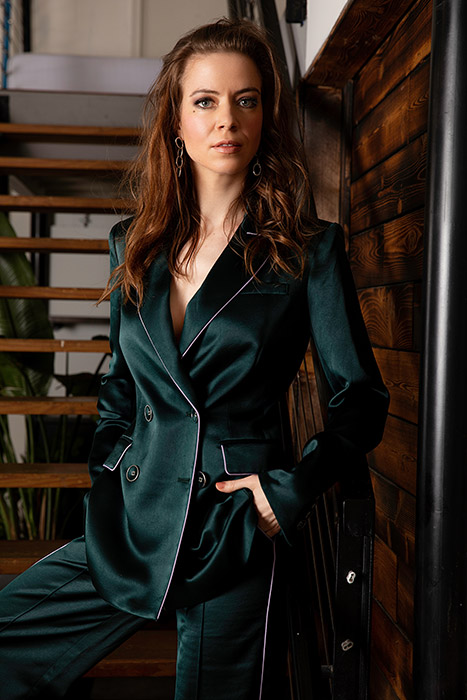 Hi Elena, please tell us a little about you?

I am an actress and former stuntwoman. I was born in Germany, and I grew up there, in New York, and Switzerland. I’m also half Spanish, and I love animals!

I was in college studying Hotel Management and was miserable. We had to take electives outside of our major, and for my arts elective I took an acting class. I fell in love with it and halfway through the semester I decided that’s what I wanted to do with my life. It was too late to change my major, but after I graduated, I moved to New York City to pursue my acting career.

In every way possible! I can’t believe this is my life. I have met so many amazing people, gotten to travel, and been a part of projects that I would have never imagined.

The best parts are being on set, performing, the creative process of making a movie come to life, and meeting awesome people! The worst part is finishing a job and never knowing when your next job will be.

This is very dependent on the type of role but is also a layered process. First, I start working on memorizing the lines. If the role requires a certain accent, I learn the lines using the accent from the very beginning, so as not to confuse myself. Then I think about the emotional arc of the character and think of something that will get me to that same place. Next, I think of the physicality. If it’s something that involves action or a certain skill, I start working out and training specifically for the role as soon as I find out I’m being considered.

Tell us about your work on Gravitas Ventures film “Demigod?”

In Demigod I play Latara the witch. We filmed last year at the height of the pandemic, at a campground in the middle of nowhere in Mississippi. We were also living at the campground, so we were all quarantined there. It was so much fun! The entire cast and crew were so great. Latara was a very interesting role to play, she has a very complex layered personality. I also got to do my own stunt, which is at the very end of the movie, so I can’t give that away, you’ll have to watch it! 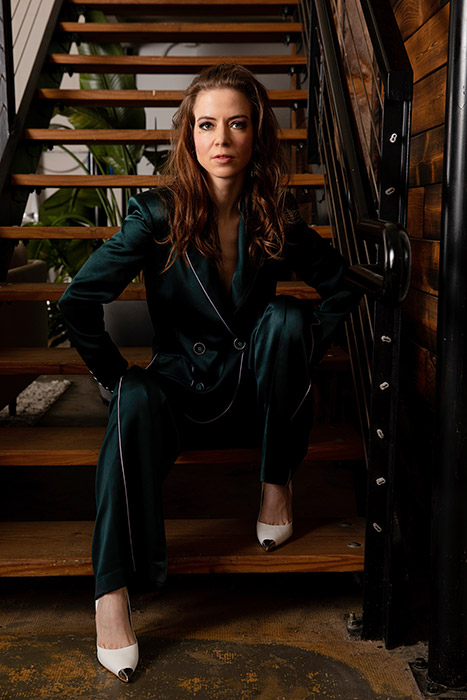 And about working on top U.S. films and series such as The Hunger Games: Catching Fire, The Walking Dead, and Sleepy Hollow? That’s amazing. Congrats!

Those were some of my favorite projects to work on. The Hunger Games, specifically, was such an amazing project to be a part of. The sets, the costumes, the cast, it was such a dream. On The Walking Dead I played one of the wolves in season 6. Sleepy Hollow was a fantastic project too. It involved intense prosthetic make up, which took over 5 hours to apply, and 2 to 3 hours to remove at the end of each day.

Another fun one was Mr. Right, where I played an assassin opposite Sam Rockwell. I have also gotten to do stunts on some really great projects, like Avengers: Endgame, Spider-Man, Baby Driver, and Oblivion, to name a few.

I really like action movies and I’m great at doing my own stunts, so I would love to play a bad-ass superhero. I also really enjoy doing zero-gravity wirework, so maybe I can do an action movie set in outer space! But I also love playing complex women and villains, and I’ve never done a romantic comedy so that’s on my list as well!

The most rewarding part of my job is when someone tells me how a certain movie or TV show I’ve worked on affected their life in a positive way, whether it inspired them, or helped them get through a difficult time in their life.

Don’t give yourself a time limit, don’t give up, and when things don’t seem to be moving forward, find ways to stay creative and create your own content. Also, go to the weddings and the birthdays and the family reunions. You won’t regret making those memories.

If you’re 15 minutes early, you’re still late. Try to get to know and learn from as many people on set as you can. Always speak up if you think something looks unsafe.

What’s next for Elena Sanchez in the last months of 2021?

I’m working behind the scenes on a film in Atlanta. It’s a fantastic script and we have some amazing actors attached. That will keep me busy until Christmas, and then I’ll be heading to Europe to spend the holidays with my family.

Feeling fulfilled by life and feeling gratitude for what I have.

Jesus. I have so many questions to ask!

One of the organizations I love supporting is Doctors Without Borders. The work they do is lifesaving. They provide medical care to those who are sick or need assistance due to natural or man-made disasters, or armed conflict. They provide neutral care irrespective of race, religion, creed, or political convictions.

I see myself working as an actress and producer on stories that are important to share with the world and bring people joy. And maybe I’ll be married, with a baby in my life. The thought of that kind of scares me, but I hope I’ll be able to balance being a mom with my career.

Anything that makes me want to dance like no one is watching!

I think social media is an incredibly powerful tool. It’s been amazing to connect with people around the world. Whether it’s family, friends, colleagues, fans – it’s made the world a lot smaller and opened up possibilities that were never there before!

Quote: Will Smith — ‘There’s no reason to have a plan B because it distracts from plan A.’

TV Series: Too many to list, but the last show I just finished is Manifest!