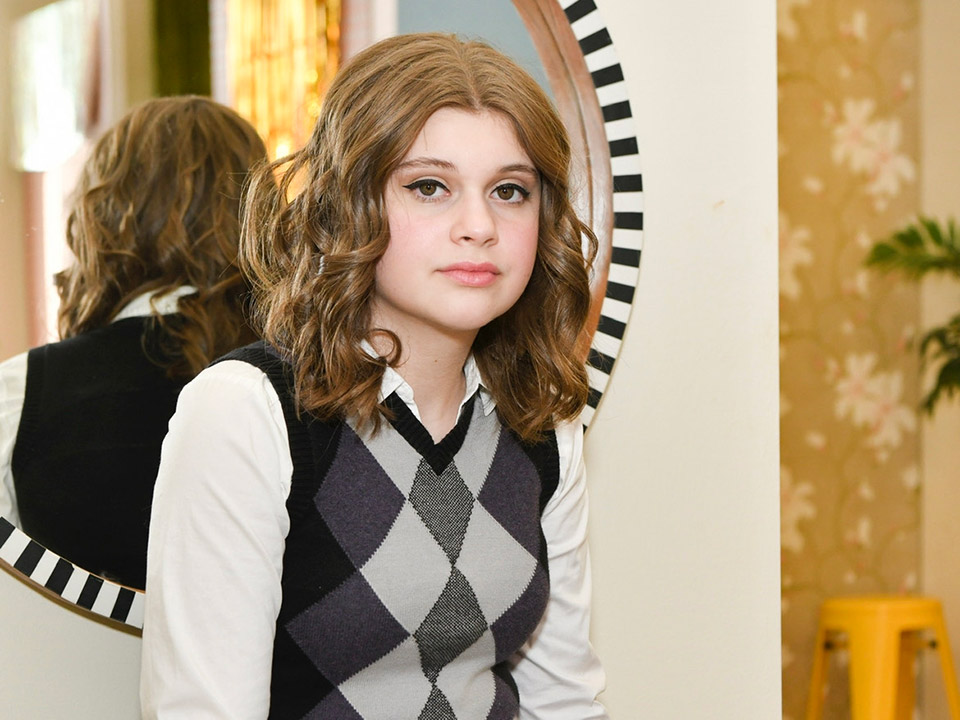 Isabella Fowler was just 6 years old when she declared she was going to be an actress on the Disney Channel. To reach that goal, she began performing in musical theater productions such as Madagascar and Seussical Jr. which led her to a showcase in California, landing her both an agent and manager. On the way to her dream, Isabella booked roles in 11.22.63 with James Franco, Salem with Shane West, and eventually landed on the Disney Channel in Just Roll with It starring Suzi Barrett.

She can also be seen in Amazon Prime’s Famous Little Girls, playing a young Coco Chanel for which, she has won several awards in film festivals for Best Supporting Actress as well as the lead in the 48-hour Film Festival short Hahn vs. Gilgallon: The Battle of 2 Different Generation Protagonists. A master at Improv, Isabella has a photographic memory which adds to her ability as both a dramatic and comedic actress. She is passionate about animals and spends her free time volunteering at local animal shelters in both Louisiana and California. While her first love is acting, Isabella enjoys equestrian riding, script writing, and horror films. 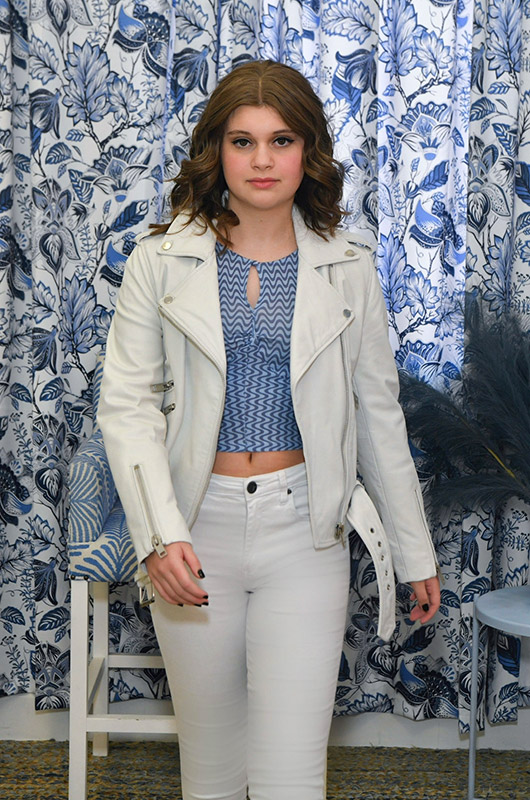 Hi Isabella, please tell us a little about you.

I am originally from Haughton Louisiana, I told my mom I was going to be an actress on the Disney Channel when I was 6 and l achieved my goal at age 11.

I would describe myself as fun, passionate, and crazy!

I started acting when my mom finally let me do theater when I was 9 years old. Then I did a showcase in California and was signed by an agent and manager at age 10.

Acting has changed my life because I get to live in California and live out my dreams but I also get to go to my house in Louisiana and visit family and friends.

The best part about being an actress is being on set and meeting other actors and of course the different roles I get to play.

The worst part about being an actress is missing my family and friends.

When I prepare for a role I usually go really in depth to a character creating a whole world for that character.

Tell us about your work on musical theater productions such as Madagascar and Seussical Jr.?

Madagascar was my first lead role in a musical theater production. I played Alex the Lion and it was a lot of hard work but so fun! In Seussical I got to play The Cat in the Hat and I was able to sing like Louis Armstrong and do all sorts of crazy things. 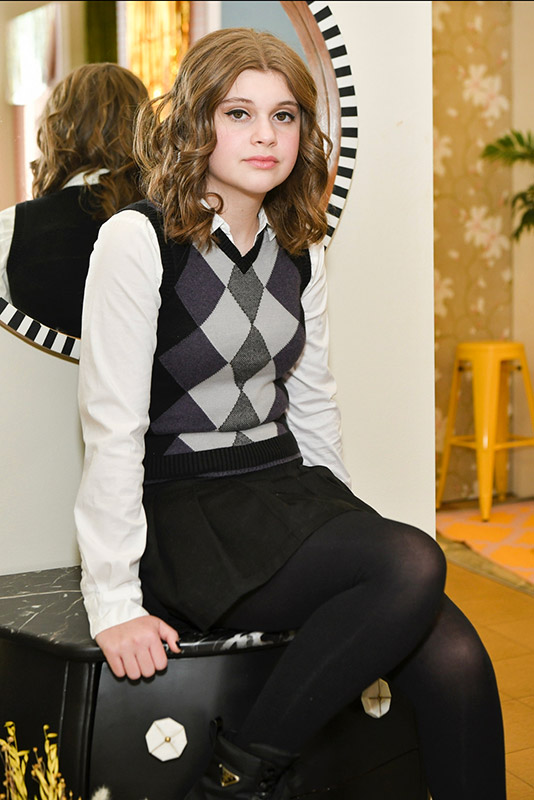 And about working on projects like 11.22.63 with James Franco, Salem with Shane West, and Disney Channel’s Just Roll with It?

In the project 11.22.63 with James Franco the scene I was in was where John F. Kennedy was assassinated. I got to be a part of recreating that scene, which was very cool. Salem was a period piece set in the 17th century and the set was made as an actual entire town which was unreal. My role on Just Roll with It on Disney Channel was a dream come true since that was my dream since I was 6 years old. It was filmed in front of a live audience so the energy was amazing!

Now tell us about Amazon Prime’s Famous Little Girls? And your role as young Coco Chanel?

Famous Little Girls was filmed at a house in Los Angeles and it was as if a little girl decorated it. I had to research CoCo Chanel to get the character right and there was not a lot of video on her. I think I did her justice since that’s the role that earned me 5 awards from film festivals.

Thank You! That was amazing because I loved that role. It’s very special to me that I won an award for playing an actual person when I was so young.

Recently, I was the lead in a 48 hour film project where you get the script and have to film the entire thing in 48 hours. I also just filmed an episode for a YouTube series XO Love.

I would love to play a villain! I think that would be really fun for me because I’ve always wanted to give that a try.

The most rewarding part of my work is getting to do what I love and what I know I was meant to do.

The best advice I could give newer actors is that it’s tough to be able to handle rejection and sometimes even not knowing how you did in the audition. It takes time to build a resume but enjoy every minute of your journey.

The greatest lessons I learned so far in this business is that you can get rejected a million times but it only takes one role to get your career started so don’t give up.

I think my best friend would describe me as outgoing. She knows I will embarrass her!

If I were a book, the title would be “The Seven Lives of Isabella Fowler” because sometimes I feel like I’m living seven different lives. The title is a mix of that idea and also one of my favorite books.

The advice I would give to my younger self is keep your confidence and never lose your outgoing personality.

One book every entrepreneur should read is “Audition” by Michael Shurtleff. It has great insight on this business if you’re just getting started.

What’s next for Isabella Fowler in 2022?

I’ve been getting really big auditions recently and I have a big project I’m going to start working on soon.

I think my favorite healthy food is probably salad, but specifically the ones from Outback, I am a picky eater so I don’t eat a lot of different foods. But this year I have been trying more new foods.

My favorite cheat food is from Chick Fil A. I’ve been eating Chick Fil A since I was born so definitely that!

My definition of happiness is to be able to pursue my dreams. That is what makes me most happy.

If I could meet someone living or dead it would have to be Heath Ledger. I really adore him as a person and an actor and I would have loved to meet him.

The best advice I was ever given was that acting is a marathon not a race.

I support the charity TSR LA baby momma pet adoption because I love how they help dogs in need.

Right now my favorite song is Last Words of a Shooting Star by Mitski because I love everything Mitski writes and it’s catchy.

I think people can be brutal on social media but I like to share stuff from my life on there and keep everything positive!