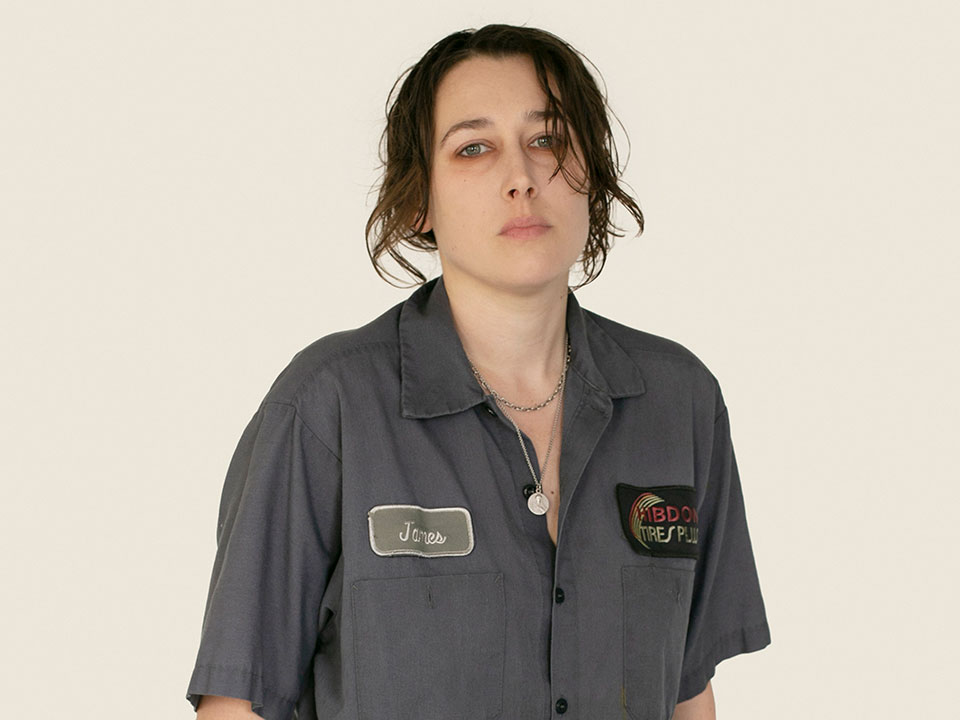 Check out our interview with talented actress, producer and front woman of the garage rock band The Bobby Lees Sam Quartin.

Sam can be seen in a scene stealing performance opposite Academy Award winner Melissa Leo in “Body Brokers” in which Sam also serves as an executive producer. The film follows Utah (Jack Kilmer) and Opal (Alice Englert), two junkies living on the streets of rural Ohio until a seemingly chance encounter with the enigmatic Wood (Michael Kenneth Williams) brings them to Los Angeles for treatment. Utah soon learns that rehab is not about helping people – it’s merely a cover scheme for a multibillion dollar fraud. Sam shines as Tina, a young mom who is finally determined to stay sober for her two young children.

Next up, she will be seen leading the cast in the highly touted pandemic thriller “Tyger Tyger” opposite Dylan Sprouse. The film follows a young woman, Blake (Quartin), who robs a pharmacy for life-saving medication while awaiting her test results during a pandemic.

On the music front, Sam is the front woman of the garage rock band The Bobby Lees. They released their critically acclaimed album, “Skin Suit” in July 2020. The album was produced by punk legend Jon Spencer of the Blues Explosion via Alive Naturalsound Records (The Black Keys, Iggy Pop). The Bobby Lees are currently finishing a new record with multi-Grammy Award winning producer Vance Powell, who has won Grammys for his work with Jack White, Chris Stapleton, and Beyoncé, to name a few. Their single “Drive” will also be featured in “Tyger Tyger” upon its release.

Hi Sam, please tell us a little about you?

I sing and play guitar in a band called “The Bobby Lees.” I also sometimes get to act and work on films.

I got my first job off a Backstage casting and then I booked a cool project with Crispin Glover, and he was super nice and recommended me for another film, and then I got more jobs from there.

Besides playing music, there’s nothing else I really want to do workwise, right now. I’m really grateful for the opportunities I’ve gotten. Before I got into acting, I was very lost and had no idea what to do with my life. When I’m working on a film, now, I feel really content, there’s nowhere else I’d rather be. I have the same feeling when I’m playing a show with my band.

Best part is the amazing creative people you get to work with and getting paid to play pretend. Worst part for me is the auditioning process/waiting for the next job.

Tell us about your work in indie films “Body Brokers,” and how was working opposite Academy Award winner Melissa Leo?

I play a young mom named Tina who is trying to get sober and is seen in the film talking with her therapist Dr. White (played by Melissa Leo).

Melissa is an incredible actress and person. I was nervous at first to do my scenes with her, but she made me feel really comfortable. She’s such a pro and it was just a pleasure working with her. I’ve gotten to know her a bit off screen and she’s a true gem.

Now tell us about your work in “Tyger Tyger?”

Tyger Tyger was the best film experience I’ve ever had so far. The director Kerry Mondragon wrote such a cool script and the whole process was fun. The cast was amazing, and I really connected with everyone more than I have on any other film. I play Blake, a girl who robs a pharmacy and kidnaps a drug addict she falls in love with, and they hit the road to distribute the stolen meds to those in need. 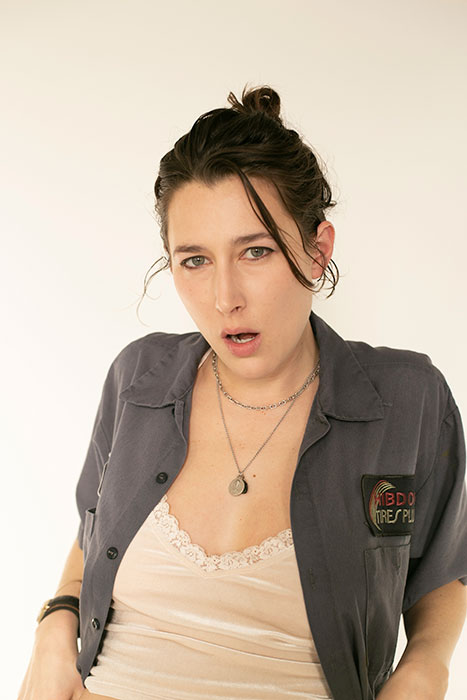 It depends on the project, I guess. For Tina, in Body Brokers, I related to the early sobriety part, but I don’t have kids, so I met with a young mom who had recently relapsed, she was kind enough to share her story with me, and I used that as inspiration for Tina. For Blake in Tyger Tyger, I was supposed to fall in love at first sight, so I did some prep with Dylan’s character Luke and tricked myself into falling for him for that period of time. Sometimes you start changing or thinking like the character, that’s when I feel like the prep worked.

I did a film called Run With the Hunted with Michael Pitt which is out now. Working with Michael was a really special experience, he’s so fucking talented.

There’s also a movie called Let Me Make Your A Martyr- I think you can rent that now as well.

I’m really drawn to the script itself and the people who I’d be working with. I like to play all kinds of roles, but the intention of the writer/director is really important to me. If it feels honest and feels like they don’t have a choice, they have to make the film- then I want to be of service to that and be part of it.

Now tell us about your garage rock band “The Bobby Lees?”

We’re from Woodstock, NY. We’ll hopefully be back on the road touring soon!

I love Iggy Pop, Bo Diddley, Jack White, Little Richard, James Brown, Patti Smith. There’s a bunch of people I love. I don’t really have a choice with music. I feel insane if I don’t do it. I used to have panic attacks before I started a band. They’ve thankfully gone away now since I have a place to put my energy.

I can kind of play guitar… just enough to write the song ideas.

Tell us about your EP “Skin Suit,” and your single “Drive?”

We made that record with Jon Spencer of The Blues Explosion and he was so great to work with, he helped us a lot.

Our track “Drive” plays on the radio in the film Tyger Tyger, and I wrote it right after we finished shooting that film. 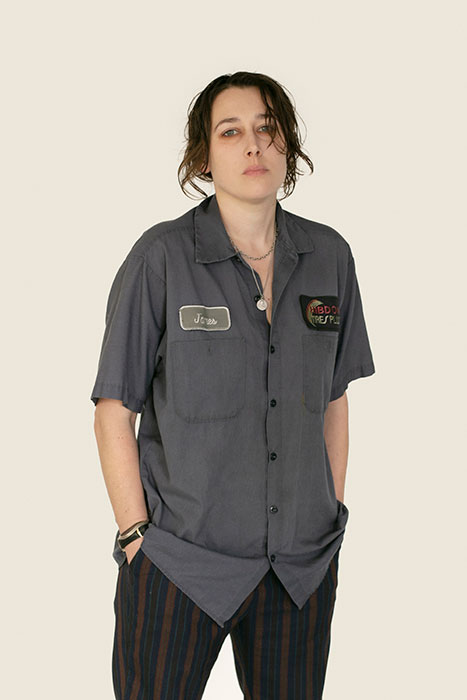 As a popular actress/musician you are followed by so many people. How do you feel about that pressure of doing always the right thing, and encourage people to follow their dreams?

I don’t feel pressure in that way, but I always encourage people to take a risk and follow their dreams whenever I talk to someone at a show.

If they feel paralyzed in fear, I recommend they read a book called The Artist Way, that helped me a lot.

I have 2 films coming up back-to-back – one shoots in April, one in May. My band recorded a new album we’re excited about, so we’ll be releasing some new music once the world opens up again. We’re booked to go on tour in Europe this summer but that depends on the state of the world re-opening and stuff, so we shall see.

I’d love to talk to Aldous Huxley or George Orwell. I feel like they could come up with a plan to save the world.

Recently I was told “if you have an issue with anyone or anything, just speak your truth kindly and you can’t go wrong.” That seems to be working so far.

FAMILY in the Hudson Valley is one of my favorites. The woman who manages the charity – Beth, is an angel on earth. I volunteer with them when I’m free and they do an incredible job getting fresh produce to people who are food insecure within the community.

Quote: “Oh how wrong we were to think that immortality meant never dying” – Gerard Way