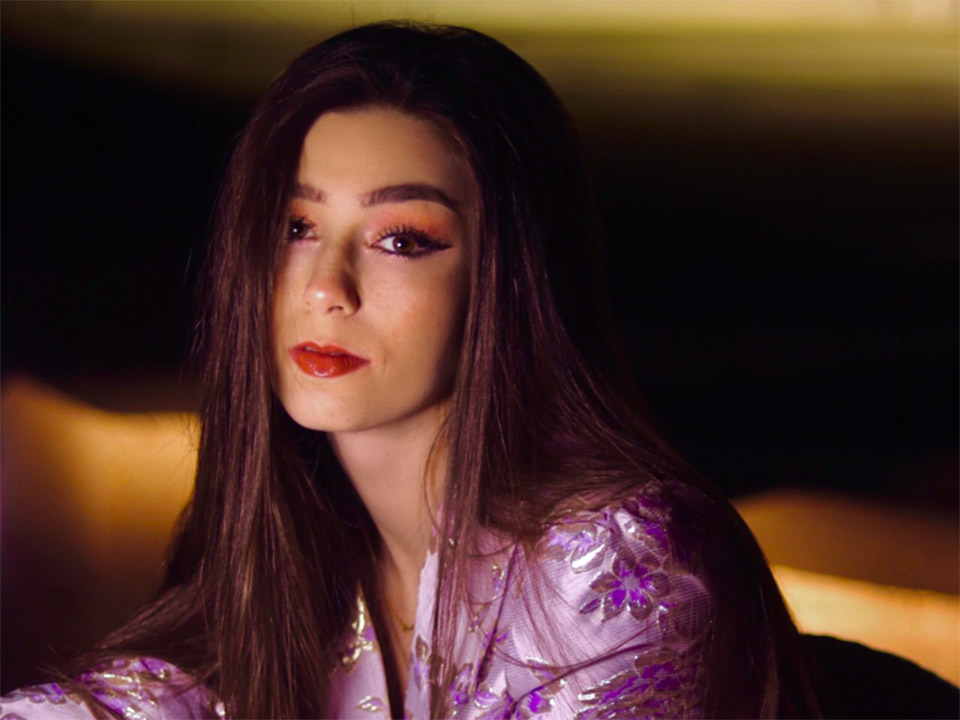 Check out our interview with Gianna Adams who is a true quadruple threat performer, proficient in acting, singing, songwriting & dance. She began her acting career at age 10 in the role of “Annie” and has been in love with the craft since then.

She also writes her own music and recently released an EP, “I Don’t Know” available on Apple Music and Spotify. 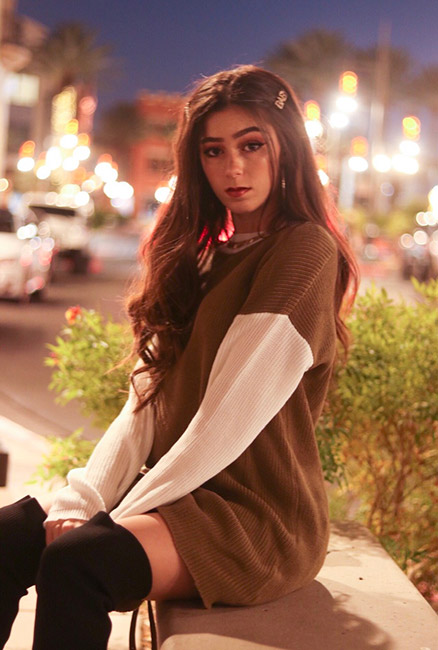 Hi Gianna, please tell us a little about you?

I am a singer, songwriter, actress originally from Las Vegas. I have been writing songs since I was 5 years old, as well as acting and performing since I was 9 years old. I was a competitive hip hop dancer my entire life, and am currently studying songwriting, music business and production with Berklee College of music in between recording music, writing songs, and auditioning out in LA where I now live with my best friend!

I have more than I could name but some of my biggest role models are Audrey Hepburn, Barbara Streisand, and Carole King.

I have been infatuated with acting, movies, & television for as long as I could remember, but I first got into acting when I was about 9. I had a friend who was auditioning for the play Annie, and after immediately taking interest I went for my very first audition ever not knowing what the songs were or much about the show and ended u getting to play Annie for the run of the show! Ever since then I have had an unbreakable love for it!

Acting has changed my life in more ways than I am probably even aware of in all honesty. It is such a magnificent art form that allows you to live other people’s truths, go through experiences that touch the hearts of other people and give those a voice who don’t have one. It has provided me with so much compassion, healing and love and helps spread that which is needed into the world. It’s an extraordinary thing and I love it.

Tell us about your work in “Solve?”

Solve was really fun to be a part of. I is an interactive crime show and I had the ability to be the criminal for the episode I was a part of. On top of working with the really lovey crew, there was the most adorable pup on set that I got to do scenes with!

And about your work in “Skater?”

Skater was really fun for me because my scene took place at the ice rink, and I figure skated when I was younger so was really excited to be back in that environment.

How was working with Pharrell Williams in his video?

Working on the Happy music was so much fun and everyone involved was so kind and always smiling. It was a long day of shooting, and we listened to the song literally the entire day so I knew all of the words before it even came out on the radio!

Now tell us about your music career?

I have been writing music since I was 5 years old and began recording and releasing my original music at the age of 12. I had the opportunity to be chosen as 1 of 10 songwriters to attend Grammy Camp hosted by the Grammy Foundation, and also for other artists in addition to myself. I just released a new single called “Snow in July” that is out now and I am working on lots of new music that will be coming out through the year!

It’s so hard to find the 3 words that would properly describe it so I guess I’ll say “from my heart” because my sound is made up of my stories and just the sound I love.

I have had the pleasure of working on some really amazing short films, both comedic and dramatic, that covered some real and raw story lines of love and loss that were so much fun to be a part of. I can’t wait for what’s next.

I would say one of the most rewarding part of my work is having the ability to be a voice for those that need one and create art that touches the hearts of others. Inspiring others in anyway is absolutely a gift. 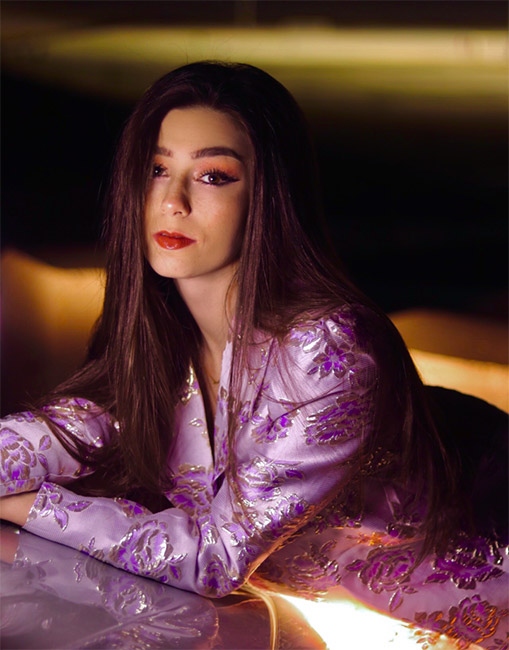 Well… most foods I eat would probably be considered cheat foods ha-ha. But I would have to say Ben & Jerry’s double fudge brownie ice cream or the cookie dough doughnut from DKs Doughnuts!

Describing my fashion tends to be difficult for me because I truly dress completely differently dependent on my moods, but for the most part I would describe it as classy sheik meets edgy street-ware.

She would probably describe me as kind, compassionate, talented, and a total dramatic weirdo.

Right now I am working on releasing a song on the 20th of each month for 2020 and actually just released the single called Snow in July out on all platforms now! Lots of music and content in the works to put out this year that I’m super excited about and lots of other blessings, I hope!

My definition of happiness is honestly just being surrounded by people I love, doing what I love and great food of course!

A normal day in my life is hard to describe because no day is really the same for me, but it usually includes a combination of lots of coffee, vocalizing/working on music, writing songs, auditions, acting class, and a yummy dinner.

There are so many variations of what could be the perfect Sunday, but one of those would have to be having a crepe & skillet breakfast with the people I love most and a picnic dinner on the beach.

There are so many people I would love to meet, but one would be Ariana Grande because she is one of my idols and I would love to pick her brain about music, her career, and honestly everything.

I think some of the best advice I have ever been given is “do it now”.

Of course, I am huge supporter of The Humane Society against animal Cruelty, and Susan G. Komen Breast Cancer Foundation among many others, and hope to start my own non-profit charities in the future.

I will be a Grammy winning artist and songwriter, writing for artists on billboard and taking on acting roles that touch the hearts of others while working harder than ever towards my EGOT.

I am loving Doja Cat at the moment, so probably her whole Hot Pink Album. It just groovy and hooky and I love it.

I love music in general. Growing up I listened to every type of music from Prince to hip-hop to classical music and have developed a very eclectic music taste, what I’m listening to usually just depends on what mood I’m in that day.

I think social media has lots of pros and cons. It can be really consuming an cause people to be less present and hyper focused on “what they look like” or ” what to show” online which can be tough. On the other hand, it allows for more opportunities, especially for artists like myself, then ever before! You can share your loves and passions with the world with a click of a button, and even grow a fan base and following all by yourself. Its an exceptional promotional tool, and something that has personally really helped my career so far… I think it’s just all about balance.

Favorite Singer/Artist: Oh goodness, there’s too many to name. Some names on the list would be Ariana Grande, Whitey Houston, Aretha Franklin, Anne Hathaway, Margot Robbie, Sandra Bullock, and

Book: You are a badass, by Jen Sincero