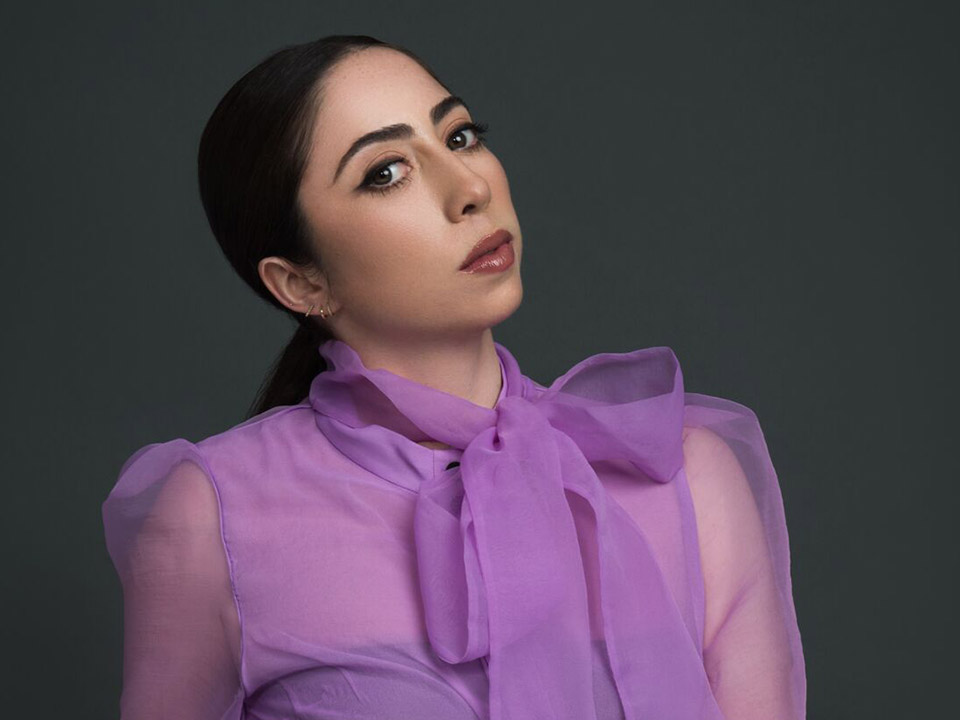 Olivia can currently be seen on the AMC dark comedy “Lodge 49” as Janet Price. Janet is the CEO of a mysterious food distribution corporation, projecting the image of a savvy business woman who has it all together, touting self help books and touring as a motivational speaker. As the story unfolds, we discover the unstable truth of Janet Price.

Olivia is best known for her critically acclaimed role of St. Cloud police officer, ‘Winnie Lopez,’ in FX’s Emmy award winning series “Fargo.” Olivia starred in season 3 of the drama alongside Ewan McGregor and Carrie Coon. She also heavily recurred in Shonda Rhimes’ “For The People” on ABC, as AUSA ‘Celia Chavez,’ a gifted and ambitious attorney who can be seen facing off with the opposition in court. 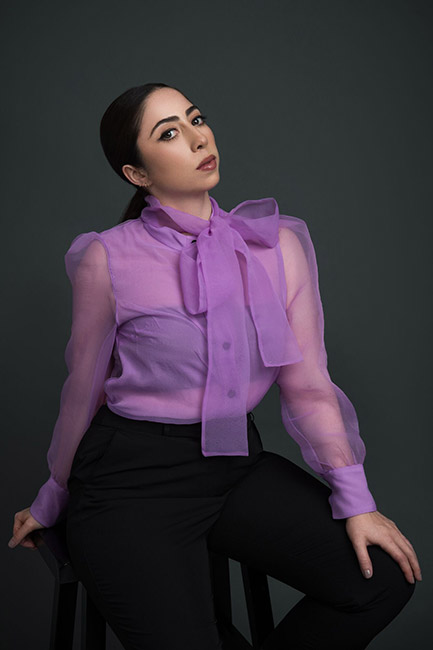 Hi Olivia, please tell us a little about you?

Hello there! Well, I’m an actor. I was born and raised in Los Angeles. I’m married. I’m obsessed with my cat. In the past I played standup bass in an Irish folk band. I write poetry, sometimes screenplays, but mostly I doodle. I’m producing a horror film. I love to cook and I love to sing in the car!

My ability to empathize.

I would say my father. He’s a veteran character actor and watching him navigate the industry with grace and a good sense of humor has inspired me consistently throughout my life! Also he’s really good at pretending to be other people.

I love this question. My definition of happiness has evolved over time. When I was younger, my image of happiness was rigid: idyllic, sunny, free of suffering. I was working toward a future where I could squeeze my life into a silhouette I labeled perfect. But as I grew up, and had experiences both negative and positive, I came to understand that no place, person, or thing is perfect. Nor is there a sun-drenched field where all suffering ends. But there is profound beauty in the world, always. My definition of happiness is an eternal state of giving and receiving, where I can honor the bad, and love the good.

I made a huge splash as Madame Dilly in my 9th grade production of Company, but my first professional acting role was in Alex Cox’s Repo Chick, a sequel of sorts to his cult classic Repo Man. I had one line and I could barely get it out I was so nervous!

The best part: I’m never bored. The worst part: nothing is guaranteed.

One of the many charms of Lodge 49 is that it’s nearly impossible to describe. It’s set in Long Beach, where hard-working, blue collar Southern Californians find refuge from the monotony of life in the walls of the Ancient and Benevolent Order of the Lynx, a fraternal order not unlike the Free Masons. We follow Dud and his twin sister Liz, as they struggle in the aftermath of personal tragedy, financial setbacks, and physical injury. Where Dud finds solace and purpose at the Lodge, Liz wanders down a path less direct. Oh, and there’s magic, mystery, rats, the northern lights, alchemy, and plumbing. Needless to say, it’s the kind of thing you just have to watch.

And about your role as Janet Price?

Janet is the young CEO of Omni Capital Partners Food Service West, a regional conglomerate that owns and operates a series of Hooters-like restaurants. She and Liz meet via a series of madcap events, and Janet attempts to take Liz under her wing, or steal her identity, we’re not quite sure. Janet is ruthlessly ambitious and permanently worried and very good at spinning yarn into gold. In Liz, she finds an unlikely companion and dare I say friend, although I’m not convinced Liz would agree.

I got my big break in Fargo Season 3, which was a fabulous adventure and a beautiful experience I will treasure forever. I was also in Paul Feig’s A Simple Favor and recurred on Shonda Rhimes’ For The People!

I love to write poetry, and I love to go camping. Getting “lost” in nature with my husband is my idea of heaven.

I’m producing a horror film called Hitorikko. It’s my first time on the other side of things and I’m really excited!

I would have tea with Samuel Beckett. For some reason I just imagine us sitting in silence. That would be enough.

A slow morning with black coffee and homemade bread, followed by a long walk in the woods, hopefully to a waterfall, ending with a campfire and starry sky.