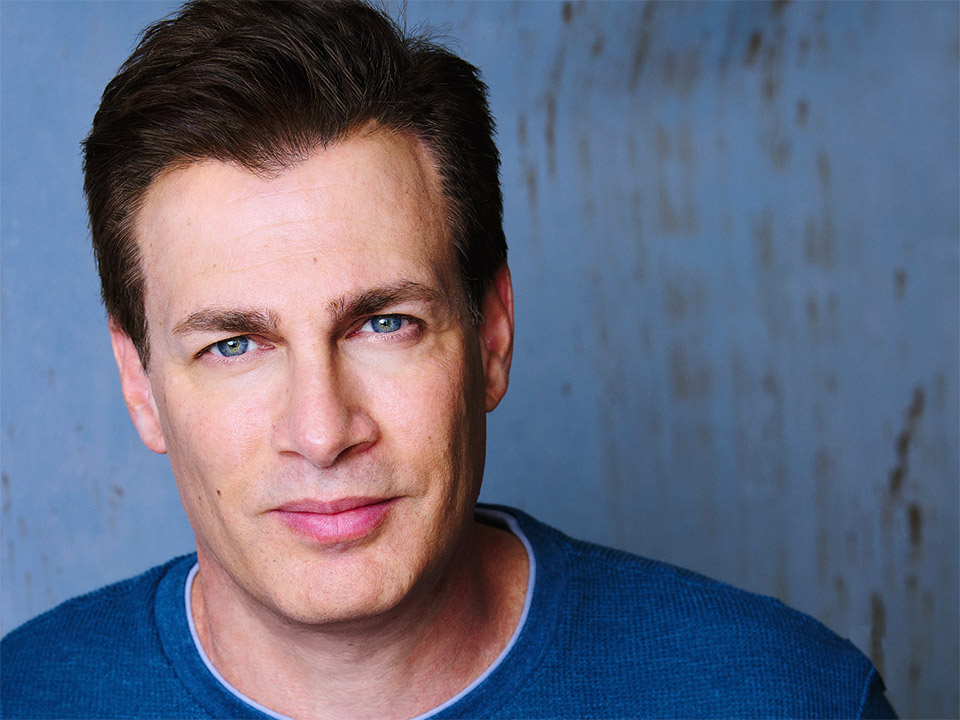 Check out our interview with talented American actor David Violi.

David can be seen in the TV series as Intevar in “Realm of the Waterfall”, a high concept adventure/fantasy series on the scale of “Lord of the Rings,” and as Detective Hamilton in “Through Jade’s Eyes” an intense crime drama about a detective and a physic medium.

David can, additionally, be seen Guest-Starring on various TV shows. An all-around athlete, David has trained with Stuart Wilson, Bruce Willis’s longtime personal stuntman, in weapons handling and action acting. When David isn’t busy making a new film or TV show he can be found staying active, hitting the gym, swimming or enjoying the outdoors from the beach to the mountains. 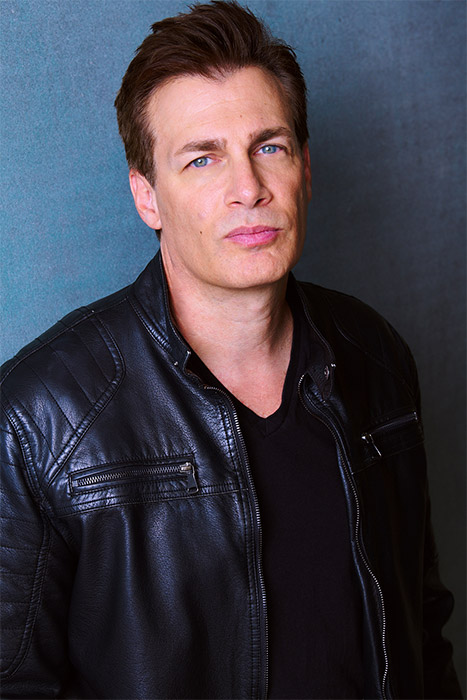 Let’s see, I’m a Jersey boy from a place called Hamilton. Great place to grow up and spent my summers down the beach with a bunch of great friends, many that I’m still in touch with today. What a blast that was…listening to rock n’ roll, chasing girls, surfing and just having fun. Haha. Then after high school I got this acting bug and loving it!

I was living at home as a teenager in NJ and saw an ad in the local paper to audition for a local play. So, without telling anyone, I went to the audition and bam got one of the leads in the play. Had no idea what I was doing, but I sure learned a lot fast! After that I did a handful of other plays, then started to hit the train to audition in New York City and then making the move out here to LA.

Well, it’s made it an incredible journey. I’ve got to meet incredible people with so much passion and talent. Have had amazing ups and just as many downs, I’m sure. Haha. And with that, you learn to appreciate life at the moment because you don’t know the next time you will be able to have an experience like the one you are in.

There’s a lot of uncertainty and instability that can go on a long time. There are a lot of 20 year “overnight” success stories. You really need belief and perseverance to get where you want to be. But, all that is so worth it when you get to be apart of bringing a vision or story to life…to be able to entertain people…to be able to express yourself through your acting theses are all priceless.

Tell us about your upcoming work in the series “Realm of the Waterfall”?

“Realm of the Waterfall” is going to be something very special from Ubiquity Entertainment. There will be many different and unique cultures and societies all looking for world supremacy. My character, Intevar, is one of the main character of The House of Draven. It will be full of action, adventure and fantasy. Some of the locations we will be filming at are just mind blowing! So buckle up this one is going to be a wild ride. Kevin Kellum, the CEO of Ubiquity Entertainment, is really a visionary and trail blazer. As his plan continues to unfold it is truly becoming something special. He has a belief and trust in performers, including myself, that you just don’t come across that often. I’m incredibly excited to be working with him.

And now about your work in “Through Jade’s Eyes?”

“Through Jade’s Eyes” is from a wonderful writer, Sue M. Swank, and is a powerful and engaging crime drama. My character, Detective Hamilton, crosses paths with a psychic medium Jade Frost, played by the amazing Jillian Newton. Though he resists, he can’t deny where her visions lead them. They have such an intense push and pull relationship both professionally and personally. This is one that you won’t want to miss an episode.

It can be slightly different from role-to-role, but basically I like to find what makes a character tick….what has he gone through..going through and how does he think, feel and deal with different situations. I trust my instincts a lot and then just do it. Trust and confidence in yourself are the best tools an actor can have in my humble opinion.

Well, one of my most memorable ones was when I was first starting out, I did this show with comedian Doug Stanhope and other great people called “24 Hours In Hotel Hell”. It never aired, but was just so fun to film. We stayed at this resort for like two weeks out in the middle of the California desert…haha. Doug was a good guy and hysterical to watch and work with. Two weeks of having the run of this resort, that was a fun one from the early days.

I love all types..comedy…drama..thrillers…you name it, but it has to be interesting in some way. If it’s not holding my attention when I’m reading it then, I feel, it will be difficult to hold the viewers attention. And, that’s who matters, the viewers, they have to have the payoff of a laugh, a scare, etc.

Obviously, it is personally rewarding for me to get to express myself and help bring these characters and stories to life. I, also, get great joy out of knowing people are watching and enjoying work I am part of, that’s an extended reward after filming has stopped. Another amazing reward is the people I get to work with on set. It really takes a village to make these shows and films come together. I take no one for granted and am thankfully for each and everyone’s hard work. You know you love what you do when you have to be on set at 4 a.m. for a 16 hour work day and you have a smile on your face.

Well, I have “Realm of the Waterfall” and “Through Jade’s Eyes” coming up soon which I can not wait to get started on. There are a few other projects that I can’t name, but have the potential to get going in 2021. I would love to pick up a Film or another project before or between these other ones, too….what can I say…I like to keep busy. So, if you have one send me a message…haha!

Well, I try to eat a simple diet of lean meats, though little red meat, fish, salads, vegetables and some whole grains. So, to answer your question I’m going to say olive oil only because I use it so many ways. I use it to cook with and with my salad dressing. I even order in a specific type that is high in something called polyphenols which are good for you. And, you can’t go wrong with a good avocado.

Wow, how longs this interview? Haha. Well, here’s my top 3. I’m from NJ so I have to have pizza in there. Then living in Los Angeles got to have a burger…In-N-Out Double Double, baby. Finally, the one that gets me more than others Cool Ranch Doritos. I must say I’ve been pretty good keeping these in check…if not…more timeL at the gym! 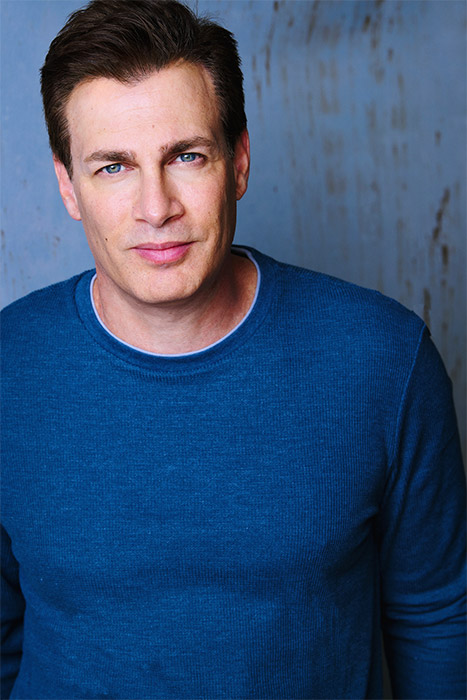 To listen. Yes, it is paramount in acting, but it also is true in life. So many people want to “be heard” but don’t want “to hear”. Just like in acting, in life you can’t get where you want to go without listening.

I do. I’ve been a longtime supporter of St. Jude Children’s Hospital. Such a great place and the work they do is incredible…Stjude.org. I, also, love the ocean and support a place called 4ocean (4ocean.com). They are literally out there pulling trash by hand out of the ocean.

Growing and learning. I’ll be working on diverse projects for TV and Film, pushing myself artistically with them and working with incredible talent behind and in front of the camera. With that, hopefully, more charitable opportunities will come my way. Most importantly, having fun both professionally and personally because if you aren’t enjoying it it’s not worth it.

Best place is on Instagram @RealDavidVioli (Make sure you say “Hi”)

You can, also, keep up to date on my projects at Imdb.me/DavidVioli

Book: “Think and Grow Rich” by Napoleon Hill (hard to go wrong with the basic principles laid out in there)

Quote: “The harder I work, the luckier I get.”

Movie: So many, but I’ll go with “Ed Wood” or “Big Wednesday”

Interview with singer-songwriter and producer FLAVIA