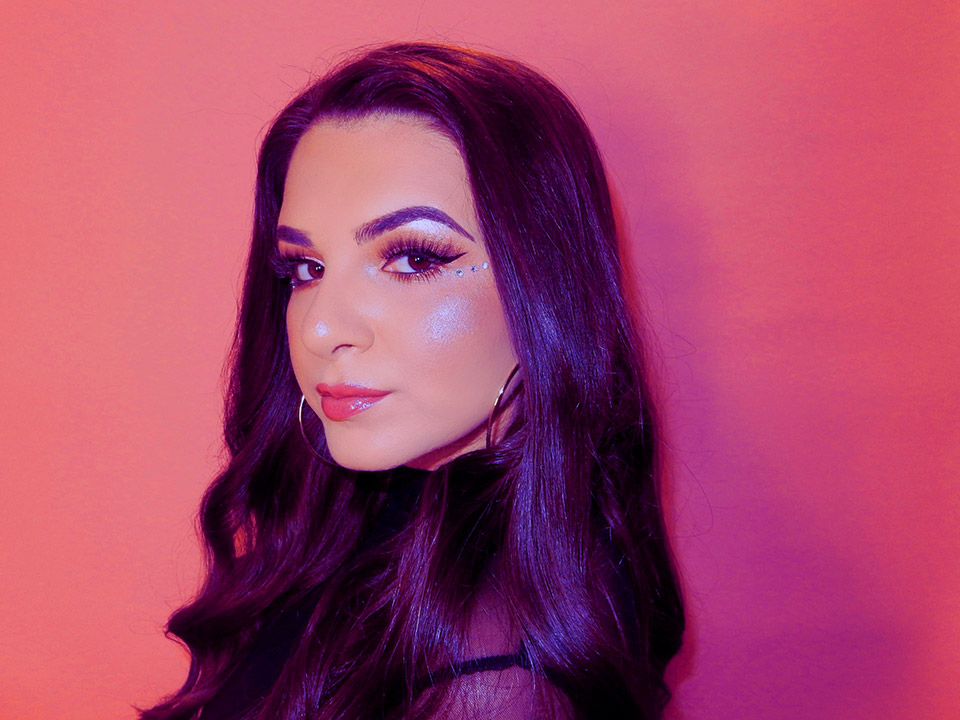 The Connecticut based artist made the decision to turn this hobby into a career at only 14 years old, when she took her first vocal lesson and developed a passion for songwriting and performing. Confining her emotions into her music as a personal diary, this bedroom pop artist took her songs to the stage. Lexi’s music is an instant indicator of her personality, sharing distinctive lyrics that take you on a journey through her struggles of past losses and how she has learned to cope.

Her highly anticipated third single ‘SOURPATCH’ was the singer’s first release of 2020. The track follows on from Lexi’s previous singles ‘Strange’ (released April 2019) and ‘Oh Boy’ (released October 2019). The artist has managed to gain an engaged and consistently growing fan base from her catchy melodies and self-empowering lyrics. This led her to achieve over 1,000 Spotify streams on ‘SOURPATCH’ on its release day and over 10k streams in its first month. The pop artist now has over 15,000 combined streams and a following of over 25,000 across all social platforms, with these numbers continuing to grow every day.

Musically influenced by artists such as Cher Lloyd and Taylor Swift, her sound is described as vivacious, glamorous, and energetic.

Hi Lexi, please tell us a little about you?

Hey thank you so much for having me! I’m a 21-year-old pop singer-songwriter from Connecticut. I’ve been writing my own songs since I was around 14 and I finally released my debut single just last year! I recently released my third single “SOURPATCH” which actually had to be finished from home due to the pandemic, but that’s not stopping me from continuing to record music!

I decided to pursue music instead of going to college. I’m honestly really happy that I made that decision. I started professionally recording my original music about 3-4 years ago and I’ve been working hard ever since then just writing and recording as much as I can and working with as many people as possible. I’m not signed to a major label and there are a lot of aspects of being a musician that are more difficult because of that, but I’m happy as long as I’m working as hard as I can to make music that I love and that others can love as well.

I’m very influenced by Cher Lloyd’s sound and Taylor Swift’s writing style. They’re both incredible artists and have been great role models for me as I’ve grown up. I’ve always loved what they do so much that it made me want to do the same. Back when I first started writing songs that I wanted to record, I was also really influenced by Meghan Trainor. I actually taught myself to play the ukulele because of her.

Do you play any other instruments?

I do! I taught myself to play the guitar, ukulele, bass and drums. My grandma also taught me the basics of piano when I was young and then I decided to teach myself the rest of it. I’d say I’m better at piano, ukulele and guitar than the other instruments, but I like to at least know the basics!

Tell us about your new single “SOURPATCH”

I released “SOURPATCH” back in June. Purposely right at the beginning of summer because it has a summertime vibe and I wanted it to be a song that people could just chill out to for the season. I wanted to leave “SOURPATCH” open for interpretation, but for me it’s about recognizing the different sides of your personality and understanding that you don’t have to live your life the way others might want you to. It’s normal to have good and bad days. It’s normal to be a little selfish sometimes.

In a way, I love every part of what I do. I feel like artists are so lucky these days to have the ability to share their music so easily through online platforms. I just recently hit 4K monthly listeners on Spotify for the first time and that kind of blows my mind. It’s amazing to me that my music has reached that many people. It makes me so incredibly happy. I guess I’d say one of the “least fun” parts of it is the negativity from others in this industry. I’ve met some people who have huge egos and hate seeing others succeed. That’s just something I ignore. I keep myself surrounded with supportive people and positive energy. 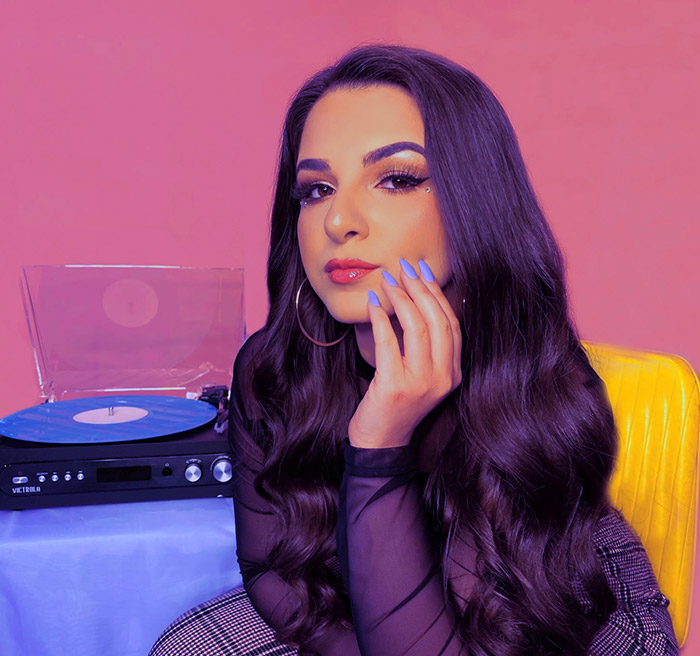 Besides music of course…

My cat
My closest family and friends
Dunkin’
Makeup (not because I feel like I need it, but because I love it!)
A camera

I’m currently wrapping up recording vocals for my next single that I’m beyond excited for. The rest of 2020 is going to be dedicated to finishing my EP that I can’t wait to finally release in 2021! I’d love to start planning a tour for next year as well, but of course that all depends on what kind of shape the world is in. I’m hoping for the best!

Right now it’s cardigan by Taylor Swift. It’s a lyrical masterpiece and there’s never a time where I’m not feeling something while listening to it.

I’m obsessed with makeup! It’s so much fun for me, there’s rarely a day where I don’t do it. I see it as another way to express myself. It’s art!

I have a great memory. I find myself remembering the most strange little details and super specific things. People notice that about me all the time. It freaks out my friends sometimes haha

I’m Italian so I’m used to spending Sundays surrounded by food and my family. My grandparents have been coming over for dinner most Sundays since I was baby. I look forward to it, I’m really close with them. Early in the day, I’ll usually just hang out by the pool or work out. Sunday is almost always a chill day for me.

Want U Back by Cher Lloyd!

For me personally, happiness is when I’m around someone who I’m truly comfortable with. Someone who I can be my complete self around, laugh with and say anything that’s on my mind without worrying what they’ll think of it. I feel like you know you’re happy when you’re in a moment and you think to yourself “I really don’t want this to end.”

I love grilled seafood, like shrimp and scallops. Watermelon is also one of my favorites.

My mom’s lemon blueberry cake is my weakness. And margaritas. I love margaritas!

Talking over me and making it known that you’re not listening to what I’m saying. That’s just disrespectful.

Cher Lloyd or Taylor Swift. It’s so difficult to choose just one because they’ve both influenced me as an artist in so many positive ways. I would love to be able to sit and talk with them for a while and thank them for everything they’ve done for me over the years.

I’ll definitely have released a lot more music by then, hopefully a couple of albums or EPs. I’d love to be working with a major label by then. That’s a huge goal of mine.

I’m so grateful for social media. I feel very lucky to have quite a large following on multiple platforms because that’s giving me the opportunity to share my music with all of those people. I’m not saying that it’s easy to be successful just because we have access to these platforms, but I think it’s easier now than ever to be a successful artist because of all of the opportunities that social media gives us. Some platforms can be toxic for sure, but it all depends on how you use them and the people that you choose to interact with.

@leximariahmusic on all social platforms!

Favorite Quote: “Work until you no longer have to introduce yourself.” – Meghan Trainor

Favorite Travel Destination: Los Angeles is my favorite place I’ve visited so far. I’ve visited twice and had some of the best times of my life there. Once it’s safe to travel again, I really want to visit Italy and England.