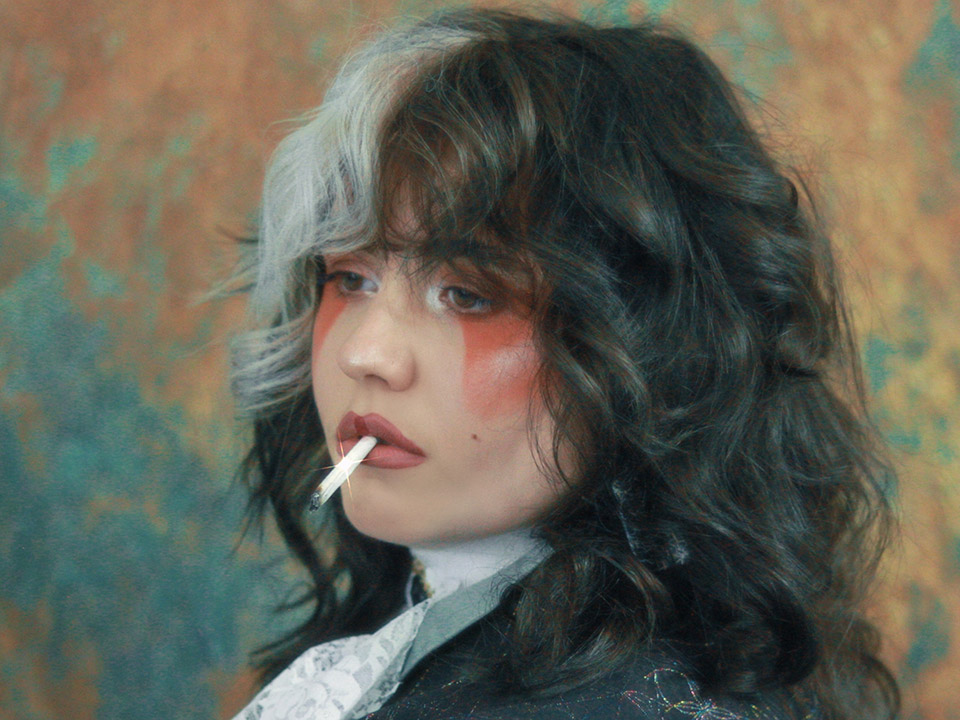 Check out our interview with talented London based artist Katie Wood.

Following the successful release of “Steve”, Wood is unveiling “Uh huh Yeah”. The self-produced track narrates the singer’s struggle with agoraphobia and the powerless feeling it entails. Wood confides, “I couldn’t face leaving my flat, let alone go to work or see my friends and I just felt so powerless. So the song is about that feeling and in many ways accepting it as a way to move on through it, I do believe that you have to face your fears to overcome them.”

“Uh huh Yeah” depicts everything that comes with agoraphobia – the frustration, anger and resentment, but also hope and self-acceptance. Detailing the journey of finding light at the end of the tunnel, Wood has crafted a poignant song of sincerity and self-discovery. “Uh huh Yeah” features muted tones, 80’s drums and emotional, raspy vocals reminiscent of Haim meets Kate Bush. Drenched in ethereal backing vocals, Wood has established a distinct sound and strong identity that is entirely her own.

Wood’s music is immersed in emotion, using writing as a form of escapism and expression. The musician shares, “All of my music has a kind of sarcastic charm to it, even though I mainly write about my own life experiences I don’t actually take myself ALL that seriously and it’s part of who I am – to use humour alongside somewhat depressing and solemn subjects.” 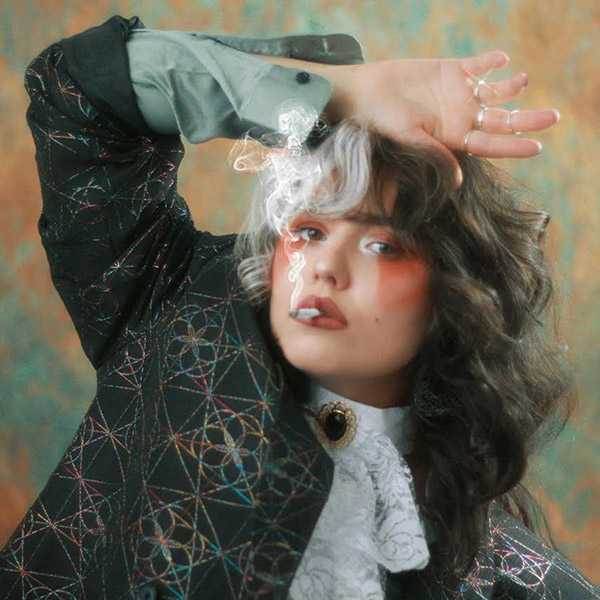 Hi Katie, please tell us a little about you?

I’m a singer/songwriter, currently living in London. I just released my second single called ‘Uh Huh Yeah” which i’m pretty excited about. And I’m not really sure what else to say haha, If you’re into star signs, I’m a capricorn.

I feel like this is a common answer but my dad. He’s always treated me with so much kindness and genuinity and I noticed that from a young age, he didn’t talk to me like I couldn’t understand. We just have this mutual unconditional love and respect. Really all I want to do in life is make him proud.

I just love songwriting and everything about music. I started playing guitar from a really young age but didn’t write what i’d consider to be a song until I was in my teens. I then went on to study music, originally just wanting to write for other people, I was self conscious about my voice and the way I presented. Eventually I realised that just because I’m scared of doing something, it shouldn’t stop me from doing it.

Yes, I attended ICMP in London, it’s why I moved here.

I love a lot of older music… David Bowie, Kate Bush, T rex, The Cure, because that’s what I grew up listening to or found throughout my adolescence, but I’m really influenced by a lot of different music. I also really love listening to Jazz, it relaxes me haha. I think music is the only thing that ever makes me feel fulfilled in some way, it’s a form of escapism and when I’m writing I forget about everything else.

All the time, I don’t know if I come across that way but I would say I’m about 99% nerves.

Honestly, to just keep releasing music and progress in that way. I would really love to tour, and support someone cool. I just want to keep going!

Now tell us about your new single “Uh huh Yeah?”

I’m really proud of this song, I was quite nervous about being so open and vulnerable lyrically but I feel good about it now. It’s one of the first songs that I produced and wrote at the same time rather than writing first on the guitar, and in many ways that’s why I think it has a convivial sound. I’ve only really taught myself to produce in the last year so I’m experimenting while writing, it’s been an interesting process. The songs about my journey with agoraphobia, how frustrating it feels but eventually learning to accept that this is just something i’m dealing with right now and I can learn from this.

Do you have a tour coming up or where we can see you performing? (after Covid-19)

Good question! I will most definitely be performing as soon as I can, but I won’t say too much yet. I look forward to doing live shows, the thought of it makes me feel exhilarated but want to puke at the same time! Haha 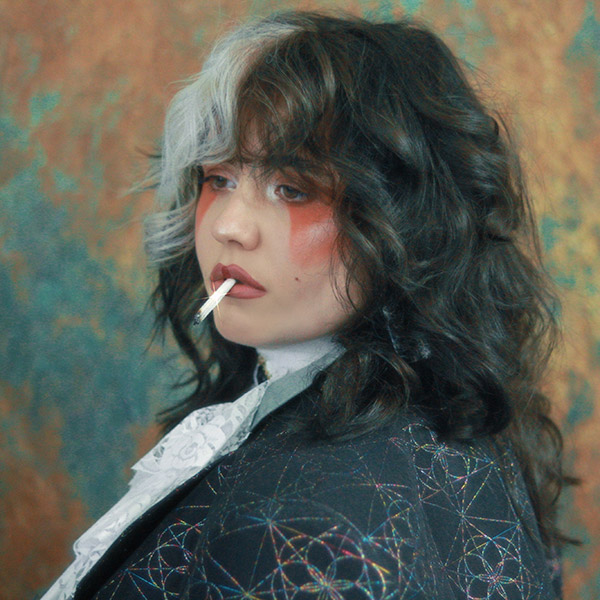 Expect more, and expect me to exceed your expectations.

“A little respect” by Erasure, what a great song. Or I could go for something from the film ‘Music and Lyrics’, “pop goes my heart” love a bit of Hugh Grant.

I am pretty determined, I gain great satisfaction from doing things the hard way and I don’t tend to give up on anything.

I would say dancing but my sister would kill me, she’s a dance teacher and there’s just no comparison haha! But there’s nothing better than just letting the music guide you after a pint or 2, you just begin to forget anyone else is there. I also used to like acting, but I lacked confidence… not sure if i’d be any good now but I would like to try.

Well… right now I wake up pretty early. I practice a form of buddhism called Nichiren buddhism, so I chant every morning and night, that keeps me going. I spend a lot of time in my room, making music, watching films and dancing about. I’d love to tell you something really exciting about my daily life but when I’m not working I really just enjoy my own company.

Food. Films. Maybe some art? Painting or drawing, and if I lived near the countryside a long walk.

I kind of have a new love of turning everything into soup. I think i’ve really nailed my recipe so I just keep making soup all the time. I guess that’s healthy…a load of vegetables.

I’m not really big into dieting so I don’t have a “cheat food” per say. However all my friends would tell you that I have an addiction to pot noodles specifically the bombay bad boy flavour and coca cola haha. So I’ve had to limit myself to 1 of each a week, probably the best salt and sugar combo I can think of.

Oh god, hard question. I don’t like it when people put others down. I guess if someone had very conflicting morals to my own that would be a no go for me. Also if a person told me they loved me on the first date, I’d run a mile.

Bowie, I don’t think I could say anyone else and mean it. I would just want to express my gratitude for his art. Ask him how he did what he did.

I would like to say in the prime of my career, continuing to make music. Helping people through music, and I would like to get a cat or dog, maybe both.

Probably androgynous, shoulder pads, layers, frills. I went through a phase of feeling so powerless, so I wear stuff that ignites the strength I didn’t know I had. I also just like to feel comfortable. I love fashion, clothes are an amazing way to express yourself and your art and be whatever you are.

Quote: “I always had a repulsive need to be something more than human. I felt very puny as a human. I thought, ‘Fuck that. I want to be a superhuman.” – Bowie

Song: Right now Im feeling “Something to believe” by Weyesblood

Food: Anything plant based and spicy.

Sports Team: I don’t know anything about sports.