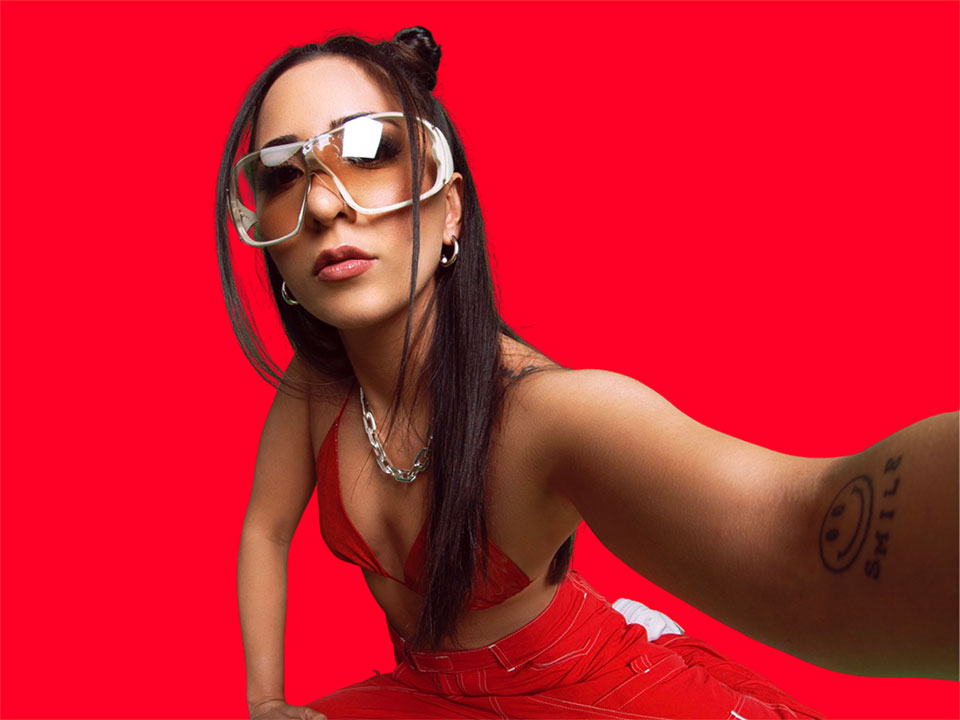 Check out our interview with talented artist LESS KILLJOY who just released her new track “My Parade.”

“My Parade” is an energetic alt-pop track featuring quirky guitars and fuzzy 808 bass and drums that will rattle everything every part of your car loose. “My Parade” is the second offering from her forthcoming debut EP titled Pink Grenade. LESS KILLJOY has a sound all her own calling it “alt-hop, lo-fi, shoegaze indie punk. Who needs a genre right?” Inspired by a search for happiness for herself and everyone around her, “My Parade” shines with a bratty and boisterous vocal energy, dreamy synthesizers, lo fi guitar loops and in your face drums. “Maybe one day Kenny Beats will hear my shit”. That said, you can expect an overload of honesty from LESS KILLJOY.

Hi LESS, please tell us a little about you?

Hey, that’s a tough question for me because, to be honest, I’m still figuring myself out. I don’t have a solid answer for you.

I grew up playing in bands, on my own, in venues, in coffee shops. Basically anywhere they’d have me. I used to do it for fun, I just wanted to perform and sing songs that made me feel something… and then somehow it just naturally evolved into me writing my own songs.

I think If I hadn’t found music, I’d be a completely different person today. It’s given me a unique perspective on life and how I interact with people. It allows me to see the world through a more empathetic lens. I’m more understanding, more compassionate and the reason why I love this world is because it helps me feel connected to myself in a way that I don’t think would be possible without music.

There are many artists that I’m influenced by, but the main two are Paramore and No doubt – for sure. I remember the first time I saw paramore live, my jaw was on the floor. I realized in that moment that I wanted to be on stage jumping around and singing. Same kind of experience happened when I saw no doubt (at their reunion tour, which is funny cause paramore was opening for them on that tour) I only saw the one show but it was enough. It solidified it for me. Gwen and Hayley are both so bad ass.

I play a few but I prefer to just sing. I hate being tied down to an instrument on stage. I like to jump around, so any instrument in that situation just gets in my way!

I’m always nervous, let’s be real. Anxiety is a very real thing for me that I’m constantly working on improving. It’s tough, but it is what it is.

Tell us about your new single “My Parade?”

I think this song on first listen, sounds pretty bratty and angsty, which it definitely is, but it comes from a place of hurt. When I wrote this song, I felt angry because (as usual) I felt misunderstood and unseen. 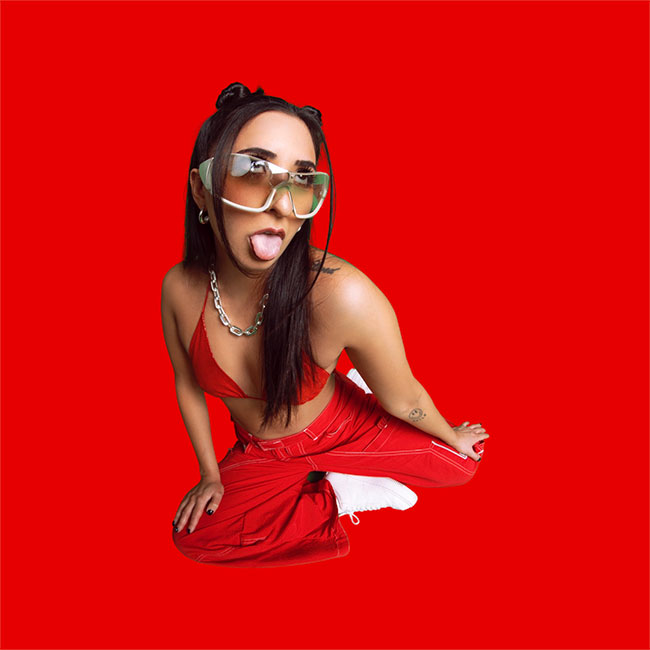 Before I was LESS KILLJOY, I was in a band- I was in this band for a long time before we ever released music, so this was years in the making. I worked my ass off for a long time in this band and I was excited when we finally were able to release music. Cool things were happening(at least from my POV). Eventually we released our fourth single, a single that I was very proud of- it ended up making it on Top 40 Radio! which for me, was a huge deal! I’d always dreamt of a song I wrote being on the radio, and it happened! Anyway, I went to my local bar and on that particular day, I was feeling pretty good about my life and myself- I mean, I just learned my song went top 40! Low and behold, some guy at the bar starts asking me what I do for a living. I tell him I’m an artist and a songwriter and “I actually just got one of my songs on the radio!” Well, he wasn’t very impressed, understanding or supportive. At every turn and every chance he got, he made me feel like what I was doing was a joke, that it’ll never amount to anything. OH and then at the end he made a ruthless joke lol saying “maybe you should be a dog groomer, that’s a good career” implying that, to him, doing anything other than what I’m doing is more deserving of respect. It goes without saying that after that convo I was pissed! lol – I ended up going to the studio the next day and turning it into “My Parade”.

For me, it’s the people I otherwise wouldn’t be able to reach or talk to. Anytime someone who’s come across my music reaches out to me, it makes all the tough days worth it.

How to win friends and influence people- which reminds me, I should read it again. It’s been a while!

I’d say having healthy boundaries. I used to just let everyone have a piece of me, even when I wasn’t giving to myself. I don’t do that anymore.

People are going to try and change you at every turn in your life, making you believe that who you are; your beautiful, unique self, that it needs to change in order to fit in. Don’t listen to them. Who you are is perfect, the way you are.

The reason I’d tell my younger self all of this is because, it’s all true, and I’m still trying to unwind the coils of the after effects of all of it. Trying to unlearn all the bullshit other people have put into my head and becoming my true authentic self again.

From my best friend: “You’re a dreamer which is admirable. You aren’t afraid to stand up for yourself, even if people don’t like it. You’re strong, determined, yet fragile and anxious. But your weaknesses become your strength when you put your mind to something…especially on stage. You’re loyal and will stand up for what’s right.”

The Chronicles Of The Sad Lesbian.

What’s next for LESS KILLJOY in the last months of 2022?

I may or may not be releasing my EP 😉

Edgy, Casual, Cool – To be completely honest, I’m still figuring out my style. I love fashion, and I feel like I’m constantly trying to express myself through my clothes. Stay tuned!

Being content, and at peace, wherever I am in my life.

Kurt Cobain- I’d just want to have a heart to heart with him. For some reason, I feel like I’d understand him.

I have many dream holidays, but one is traveling through Europe by train. Stopping to take photos of the scenery, either with my mom, a best friend or a partner!

I have two pieces of advice: one from my mom “whatever you wear, if you wear it with confidence, no one can say anything. You gotta wear your clothes, don’t let your clothes wear you” AND the other is from a close friend: “when someone gives you an opinion, look at where that opinion is coming from before you decide to listen to it”

I’ve given to many charities over the years but I am still looking for one that I can be more involved in. There are so many causes that I want to

There are way too many to list- Follow my spotify profile, I make playlists with my favorites as they come! Right now, a song I have on repeat is “you’re not good enough” by Blood Orange

I have a love hate relationship with social media. I love that I’m able to connect to so many people through it, but at the same time, it has the potential to drain me. Being on social media too much sometimes really affects my mental health. I think it’s about balance! I’m still working on that!