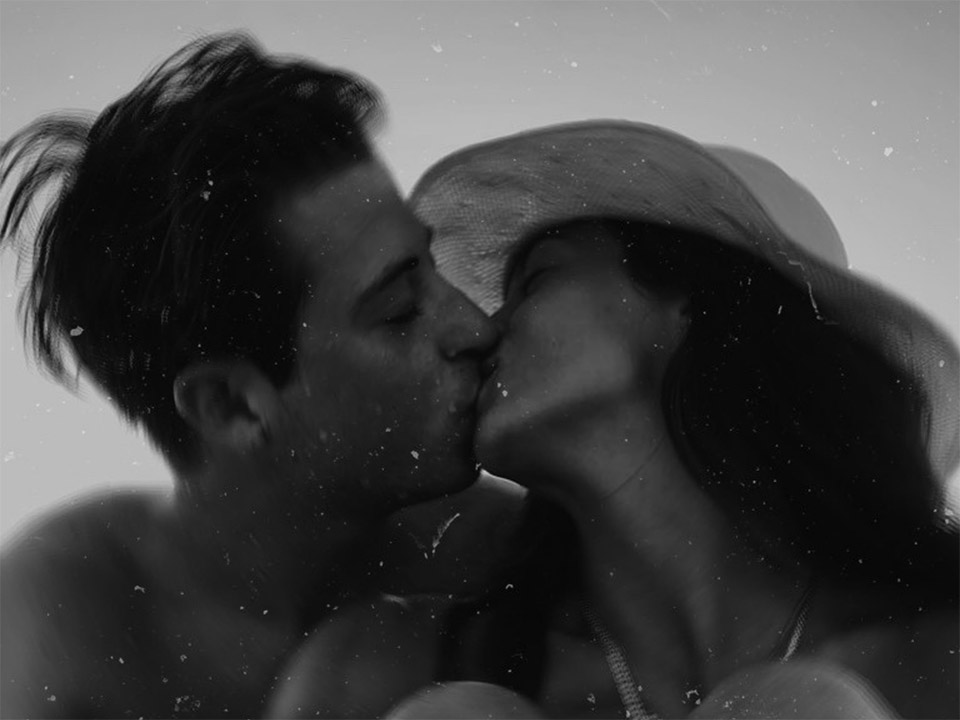 Check out our interview with talented Toronto and LA artists MKSTN and tiger lily who recently released their latest single, a nostalgic chill electronica pop track entitled “like we’re an indie movie.” As the artists put it, “We connected over the internet. We thought it’d be cool to capture tumblr and internet culture into our take on a modern indie movie soundtrack.

MKSTN and tiger lily are hidden gems in the Toronto and Los Angeles music scenes, respectively. In the past year, both released tracks that caught the attention of accredited blogs like SPIN Magazine, Stereofox, and EARMILK, as well as Spotify’s editorial team who placed them on major playlists like Fresh Finds, Indie Pop and Make Out. MKSTN’s music was circulated in sets by artists ranging from Martin Garrix to Washed Out while tiger lily raised thousands for charities that support POC and LGBTQ+ lives through throwing benefit concerts.

Hi MKSTN, please tell us a little about you?

tiger lily: Hey there! I’m tiger lily and I’m a indie pop artist based in Los Angeles originally from Seattle. I love all kinds of Asian food and music that makes you cry.

MKSTN: I had a career as a professional dancer and had a leg injury during a show. I initially saved up to travel to LA to audition for gigs but I ended up using that money towards some audio equipment and that decision changed my life. I started DJing and making music, then enrolled in a audio production program and got introduced to the world of sound design as well.

tiger lily: I started out playing in an all-girl grunge band when I was in middle school and then I started making pop music in college and people seemed to really love that so I kept releasing music under my solo project “tiger lily” which, surprise, is also my real name!

MKSTN: I have a ton of influences but an artist I always come back to is Beach House. Music has always been a way for me to express a feeling, to understand, or to let go of something. It’s about being and feeling the state of flow. There have been so many songs that have changed my life and I want to do that for someone else too.

tiger lily: I grew up on rockstars like David Bowie, Joan Jett, Elton John, Prince, the classics. I’ve always been inspired by them because they embodied this fearlessness and tragic glamour I found so beautiful. I started out as a poet and then realized songwriting is just like poetry set to music, so I got into that. 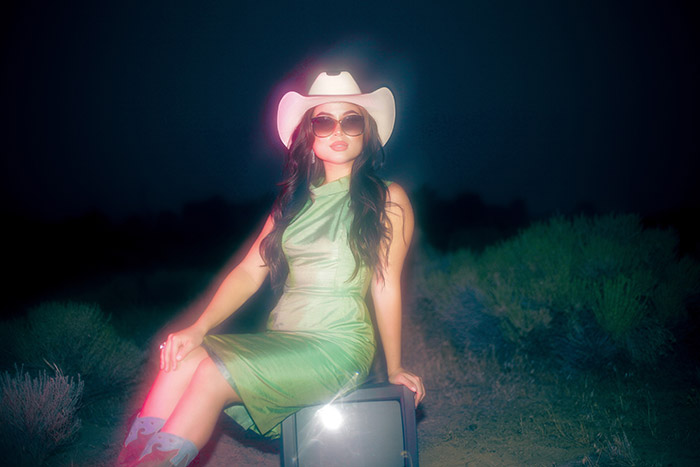 MKSTN: I tickle the ivories and play guitar 🙂

tiger lily: Guitar, bass, piano, I think that’s all! My Mom put me in banjo lessons but that didn’t stick.

MKSTN: This question makes me nervous haha! Yeah I do. Don’t we all? It’d be weird to not get nervous.

tiger lily: All the time.

Tell us about your new single “like we’re in an indie movie?”

MKSTN: For me, the song is about reminiscence. The stories whether real or fake, we replay in our heads. The production is filled with nostalgic ear candy that paints what a memory or dream would sound like to me. Field recordings, lofi riffs, and lots of noise from running instruments through old electronics.

tiger lily: When MKSTN originally sent me different beats he was working on, I was immediately drawn to the title of this one called ‘We walked in Paris.’ It reminded me of a spontaneous train ride I’d taken to Paris one spring break to chase down a summer love I met when living in Medellin, Colombia. The hook “kiss me in the rain” was inspired by the guy and my first kiss which was during a tropical rainstorm after we left a dance club and discovered it was pouring outside. Our transatlantic love story always felt like something from an indie movie to me, hence the song title. I really wanted to capture sonically the nostalgia of the faded polaroids, letters, and memories that inspired the lyrics, and I think MKSTN and I did that beautifully together.

MKSTN: Tiger lily and I met randomly over Instagram. She tagged one of my songs in her stories and from there we connected and thought it’d be a cool idea to collaborate. When I sent some demos to her and she said she was into this track, I knew it would be something special even before she sent anything back to me. I knew there was something special about the instrumental but it needed the right person to bring it to life, and that was tiger lily 🙂

tiger lily: I think MKSTN nailed that. I am the Queen of befriending people over Instagram haha. If anyone is looking to get in touch with me, definitely shoot me a DM. 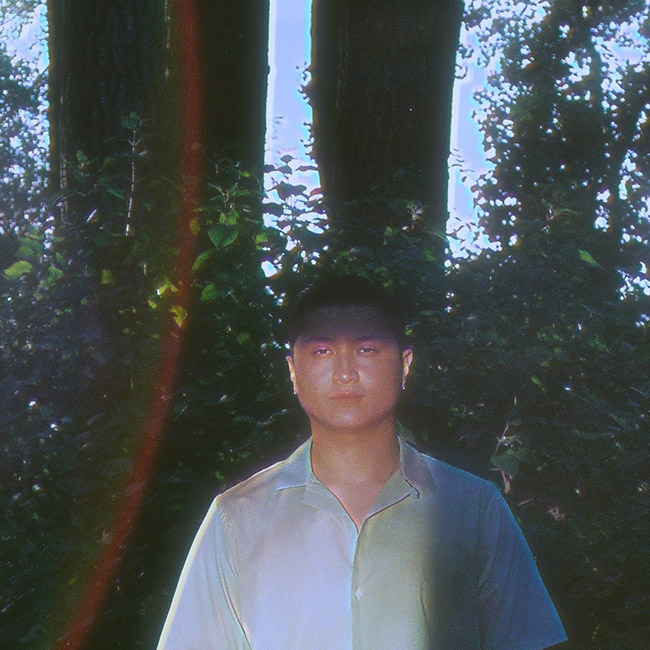 How was working with tiger lily on this song?

MKSTN: Amazing. She’s super talented and on it. I think we made a great song but most importantly we made a great friendship. Hopefully we’ll be able to work more in the future.

tiger lily: I would totally agree, the song is incredible and I hope we get to work more in the future. I was telling MKSTN I am so glad we did this song together because the song is amazing but he is also the absolute coolest person! Like I’m so excited I found him as a friend through doing this song.

MKSTN: When I feel like I’ve created something new and the piece in front of me translates what I was feeling or thinking. Also when people genuinely like the track and I become a part of a soundtrack to whatever it is in their life.

tiger lily: When people genuinely are fans of my music, that’s the biggest complement. One genuine message from someone who is a fan of my music makes it all worth it.

MKSTN: There’s value in everything you do.

MKSTN: This will be my last release of 2021, but 2022 has a ton of new music. New singles, an EP, a new album with my band Flostate, and a album with another moniker.

tiger lily: I got some crazy new music coming out, way different than what I did before. First single in Spanish is dropping in 2021, pretty excited for that.

MKSTN: Eggs. I literally live off of eggs lmao.

tiger lily: Yes, I love Thai food… like any Asian food honestly. My friends will be like, “What do you want for dinner?” and I’ll be like, “I’m super flexible, we can get Thai food, Korean food, Vietnamese food, Chinese food. Like any food as long as it’s Asian food, haha.”

MKSTN: Surrounded by genuine love from friends and family.

tiger lily: Surrounded by Asian food. Haha, well, I think there’s two kinds of happiness: there’s the happiness you get from immediate gratification like eating Phad Thai, and there’s the happiness you get from working hard on the things that matter to you, like music. So for me, happiness is a blend of remembering to do the things that bring immediate gratification, while not forgetting to work hard on what really matters to me.

MKSTN: Be in the present moment. Always choose love.

tiger lily: You can do it all but not at once.

MKSTN: Myth by Beach House. If there was one song I could listen to before I died it would be that haha! The melodies, lyrics, textures, and most importantly the feeling is perfect in my eyes (and ears).

tiger lily: I love Space Song by Beach House! I saw them live in Seattle by the waterfront, it was so cool. Right now though my favorite song is Apocalypse by Cigarettes After Sex. People always say nobody listens to lyrics, but I do and the lyrics to that song are fire.

MKSTN: This is a loaded question! But to not make this 100 pages long, I think we all know deep down what we all think of social media and you’ve heard all the positive and negative points before. My personal opinion is I like it for connecting with people, like I did with tiger lily for this release, and finding inspiration. What I don’t like about it is the deceitfulness, addiction, and it being the main blanket of how we are functioning in society. I think wherever we advance to in the future, it’s important to remember what makes us human biologically and psychologically at the end of the day.

tiger lily: TikTok stresses me out because I’m remarkably bad at lip syncing and dancing. That being said, I love the other platforms as far as them being a means to connect with fans around the world. I think it’s so cool you can be connected with so many people you’d never otherwise be able to keep in touch with.

MKSTN: Power of Now, Sapiens, Free Play, Dropping Ashes On The Buddha
tiger lily: I love Spanish poetry books, I keep them on my bedside table.

MKSTN: The Office, Rick & Morty
tiger lily: The Office, plus any baking show on Netflix, especially when I’m hungry. Travel

MKSTN: France, Hawaii, Montreal
tiger lily: Buenos Aires is next on my list!