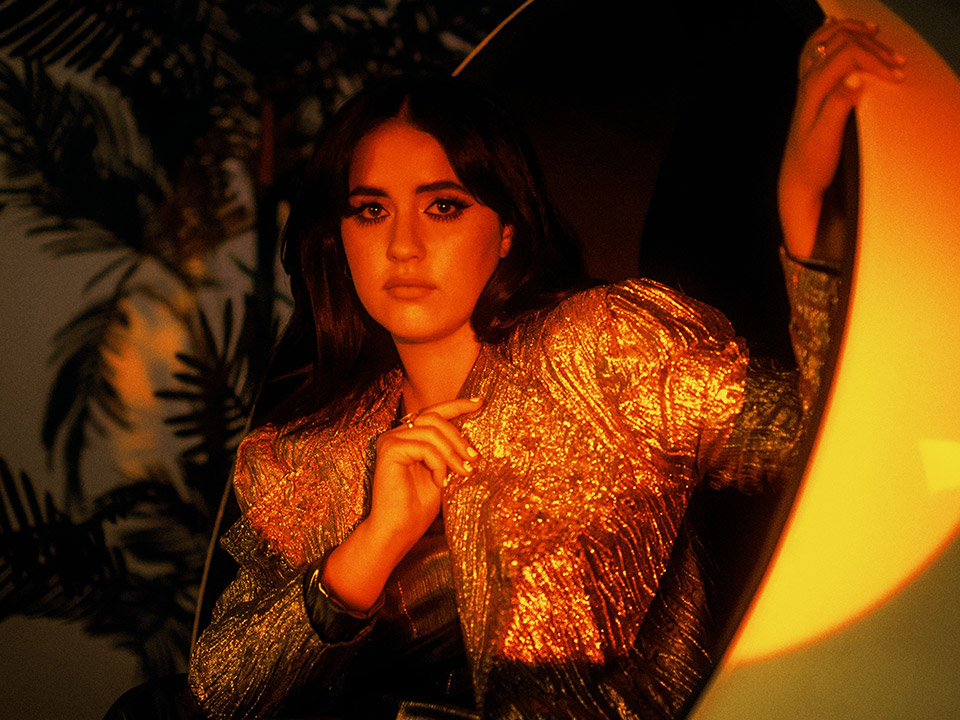 Check out our interview with talented Australian singer-songwriter Tia Gostelow.

Tia Gostelow’s second album sees the rising superstar slide from her guitar based indie/folk influences of Thick Skin into a lush pop landscape with Oscar Dawson (Holy Holy, Alex Lahey) at the production helm. Third single “Always” brings the second half of Holy Holy into the mix, with Tim Carroll sharing vocal duties on the song, complimenting Oscar’s bass and production.

“I am so excited about ‘Always’ being released. I feel like it’s the song that sums up the whole vibe of the album and I’m so stoked to have Holy Holy featuring on it. It was really cool to be able to work with Oscar and Tim on it and I love that you can hear elements of their distinct sound throughout the song, eg. Oscars lil guitar solo at the end.” – Tia Gostelow.

Tia Gostelow’s “Strangers” has cracked over 10 Million streams on Spotify just a few months after the single was certified Gold. The song featured on Tia’s debut album Thick Skin which picked up a Queensland Music Award for Album Of The Year.

I started out playing in country music talent quests when I was 10 years old and continued doing them until I was about 15. I’ve also been playing in pubs since I was about 12 years old and that was my job all throughout high school until I was 17. Both of those experiences really made me persistent and gave me the live experience to make this a career. When I was 16 I released my first single ‘State of Art’ that then landed me in the finals for the triple j Unearthed competition which is a huge thing in Australia. I feel like that’s when my name and music started getting momentum here and we’ve just tried building on it ever since.

Taylor Swift was the whole reason I wanted to start playing music, I saw her live when I was about 7 and I fell so in love with everything about her. Melody Pool was also a massive influence on me and my songwriting, I listened to her record ‘The Hurting Scene’ and I think that’s what pushed me to start writing my own songs and lyrics.

Guitar is my main instrument but I’ve taught myself to play a few others really basic like piano, bass, ukulele and even banjo for a bit.

Surely do! I get pretty nervous before most performances and even when I’m doing radio interviews or photoshoots.

Tell us about your new single “Always?”

I am so excited about Always being released. I feel like it’s the song that sums up the whole vibe of the album and I’m so stoked to have Holy Holy featuring on it. It was really cool to be able to work with Oscar and Tim on it and I love that you can hear elements of their distinct sound throughout the song, eg. Oscars lil guitar solo at the end.

It was super nice to be able to work so closely with Oz and Tim to make it a really collaborative song that showcases both of our projects in a new way that people may not have been expecting.

This song actually has a really cool story behind it and how it came to be what it is. I’ve been a big fan of The Money War for a really long time and had the chance to finally see them play at Bigsound last year, and they absolutely killed it. I feel like there is something really magical about their music and lyrics and I really fell in love with them.

I ended up getting an email from Dylan from The Money War after seeing them live saying he has some songs that he thinks would really suit me and my sound and he wanted to know if I wanted to use any of them. I sat on them for a little while because i wasn’t sure how I felt about releasing a song that I hadn’t written myself or had been apart of in the writing process, but I just couldn’t get Always out of my head. It was so catchy and beautiful and I felt like it really had the potential for me to be able to evolve my new sound.

When the demo came through it was really angelic and full of pianos and pretty synth sounds. We wanted to keep those elements in there, especially the little riff throughout the chorus, but I really wanted to have a big 80’s synth-pop, big drums kind of sound that everybody wants to dance too. To me we got there in the end and it’s a song I’ve been itching to play live. It kind of reminds me of an 80’s prom in a rom-com movie.

I really connected with it lyrically straight away, when I first heard it I had the feeling it was about being in love with someone but not physically being able to be with them and also pushing through all of the hard parts in a relationship because you know the good outweighs the bad. It just fit perfectly within the record as I’ve really highlighted my feelings about being away from my loved ones, feeling lonely and I guess just trying to figure out who I am as a 20-year old woman.

How was working with Holy Holy?

It was really cool to be able to work with Oscar and Tim on it and I love that you can hear elements of their distinct sound throughout the song, eg. Oscars lil guitar solo at the end. It was super nice to be able to make it a really collaborative song that showcases both of our projects in a new way that people may not have been expecting. 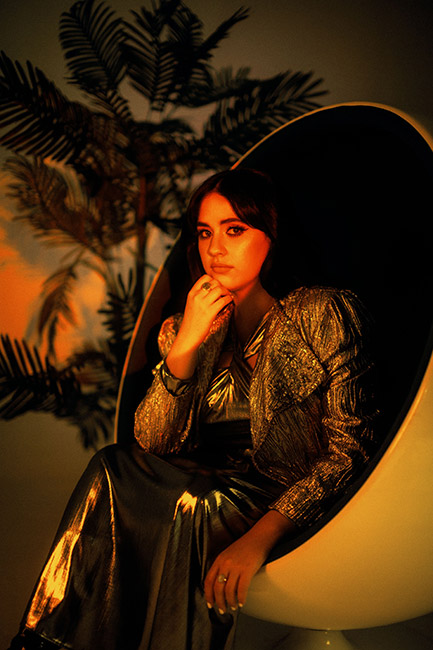 Majority of the time this career is so fun. The live shows, the songwriting process, the travelling, I feel so lucky that this is my job. In saying that though, to enjoy those things I think you really need to look after yourself mentally and physically, all of the late nights and early mornings take a really big toll on you and if you are respecting and looking after your body than it can become a problem. Don’t get me wrong I love to party and have a few beers but I think that you need to pace yourself and pick the right times, not every night of a 3 week tour.

My 2ndalbum will be out before the year ends and I am so, so excited!

At the moment my favourite song is ‘Stuck in A Bubble’ by George Alice. It’s such a fun song and it was actually really refreshing to hear it, I feel like it’s super different and unique but seems like such a simple song. Soooo catchy though.

I’m not really sure if this book will help an entrepreneur… but my most favourite book I’ve ever read is ‘Boy Swallows Universe’ by Trent Dalton. I was so captivated by it and read it in a day.

Probably to cancel my North American tour due to COVID-19. This was the second US tour I’ve had booked in and had to cancel but this time it felt a lot harder because I wasn’t sure if I was making the right decision. In the end I’m so glad my band and I decided to stay home in Australia because who would know what situation we would’ve ended up in if we travelled overseas. I really can’t wait to visit though one the world goes back to normal and it’s safe to travel.

I’ve been really loving going out for walks and exploring the nature around me, it’s really helped my mental health.

I would love to meet Stevie Nicks. Man, the stories she would tell, it would be so wonderful.

To stay true to yourself. Super cliché but a really important expression especially in this industry.

My life has changed pretty drastically since March because of COVID-19. I’ve moved back home with my parents and brother and work a full time job during the weeks, so this is what my week days usually look like.

It’s pretty boring and monotonous but it actually feels good to have a routine, I haven’t had one in a really long time.

Probably my honesty, I cannot lie for the life of me and came to realise very early on in my life that honesty is one of the most important traits in people that I want around me.

My favourite Sundays are drinking beers on the beach with my friends, I love a Sunday sunset.

My choice is ALWAYS ‘Wannabe’by The Spice Girls.

Not at the moment but it’s something I really want to look into, I think I need to do a lot more research to find something I’m really passionate about.

I looooove a good burger.

Probably if they chewed with their mouth open.

Hopefully I’m still touring and writing music, I can’t really see my life any other way!

Um I’m not sure to be honest haha I think it changes depending on where I am but I mainly wear high waisted pants, a turtle neck and my Doc Martens.

I see both the good and the bad in it. We are so lucky to have the means to stay connected to our loved ones so easily and to also help push our businesses and careers in ways that were never thought to be possible. Fortunately I haven’t experienced first hand the bullying and the negatives that come along with social media but I have seen what it has done to other people and especially to people in the music industry. I’ve seen people I know get completely torn apart online over a cover of a song and it makes me so mad and upset. I always make sure I’m kind to people online and offline because you never what people are going through.

Quote: Expect nothing, appreciate everything