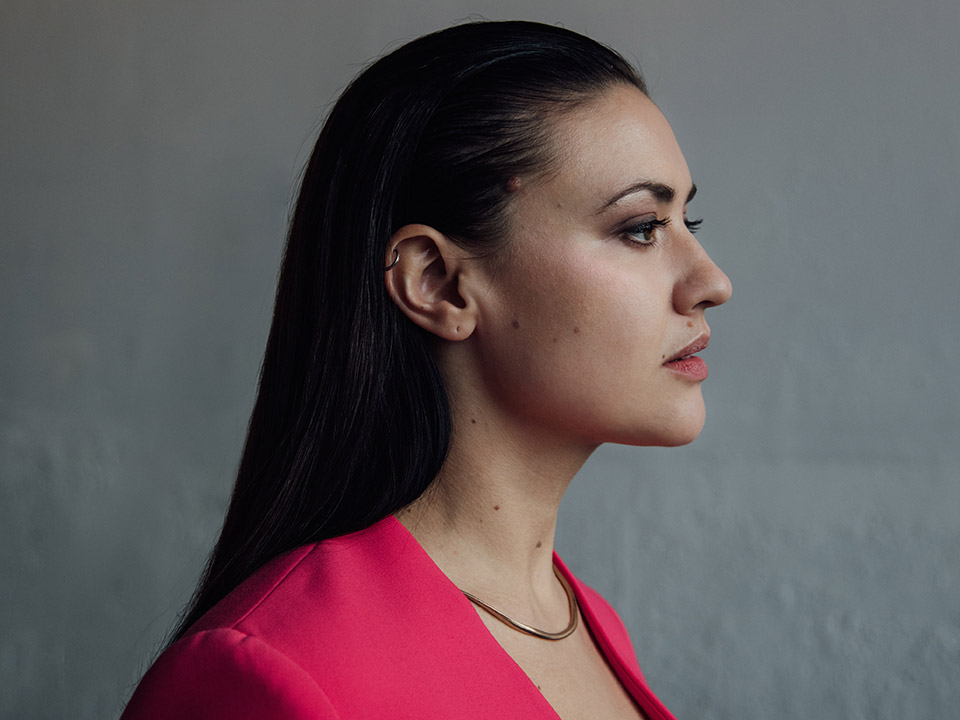 BARBELLE follows the story of a newly famous Toronto based pop-star duo, Veronica Vale and Alice O’Hara, whose meteoric rise to stardom has led to a blitzkrieg on their personal lives.

With over 4 million views to date, season two of BARBELLE serves up the series’ classic flare and humour while rounding out the story with the timely exploration for some of 2018’s most vital topics: The #metoo movement through a queer lens, adversity facing women in music industry, and the nasty effects of an over-curated digital identity on the psyche.

Hi Gwenlyn, please tell us a little about you?

Happy to brag about my editing skills! Give me a script that’s too long, and I’m pretttty good at cutting it down to size.

Coffee, catch up on my news, take over some coffee shop with my creative partner Karen Knox, answer emails, find creative solutions to whatever production canundrum we’re faced with that day, and get to do some writing if we’re lucky. Then home to watch as much TV as possible! I love being up on all the new shows.

Even though they don’t live in Toronto, my parents are an incredible support network for me.

I went to an arts high school in my home town, which gave me my first taste of acting, but really got my start in cheesy reenactment dramas and indie theatre.

I was scouted early in kindergarten to appear in the Grade 6 performance of The Pied Piper. I was a featured rat.

Since I graduated theatre school, I haven’t taken too many classes, but instead opted to work on as many student short films. I also have a coach who helps me out with auditions or breaking down a script once I book a role.

Best part is getting to dress up, all the time. Disappearing into other characters is awesome. The worst part is, you know, the constant rejection. Woohoo!

Staying grounded and not forgetting there’s a wide world out there is important. Travelling when possible and affordable, as well as just plain old not talking about acting when out with friends helps keep things in perspective.

Depends on the role! Researching the part is always important, and breaking down a script so you’re clear on what your character wants when. Rehearsals are scarce in film, so I try and sit down with a scene buddy before shooting anything and practice certain beats and character stylings.

Now tell us about your award-winning short form series “BARBELLE” What can we expect for the new season?

This new season of our very own lesbian Spiceworld, will be hot, featuring new messy music videos, more dancing, reality show magic, and a touch of a musical episode. In all seriousness, this new season has a bit more of a grown-up edge, and handles some heavier topics, like the #metoo movement through a queer lens. With grants affording us a bigger budget for this season, we’ve been able to step up our overall production value, but regardless of budget, our unexpected style is back, baby!

Having gone to classical theatre school, there’s always a part of me that yearns for a part in a period piece. Emma Stone’s character in The Favourite would be a dream role for me!

Honestly, my character Alice in BARBELLE has been one of the most challenging roles for me, having to split time between producing and acting, but it’s also been my favourite.

We’re developing a few new projects this year. Keep your eyes out for Slo Pitch (a short form comedy about a beer league slo pitch team), and we’re dreaming of a feature film in the not so distant future.

Olivia Coleman! I’ve been following her career for ages, and I just love everything she does. And I’m so glad she’s finally getting the MASSIVE recognition she deserves.

I’m a sucker for folk music. But as any good millennial, you can’t tie me down to one genre.

Movie watching, my favorite Indian Roti take out, and turning off my phone.

I worked as a line cook for a few years, so I’m a half decent cook.

Woah big question. Good food, and good friends. In a villa on the Italian Riviera preferably.

I’d love to nerd out about politics with Josh Lyman (fictional character) from The West Wing.

Right now there’s a great roster of TV that I’m into. Broad City, High Maintenance, Barry and Veep are currently my favs, and I always keep an eye out for new Samantha Bee.

Every year my family gives to charity instead of buying presents. This year we supported The Trevor Project.

Quote: “Exit, pursued by a bear” – A Winter’s Tale, by William Shakespeare

Holiday Destination: Nothing like a cabin in the woods.