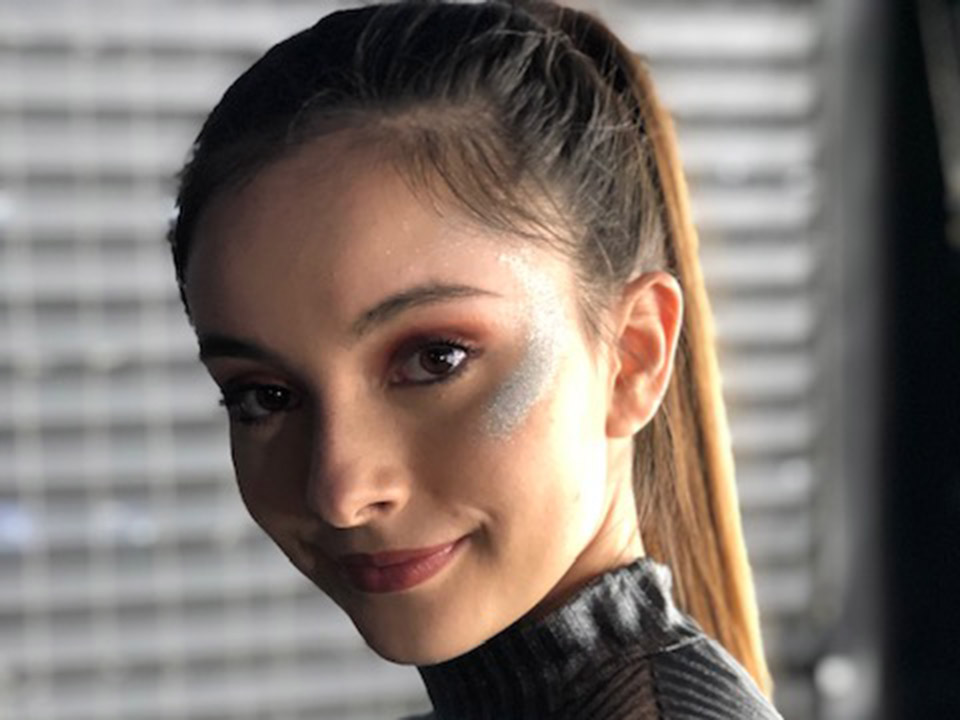 Paris plays “Young Julie” in Between Worlds with Nicolas Cage and Franks Polente, she is “Zooey” with Alicia Silverstone, Rob Corddry and Haley Joe Osment coming to theaters in 2019.

Hi Paris, please tell us a little about you?

I was born in Orlando, Florida. I have one brother and 2 sisters. We moved to LA when I was 7 years old. My favorite color is green.

Seeing young kids work hard and prepare for their future

I came to LA to train in martial arts and my instructor said that I should try acting. I always wanted to act, but never thought I could, but needed the push from Mr. Chat (original blue power ranger)

I have been lucky enough to play many genres. My favorite role is DRAMA. I like to push my emotions to the limits.

Tell us about “Between Worlds,” and your role as Young Julie?

Between Worlds is a psychological thriller- where Franka drowns as a child and in the water comes back to life. She realizes that she can get choked out almost to the brink of death and walk with the “almost dead” and guide them back to the living. Nicolas Cage played a truck driver that lost his family in a fire. He meets up with Franka “Julie” and she shares her powers so that he can see his family again. There is a major surprise at the end…his wife burned the house down to seek his attention off the road, but they died. Nicolas Cage/Joe got to see the truth of what really happened thru Julie’s powers.

I played young Julie, I had to go down 16 feet in water weighted down to be “drown” and then show the powers come in with me. It was really scary down in the water for long periods of time. BUT is was a crazy stunt scene that I will never forget,

How was working with big names like Nicolas Cage and Franka Polente?

At the time of my scenes, Mr. Cage and Ms. Polente were already off site. My location was at Tank One in Signal Hill. I wish I could have met them in person. I did receive a message that I was incredibly brave to have completed that stunt work and performance in the water by both of the actors. That was a MAJOR highlight in my young career!

Never give up and don’t get discouraged. There are so many reasons you have have not gotten the part. You’re too tall, too short, blue eyes, brown eyes, no freckles, you have freckles. Its NOT YOU!!! Its what the client wants! You’re ENOUGH!!!

I have been lucky enough to be in several commercials like Disney’s “Dream Big Princess” Campaign, Nickelodeon “You” Nintendo Switch, State Farm, Target. BuzzFeeds “Black Belt Kid” with 24+ million views. Music videos and a few other movies.

How does a normal day in your life look like?

Get up early to stretch, breakfast, school, train for 3-4 hours, maybe an audition or 2 (hopefully a day, it has happened) study, shower, tv & bed

I would say- when you trained, practiced and went to multiple call backs, run thru’s on set and came in 2nd to a major part in a huge movie franchise. That was so hard to loose that job, but the person who got it, did a awesome job. I was happy to have gotten in a door that never thought would have opened for me.

Stay true to myself – you can’t please everyone.

I love to ride roller coasters!

I have a couple “Never be bullied into Silence.” “Just remember the people that say your dreams are impossible, have already quit theirs!”

Get up early – have an amazing breakfast with my family – either go to the beach or a hike or see a movie.

“Judy Small” and box office movie with Alicia Silverstone, Rob Coddry and Haley Joel Osmet will be coming out. I am so excited, I played Zooey the BFF of Alicia and Rob’s daughter. They were both so very nice, funny and humble. They both taught me a lot and encouraged me to keep going as an actress!!!

A commercial and training in Mo-Cap and wire work. Continue training in Dance, Martial Arts; etc.

I have a birth mark on my right inner calf muscle

Family Outings at the beach or a hike. Memories with lots of smiles

Tomboy with a classy style

And your favorites cheat food?

It’s not too important to me. It’s great to keep in touch with friends and family…but in this industry Social Media is majorly important.

Song: Fake Smile by Ariana Grande and any Song by Billie Eillish

Interview with “Dancing with the Stars” dancer Kameron Couch