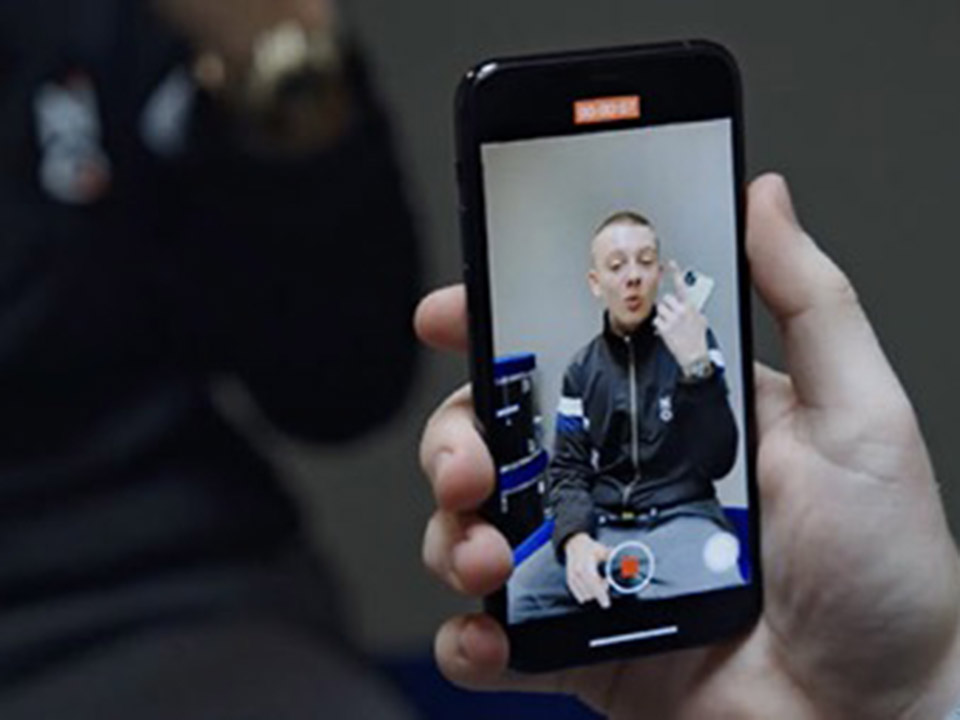 Check out our interview with talented British rapper Aitch.

The 2020 Brits nominee and standout rapper, Aitch, has gone from strength to strength.
He found nationwide success in 2018 thanks to a raw and gritty freestyle video his friend shot on his estate in New Moston, Manchester. And once “Straight Ryhmez” debuted on his YouTube channel, his fame erupted, bringing him into the mainstream. Since then, he has continued to work with big brands, like O2 and its iPhone 11 Pro campaign.

Young and full of vigour, here’s what he has to say about the industry he’s making waves in*. 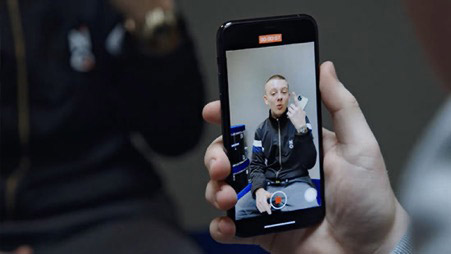 How influential is social media in creating a career in music?

Social media is a big reason for my success. The scene wouldn’t be anywhere near where it’s at without it. Imagine there’s one kid posting freestyles every day. We’re staring at our phone so much, eventually we’ll think, ‘Right, let me check this, it’s been on my timeline for seven days.’ I don’t want to beg people, but you’ve got to put it in people’s eyesight.

I always have my phone in my hand and I only write in my Notes – without my phone I am absolutely done. Sometimes it might take me thirty minutes to write the whole song. Sometimes it might take me 30 minutes to write two bars. If the iPhone wasn’t around I wouldn’t be. My first ever video was filmed on an iPhone. My boy filmed it on the sly and I put it out on YouTube.

Who are your musical influences?

What would you say to your younger self?

Yo, little Aitch, don’t worry, it’s going to be alright!

I was going to say stop reading comments but to be honest it depends on what kind of person you are. Now I don’t read comments, they’re just air to me. I used to read them and I once read someone saying ‘All he does is raps about girls’ and I thought now I need to make a song not about girls now – realistically I’m just thinking about what one person thinks.

So I’d say its super important to not take anything to heart – stay in your own bubble and stay looking forward.

How important are fans to your music-making process?

Fans are the most important people in any artist’s life cycle. It makes it all real to me.
You can’t ever take your fans for granted; if there’s two hundred people standing there waiting to take a picture, you’ve got to stand there and take two hundred pictures because the next day there might only be four people waiting there.

What’s your favourite moment so far in your career?

Live gigs for me are my favourite part, that’s where you stand there and you see thousands of fans singing back your songs to you.

It’s all good, and obviously means a lot, seeing the followers on your Instagram – but when you see the numbers for real it really means something to me.

What advice would you give to others attempting to make it big in music?

This game that we’re in – there are so many methods and ways to make it big. You can take in as much advice as you want, but no matter what someone says, it might not work for you. It might sound mad: but my advice would be… don’t take too much advice. Unless it’s basic: like saving your money. But you don’t need me to tell you that.

What was the gig that changed your life?

Playing the O2 in Manchester was special to me, that meant a lot, but I look ahead and I know there’s more to come. So I think, I’m yet to have it.

Danlil: The New Music Sensation on the Rise

How To Be Successful At Breastfeeding