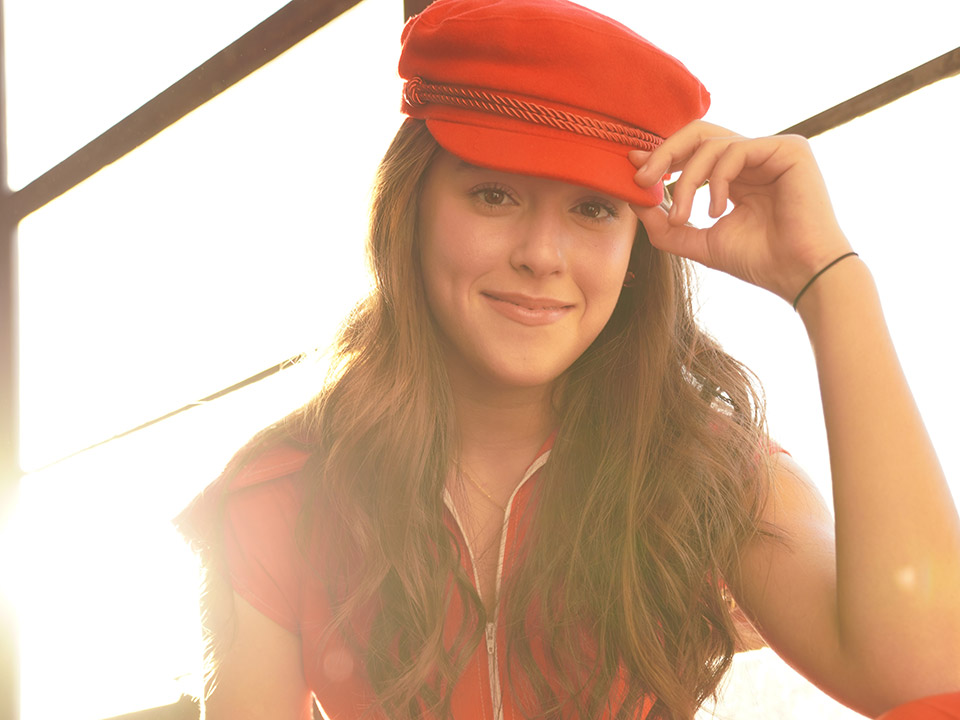 Backed by an electro-pop beat, Isabella Nicole’s soulful melodies are matched by a strong yet subtle voice that is seemingly beyond her years.

The track has already been promoted across Radio Disney, SiriusXM/Venus Radio, Top 40 Radio and was even featured on MTV’s hit reality show ‘Siesta Key.’ Both the single produced by hitmaker Aaron Pearce (Justin Bieber, Fifth Harmony) and music video directed by Damien Sandoval (Pia Mia), capture the vibrant and playful lyrics of “Headphones” which celebrates the beauty of drowning out the world and getting ‘lost in the music.’

With a heart as big as her vocal range, Isabella Nicole often lends her time and voice to charitable causes benefitting mental health aid and research, especially those that help other youths. She recently performed at both AIM For Mental Health’s ‘AIM For Cures’ Fundraiser and JED’s 15th Anniversary Gala ‘Love Is Louder’. She is additionally passionate about taking action towards preventing global warming and preserving the environment.

Born in Leiden, Holland and I speak Dutch 🙂

I have been singing since I was about 4 years old. I have two brothers and one sister. I’m in grade 11 and on the high school soccer team (even though I am not that sporty). Harry Potter enthusiast. My favorite animal is a sloth.

Ron Fair and Anita Camarata – they have supported me through my music and have really made things happen.

My family has been my rock and has been there since day one. I really don’t think I would be where I am today if it weren’t for them.

Lastly, my friends are my everything. They keep me sane and keep my spirits up at all times!

How did you get started in the business? Who influenced you and why did you choose to make music?

I was singing at Ottawa Bluesfest (music festival) and was discovered by someone who introduced me to Anita. From there, one connection to the next, along with amazing people who helped me create amazing music and who helped me get to where I am today.

I have always wanted to be on stage singing and performing but my main influences for making music have been Alicia Keys, Jorjia Smith, Christina Aguilera.

Now, tell us about your debut single “Headphones?”

“Headphones” was the first song I ever co-wrote and it has been quite a ride. It started as something very small, I had no idea it would become what it did and I am honestly really shocked as well as grateful for everyone who has supported it. It started getting people’s attention when it aired on MTV’s Siesta Key, and from there it attracted more and more people. My friends at school have been my number one fans through all of this as well as my parents.

The “Headphones” music video came next and was amazing to shoot, I worked with such amazing people. Doing something like that was so amazing for me because it so unlike anything that I normally do. “Headphones” was also amazing to write, record and sing it for the fans to hear.

How does it feel to have your single promoted across MTV, Radio Disney & Sirius XM?

Honestly, I am shocked. I would have never thought that MY song would be playing on the radio. It feels super surreal and sometimes I don’t even process it completely. I just feel so lucky to have this opportunity and it feels amazing, but also weird to be featured on a radio station alongside other amazing artists.

What inspires you to create new music?

I want to make music that not only I love, but also what other people love. I love to see people enjoying my song and singing along. I want to create music that resonates with people and have them be able to relate to what I am singing about.

What we can expect of Isabella Nicole in 2019?

Other than focusing on “Headphones,” there is some exciting things to come in the future.

Being able to express yourself and love who you are. Doing what makes you happy and what you enjoy and feeling loved by the people around you.

Netflix, ice cream, and my bed.

Pancakes for breakfast, being with friends in the summer and having nothing to worry about. Tanning and swimming in the pool!

I think it would have to be Diana Ross. Her music has influenced me from the very beginning, when I first started singing. I idolize her not only is the singer but as an even better performer. I think her voice is amazing, her stage presence is amazing and she’s just such an icon that I would be honored if I could meet her.

I perform for many charities in Ottawa as well as New York. I love singing at these events because it gets people excited to donate and make a change. I have performed for the JED Foundation in New York, Make a Wish Foundation, CHEO Telethon, SickKids Gala and many others.

Where do you hope to see yourself in 5 years?

Performing at the Grammy’s in front of thousands and thousands of people and then coming home after a wild night to some ice cream.

I feel like social media is a good way to see what people are up to and to communicate your personality and style. But I also think it needs to be used in moderation and to not let it consume your life.