Between The Land Of Oz and her adopted home of The City Of Angels, Georgia Sinclair AKA Saint Clair is fast becoming the number one Demon on the Decks. If it’s a spiritual experience you’re looking for, then this musically-gifted Goddess is your Holy Grail…

Her solid and consistent delivery has won alignment with brands such as L’Oreal Paris, Mercedes Benz, Australian Fashion Week and the F1 Grand Prix. In addition, Saint Clair has spun in every major nightclub in Australia and is in high demand at Los Angeles’ hottest venues including The Warwick, The Nice Guy, Henry’s, Blind Dragon and Hyde on Sunset. Weaving a love of old school and current popular music, Saint Clair’s progressive beats have infiltrated the most exclusive parties, nightclubs and events. Saint Clair is famous for turning her dance floor audience into sinners with her myriad of party mash-ups. Combining the best of hip-hop, retro and modern electronica, her inspiration is nothing short of heavenly…

One set from this Renaissance woman promises you will feel more enlightened than the Illuminati…And with some new tunes on the way, this electronic enigma is the answer to all your musical prayers…! 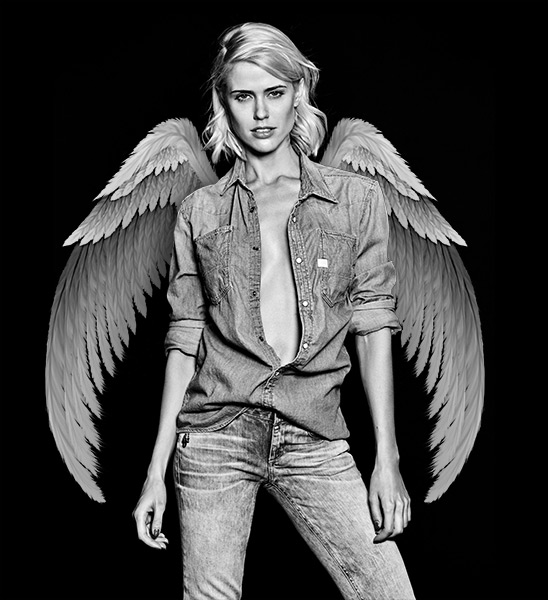 I wanted to start as a teenager but back then girls didn’t really DJ for some silly reason. So instead I pursued a career in modeling and television. I was lucky enough to land a role hosting what was to become a very successful kids show in Australia. Then I was thrown a major curveball… I was diagnosed with an aggressive brain tumor. That sent my life into a temporary tail spin but ultimately it was a gift… I left my show, focused on my health and started DJ’ing initially as a distraction from everything that was going on… I fell madly in love with it and that was it for me! 6 years later here I am and I wouldn’t change a thing 🙂

What was your first record you bought?

I think it was Gangsters Paradise by Coolio. Still one of my favs!

Out of all the tunes you have, which one ‘never fails?’

We Are The People by Empire of the Sun. I often play it at the end of my set. It’s timeless and everyone dances to it. I love it because it represents so many great memories for me and I think it has the same affect on a lot of people. Plus EOTS is an Aussie band which make is even more special to me 🙂

Which other countries have you played in?

Just Australia and the US! Stay tuned though….

Funniest thing that ever happened at an event or nightclub?

I once had a girl lean across the DJ booth and try to kiss me. I thought she was requesting a song so I put my ear to her and she licked it!

What’s you favorite song of all time?

Gimme Shelter by The Rolling Stones

The normal stuff for sure! I’m a Piscean so I love water. I love chilling at the beach, drinking tea, burning scented candles, reading books, watching a great TV series, getting a massage and catching up with my girls for dinner!

So how is the scene in your eyes at the moment?

I think it’s going in the direction of open-format which is great for me as that’s what I do! The crowds know all the new stuff from the major artists but they generally don’t want too much of an education when they go out anymore. They just want to chill-out, relax and dance to songs they know (old and new). Reading the crowd well is the most important thing. I always try to mix it up a lot in my sets but every room and every crowd is different. I play a lot of retro at venue’s like The Nice Guy and Blind Dragon which is quite popular!

Who has inspired you as a professional DJ?

Definitely the 3 I mentioned above however, I have been passionate about dance music for as long as I can remember so it was artists like Chicane, Sash, Tiesto, Paul Oakenfold and Fat Boy Slim in the beginning. I spent a large chunk of my early teens in under-age disco’s. My whole life revolved around music (and it still does!) When I was younger Trance was big and DJ’s were becoming the new Rockstars. I was in awe of them and the effect they had over their audience. Music is so captivating and deeply affects people’s emotions. A great DJ will take you on a journey and allow you to escape from reality. It’s really powerful! I became a DJ because I wanted to create those kinds of experiences for other people.

How’s a regular day in your life Georgia?

It’s pretty rare for me to get to bed before 3 or 4am so my days usually start a bit later (around 10 or 11am) then I’m on! I always work out first thing in the morning unless I have to be somewhere but if that’s the case then I always find time later. Training gives me balance and clears my mind so it’s not negotiable for me. Aside from that I’m always working! Emails, finding new music, prepping sets, meetings… It’s a full-time job like any other!

I’m pretty booked up locally right now but a lot more traveling is definitely on the cards!

Do you go often to Australia?

Not just yet. I’ve only been here 5 months and I’m still settling in! I love my mother-land but it’s so far away and LA never stops… I will definitely be heading back at least once per year though. Hopefully a little bit more than that…

How did you start working with the h.wood group?

I met John Terzian though my dear friend Wade Crescent who happens to be one of the partners of Blind Dragon and a very talented DJ, producer and writer himself. Wade has been an amazing friend to me since I arrived in LA and John and the rest of the h.wood group have been super supportive too! I feel really blessed to have them all in my life.

How different is the music scene in L.A. from Australia?

Wow, like chalk and cheese! In Australia, I could get away with just having the iTunes top 10 on my laptop mixed with a few classics. Here the crowd is educated and constantly wanting the latest and greatest. I actually had a girl request a song once that I had never heard of. She seemed surprised when I told her I didn’t have it and responded with “Really? But Rihanna tweeted about it last night!” Guess I missed that tweet….

Can you list the DJ things you bring to a gig?

My laptop, a stand, my Serato box, lots of spare RCA cords, usb cords, a usb hub, headphones, a spare set of headphones, control CD’s, control vinyls – a lot! I like to be over-prepared! I just added something new to the bag the other day actually – a Groupie Stick (like a Selfie Stick but more high-tech and made for DJ’s). Can’t wait to try it out!

Do you ever mess up?

Haha sometimes. I love to talk to people and interact with the crowd when I play and occasionally I’ll look down at the timer on the decks and only have a couple of seconds left to mix! Somehow I always manage to cover it though. Also I play open format which can be quite challenging particularly when you’re working with old music that hasn’t been re-mastered. I don’t mind a few mistakes though. At least people know that I’m actually playing a live set!

Do you play requests?

Do I ever! I’m practically a human iPod…

Have you ever produce any song?

Nothing released yet but I’m working on it 😉

Have you played in a major festival?

Yes in Australia I played a couple of big ones. Summa Dayze and The Good Vibrations Festival. Haven’t played any big ones here yet but I’m still fresh off the boat so give me time!

Which one is your favorite festival in the world?

Ha! Some totally embarrassing cheese, Drake’s new album and a lot of classic rock. I’m a huge Rolling Stones fan so there’s a lot of that on there too!

Oh wow that’s easy! BOA Steakhouse on Sunset. I’m a big fan of protein and they nail a steak. I would happily eat there 7 days a week!

I’m very much a person who ‘lives in the now’ however I’m going to be spending a fair bit of March in Vegas celebrating a number of things (The opening of Omnia and it’s VIP Room ‘Heart Of Omnia’ which is run by H.Wood, my birthday and I’m playing at Tryst on March 20!)

Where we can see you playing in the near future?

If you’re in LA I spin at The Nice Guy on Friday’s and as I just said if you’re heading to Vegas I’ll be playing my first set in Sin City on March 20 at Tryst!

Drink: Tito’s vodka, club soda and fresh lime/lime juice (and lots of it!)

Movie: Gosh I have so many so I’ll go with the my most recent fav which is Theory of Everything. Loooooved it!! 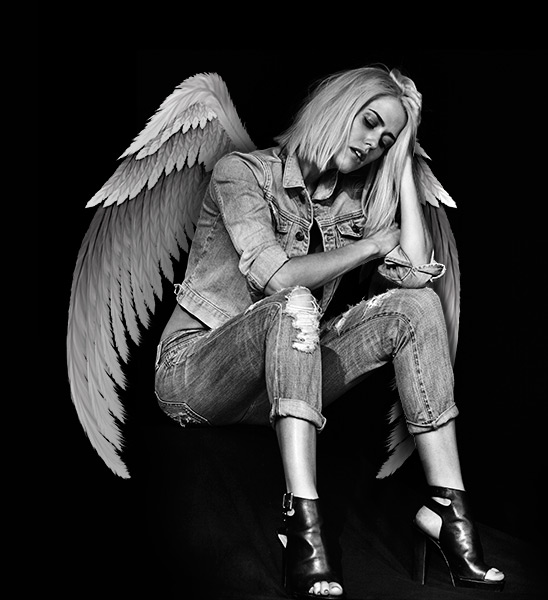