Home Editorials EDITORIALS INTERVIEWS Interview with talented FX “What We Do In The Shadows” actress Veronika... 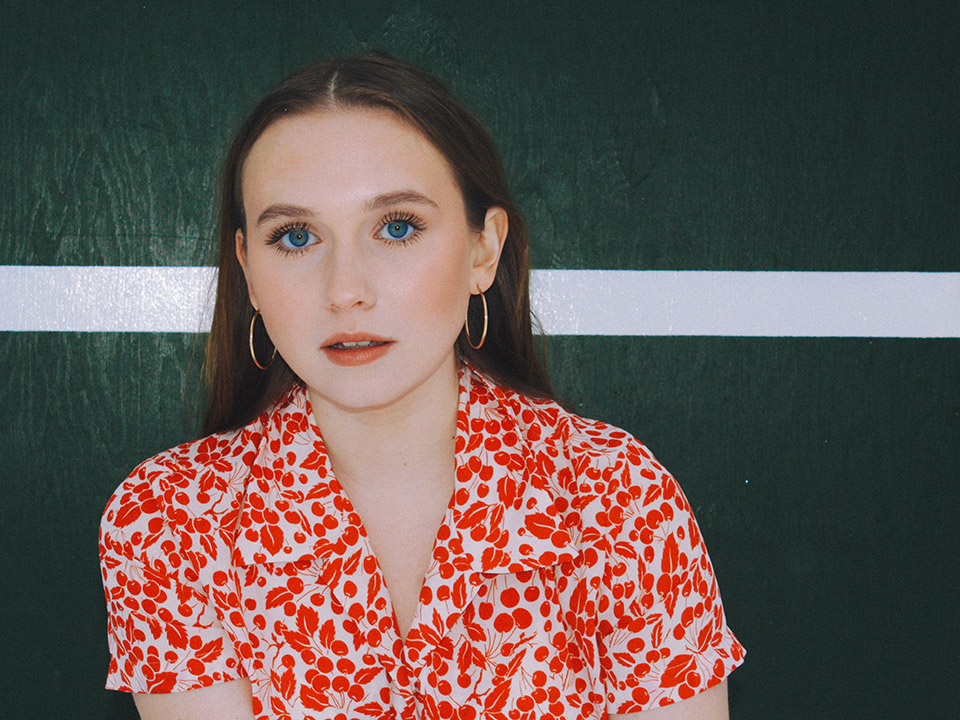 Veronika Slowikowska was born and raised in Barrie, Canada. From the young age of three, Veronika has had her sights on performing. Her passion for acting began when her parents enrolled her in theatre classes, using the platform as an outlet to overcome her shyness. Veronika would go on to attend the Randolph College for the Performing Arts as well as Second City Conservatory where she trained in improv and was nominated for the Tim Sims Encouragement Fund, an award that recognizes and supports promising comedic performers in the early stages of their careers.

Since graduating in 2015, Veronika has amassed a number of credits under her name including DEGRASSI: NEXT CLASS (NETFLIX), SEE NO EVIL (DISCOVERY ID) and the short film VIABLE. Coming up next. Veronika can be seen recurring in the highly anticipated comedy horror television series, WHAT WE DO IN THE SHADOWS based on the 2014 film of the same name written by Jemaine Clement and Taika Waititi. Veronika plays the role of Shanice, the nerdy and awkward roommate of Jenna played by Beanie Feldstein. Veronika also stars alongside Kayvan Novak, Harvey Guillen and Matt Berry. The show will premiere on FX on March 27, 2019.

Other projects include the 2019 Toronto Sketch Comedy Festival where she will be performing alongside her troupe My Chemical Bromance at the Comedy Bar. Veronika also recently released a teaser for her brand-new web series A Boy’s Memoir, which follows three teenage drama nerds who will stop at nothing to put on the performance of their dreams after their local High School Musical gets cancelled.

Hello! My name is Veronika Slowikowska and I am an actress/comedian/person.

We’re all going to die someday so do whatever you want. That was dark.

I was painfully shy as a child and acting helped. It was always fun for me.

I love to play the underdog. The geek, or insecure type, that don’t take themselves too seriously. They’re always the most interesting and have the most room to grow.

Tell us about “What We Do In The Shadows,” and your role as Shanice?

What We Do In The Shadows is a hilarious show about vampires in their everyday lives. Shanice is a quirky, insecure, sassy nerd. She’s great.

And now about the upcoming 2019 Toronto Sketch Comedy Festival?

My sketch comedy troupe My Chemical Bromance is performing in this years Toronto Sketch Comedy Festival. We play three teenage drama boys who love to sing and dance while miming smoking a giant cigar. It’s a wild show that’ll have you dancing along.

What other projects are you a part of?

I recently produced/wrote/starred in a web series my friends and I are developing. Check the trailer out on Facebook/YouTube under A Boy’s Memoir.

How does a normal day in your life look like?

Going to the gym, attempting to bake something healthy but chocolatey, going out for ramen with friends, and most nights I have an improv or sketch comedy show.

The hardest part was/is getting over the way I look. Comedy helped with that, comedic roles usually don’t care about that as much. I’m an attractive lucky young lady and yet the industry makes you feel like it’s never good enough. Also rejection! I’m okay with it but every two years I’ll have a little 15 minute cry over the roles that could have been.

Broad City but it’s coming to an end. Loved Mad Men when it was on!

To voice a cartoon character like Finn on Adventure Time or Steven on Steven Universe. So fun and epic!

“Grab this day by the neck and kiss it”- Bill Murray

Love me a lazy Sunday! Catching up on my latest YouTube videos, ordering in Fresh (this delish restaurant here in Toronto), cuddling up with a blanket and watching Call Me By Your Name (I am so basic).

What’s next for Veronika Slowikowksa in 2019?

I just released the teaser to a web series my friends and I wrote/produced and starred in called A Boy’s Memoir. Check out the trailer on Facebook/YouTube.

I’m Polish…but you probably knew that. Just wanted to clarify.

Getting that warm fuzzy feeling when you’re driving with your best friends and the sun is setting and you’re listening to your favourite song.

I’d be lying if I said it wasn’t. Totally addicted to my phone which sucks but I’m working on it! Am I good at social media?

The Trevor Project and Funnies For Families. Love what they’re doing.