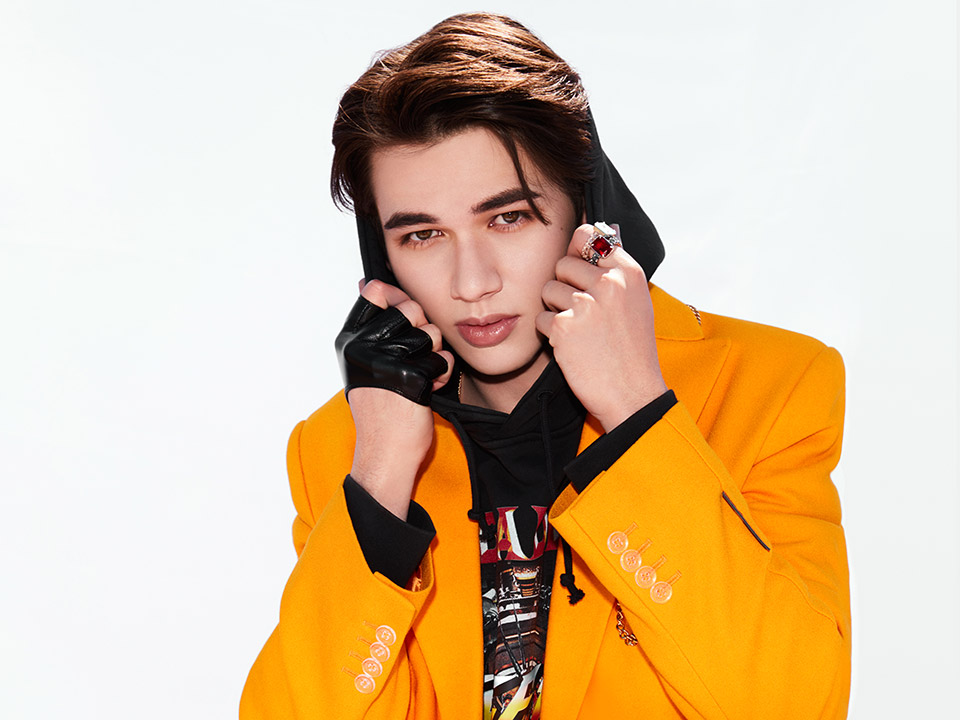 Check out our interview with Japanese and American boy band INTERSECTION talented artist Caelan. After recently appearing on the Chinese version of Produce 101, “Produce Camp 2021(CHUANG 2021)”, which has head to him gaining fans throughout Asia and the US. Outside of his music career, Caelan has been featured on the front covers of several magazines and has collaborated with some famous fashion brands such as MAC Cosmetics and Fenty Beauty. These activities have led him to win the grand prize in the idol category at the “Instyle Icon Awards” this year.

Caelan just released the global version of his single, “Forever With You” which is a synthwave-style track, and its release marks a new chapter in Caelan’s career.

CAELAN / Forever With You (Official Video)

Hi Caelan, please tell us a little about you?

Hi everyone I’m Caelan, a member of a boy band called INTERSECTION and I was a participant in a hit Chinese Variety Show called “Chuang 2021”. I recently just released my very first solo single called “Forever With You” where you can check out on all streaming platforms. I hope everyone can also look forward to my other works coming in the near future. Thank you.

How has being an artist changed your life?

It changed my life drastically. Even though I was still able to have a normal middle school/ high school life, I still had to manage balancing it with the work of becoming an artist, which was honestly tough but all worth it. Everyone at school found out about this “second-life” I had outside of school and became very supportive of it. I was lucky enough to have been in a caring community where no one treated me differently even with the “idol image”.

In my middle school years, I started as a model to which it then led me to an audition to be a part of a small idol group. Surprisingly I made it into the group even with almost no intention or desire to become an idol as I approached the opportunity as something new for me to try. In this group I was given dance, singing, and acting lessons, but I ultimately wasn’t satisfied with the direction of the group it was going towards. A month after leaving this group, my former manager approached my door out of the blue and offered for me to be a part of another boy group, this one was for INTERSECTION. Through the process of putting this group together, my manager came across my picture on a modeling agency’s website, and after months of studying my Instagram, my manager was able to find my house and go there to let me join this group. As creepy as it was, the plan, and the company sounded promising and I thought of this as another opportunity that I shouldn’t miss. To this day I am very grateful that I didn’t turn down that offer.

My friends, my family, my peers, my mentors, and artists that I watch/ listen to. It’s hard to say which artists exactly inspired me because I’ve been inspired by so many, so it is tough to name all of them. I’ve always been inspired by artists who have a strong drive to work towards their passion, and staying drunk with creativity without having to care about what others think about their works. I also admire the artists who turn out to be very nice and caring in real-life. For example, I’ve seen many posts and videos from people who have run into Harry Styles in real-life about how caring, nice, and easy-going he is. Sure I’ve never met him in real-life so I can’t give an opinion but I can say there’s enough evidence for me to say I want to be as nice as him.

Sadly no, I was never able to fully commit to an instrument. I learned the piano at one point but wasn’t so interested. I also practiced the drums for almost a month but never found the right time to properly practice it. I hope I can play the drums again one day. 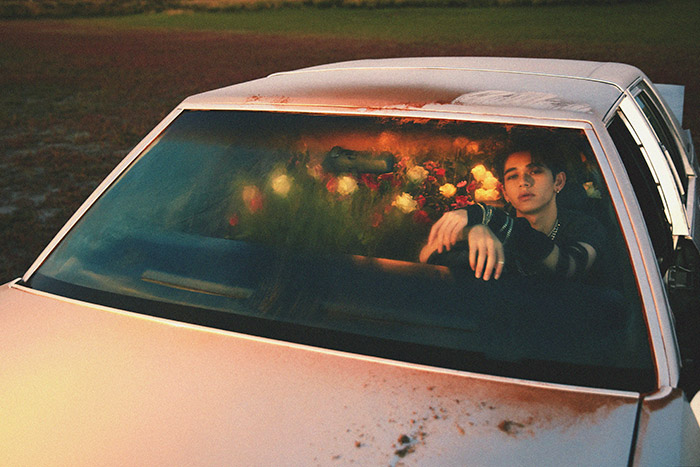 Tell us about your new single “Forever With You?. What’s the story behind the song?

“Forever With You” is a story about how one expresses their frustration on how they cannot get over this special someone as they dream to spend “forever” with them. The head-bopping song is presented in a sort of upbeat, city pop vibe where people can listen to it in a car while driving, or at a party with some friends, and maybe in their room when it’s 3 am. Each person can interpret the song in different ways, it all just depends on their history. Although the lyrics may appear sad I sang the song as if this was something I’ve always wanted to tell this one person, and as I sang it to this up-lifting beat it sort of helped me accept that things don’t always turn out how we may want it, but it sure feels good to vent it out.

Being able to collaborate with brands that I never thought would be possible, being able to inspire people, or make someone’s day go from sad to happy, and meeting new people.

How did you feel winning the grand prize in the idol category at the “Instyle Icon Awards?”

It’s such an honor that words can’t fully express how grateful I am. My next goal is to hopefully receive an award for my songs. We’ll have to wait and see.

I think modeling is so fun, I’ve always wanted to do more modeling as it can expand my fashion taste when I try different looks. It also feels like I am acting because some looks give a different feel or personality, so I can really play with my imagination. I don’t have anything against it, I can say there are some days where it’s sort of challenging as the shooting days are really long and tiring, but still very happy to be given the opportunity to be there.

Getting the right angles. We all have to admit that we have some angles that just don’t do us justice, so I make sure to know which ones are my good angles. I also hope to keep the environment stress-free and happy so that everyone can have a good time working, so I’ll play music or joke around and work my hardest while I’m shooting. The staff on set find it funny when I lift some weights before a shoot where my arms are exposed because they know I want to get my arms pumped and look at it’s best for the picture. 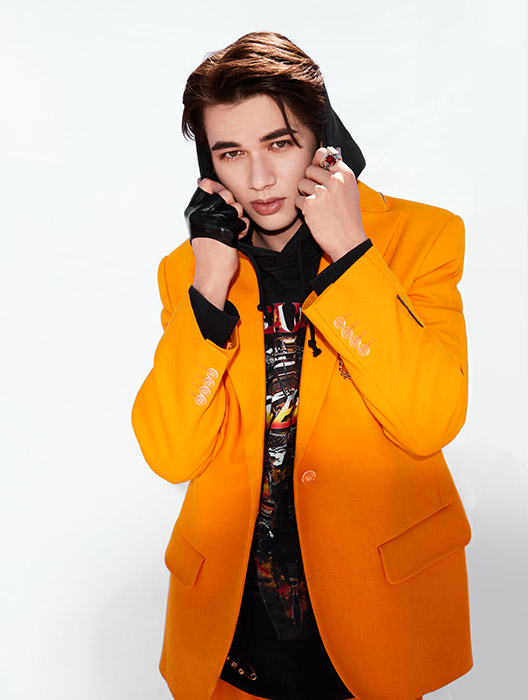 Play music that fits the vibe of the picture. If the clothes or set pieces are set up for a romantic setting, then I’ll play romantic music to get me in that mood. Or just play music you enjoy because the most important thing is to have fun and feel confident. If you’re not feeling so confident it’s okay but just remember, you’ll regret it even more after that you held back when you look at the pictures after the shoot. So just go for it and have fun!

I asked my best friends just now how they would describe me… they aren’t taking my question seriously hahaha. What a metaphor for life. Honestly, I would’ve done the same if they asked me this.

Spending quality time with friends and family while drinking a nice glass/can of good cola, after accomplishing a goal.

Your younger self had a dream, make that lil man proud.

More music, explore more of China, get better at Chinese, hopefully appear in a variety show, hangout with new/old friends, and hopefully some music collaboration work.

Book: Racing in the Rain by Garth Stein / The Hero’s Journey by Joseph Campbell

Quote: “Life moves pretty fast. If you don’t stop and look around once in a while, you could miss it.” – Ferris Bueller

Favorite Food: My dad’s ribs, and my mom’s cooking.