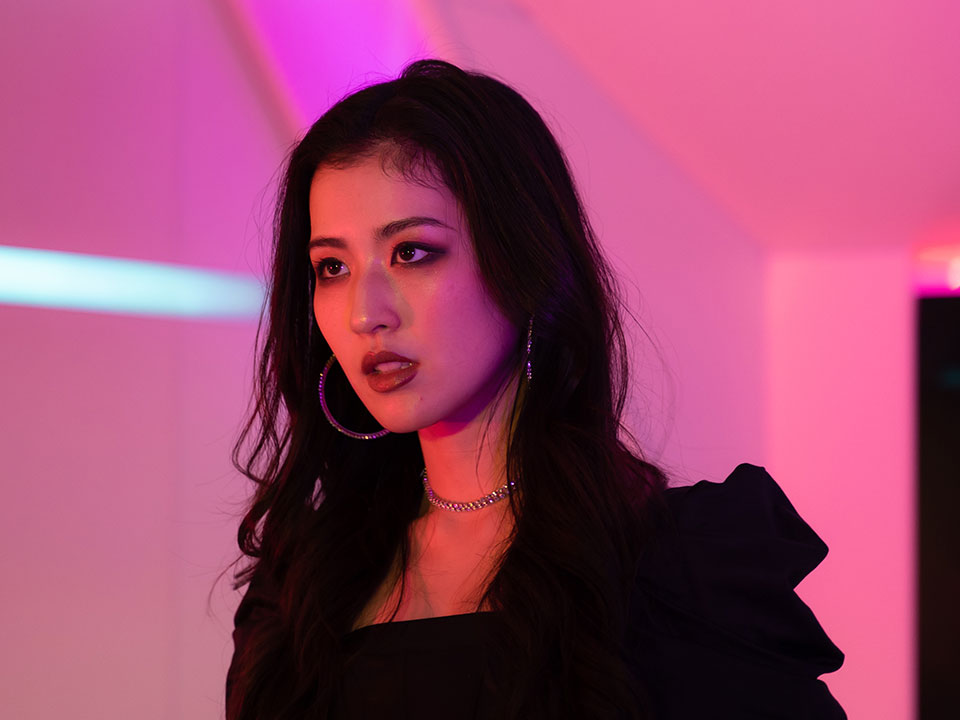 Check out our interview with talented Japanese artist MIREI who just released the music video for her latest single, “IDOL.” While the song sheds light on the struggles she personally faced within the music industry, the accompanying video takes it one step further. Starring Kanon — a long-time friend, singer, model, and former member of J-Pop group Dancing Dolls — the video showcases the reality of young girls in the industry who sacrifice their own mental and physical health to conform to the idealistic version of what others want them to be.

An idiosyncratic talent and voice of her generation, both musically and lyrically, MIREI has been praised by the likes of Teen Vogue and Hollywood Life for her efforts in tackling issues in the Asian music scene that are often swept under the rug or unrecognized overseas, as well as cultural topics and social issues. This can be seen on her 2020 English-language debut album, Take Me Away, which speaks to heavy hitting topics including the power imbalances between genders and deeply conformist culture while also paying tribute to the #MeToo and #TimesUp movements. The album features her hit single, “Lonely In Tokyo,” which showcases the dark side of Japan’s city life and entertainment industry as experienced by two different girls.

Hi MIREI, please tell us a little about you?

Hi Naluda Magazine! My name is MIREI, I was born and raised in Osaka, Japan. I sing and write songs, and I have been releasing them in both English and Japanese. My favorite food is pho and boba, and I hate bananas.

Who influenced you to become an artist and why did you choose to make music?

My first memory when I was a kid was singing, so I was around music for my entire life. But the person who inspired me to write songs and express them is Lady Gaga. When I was young, her song “Born This Way” was huge and was playing on my TV. At the time, I couldn’t speak English so I was just vibing to her sound and voice. They were playing it with Japanese subtitles one day and I was shocked. That’s when I realized I can be proud of being different, not hiding and trying to fit in, and I wanted to be someone’s hero just as Gaga is to me. Since then, I started to write, not just sing.

Tell us about your new single “IDOL?” What’s the story behind the song?

My career as MIREI is built mainly online, and social media lets me receive raw and real messages from my fans and listeners. Sometimes, they ask me why I became a singer-songwriter, not an idol, since idol culture is holding a huge part of the Asian music industry. It was complicated to answer so I kept quiet about it. I chose to sing about it instead of talking about it. I usually combine my opinion and others’ experiences in my songs by storytelling, but in this song, I wanted to sing only about myself. It’s one of the most personal songs I’ve ever written and I love it. 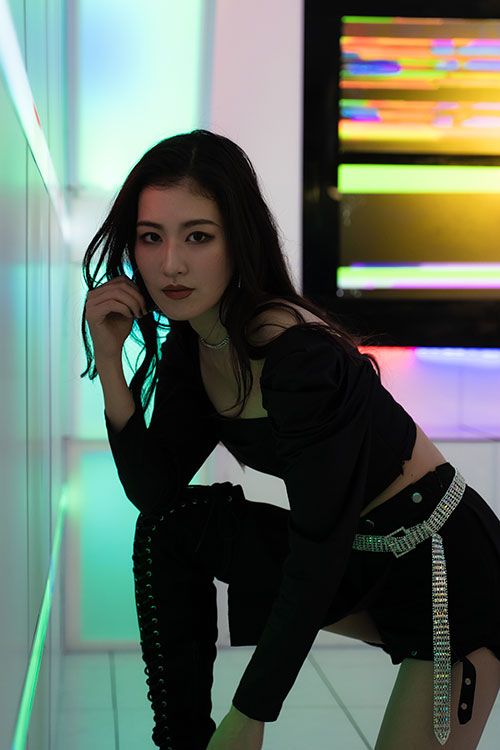 Can you share with us the story and success of your album Take Me Away and your hit single “Lonely In Tokyo?”

When I look back on those days, I feel like writing the songs on Take Me Away, including “Lonely in Tokyo,” was to keep myself in the right mind. While in the Japanese industry, I’ve experienced many moments where things felt unfair and unsafe. What’s worse is that my experiences were much better than other girls’. At the time, I was turning 20, which is the legal age in Japan, and started to think about my responsibility as a woman. My consent finally started to work, and I was able to talk about those things with friends. Knowing I’m not the only one who was hurt by chasing my dream makes me write these songs. Another thing that gave me the courage to sing in English was the #metoo movement. Finally, I’ve got to see the monsters with power being judged fairly, and that made me think that by writing in English there’s hope to ask for help.

To be honest, it was scary to release something so personal that included my traumas. So I was relieved and happier than ever to get thoughtful comments. The songs gave people the chance to discuss what is happening behind the scenes of the dream-like music industry.

I love to perform in front of my fans, sing along together and feel connected. Since I was young I have loved attending concerts because it makes me feel like I’m not alone. Now, I’m so glad I can be on the stage feeling the same with my music. A stage with music is the safest place for me. But in fact, I released Take Me Away right before the pandemic and I’ve rarely performed my songs as MIREI in front of live audiences. When I’m able to go on tour and meet my fans all over the world, it will be insanely amazing. I can’t wait to see my fans offline and in person.

Getting emotional is not a bad thing. You don’t have to block your feelings, but learn how to express them through art. Now, you might feel like you’re insane and you don’t belong anywhere, but you’ll find that your safe place is music, much more than you can imagine right now. Many people love your uniqueness and your creativity, so don’t be scared of showing it. Interestingly, the more you show that side the more you’ll get to know your fans.

If you were a book, what would the title of the book be and why?

I would name it “I know I’m weird, but I can’t shut my mouth.” When I look back, I wonder why my life has been so mysterious, fun, and exciting. It’s because I can’t help being a weirdo, but luckily there’s always somebody who supports me. I started going to the dance studio because I got bullied in my neighborhood and the studio led me to meet the team that I’m currently working with. And at the same time, I felt left out in the dance studio and that made me start writing music. They gave me the chance to study in the States and start my professional career. I still feel like my life’s the most unimaginable one. But all I was doing, and continue to do, is sing. I just couldn’t shut my mouth or lie to myself. Now I think that’s one of the most important things for people like me who are weird.

During the pandemic I wrote many songs and recorded them with my friends, Zak and Shiftee, over Zoom and I’m about to release them. It’s so exciting! I’m planning to shoot music videos for my upcoming releases later this month and it’s filled with a lot of jokes and sarcasm, which I love. My English songs were also released to non-Asian countries, but from the single “IDOL,” they are all available in all over Asia(except for Japan)! Of course, I’m planning to release them in Japan too, and I hope I can make MIREI’s music into a movement. To be honest, I can’t wait to see Mirei Touyama and MIREI together on the same stage, because it’ll make me feel much more natural and real. That’s what I hope for 2023.

I think it’s being natural. Happiness isn’t a consistent thing for me so I don’t crave it long term, but I sprinkle those moments into my life. Whenever I do something, both the things I have to do and want to do, I feel like I can enjoy them while I’m being natural. These days, I only meet with people who make me feel safe and natural because that matters to me a lot for my happiness. I don’t think happiness is material or achievements. It’s the moment that I can be myself and not want anything.

I want to meet my family, both living and dead. If I have to pick one person, then I want to meet my great-grandmother. My mother told me that her grandmother loved her a lot, but at the time she had already become senile. She’s the one who looks the closest like my mom. So if I could, I would meet her and talk about her memories and how she feels about her family that’s currently living, especially about my mother.

What would be your dream holiday and who would you go with?

I want to take my family on a trip to Hawaii. I have been focusing on my career since I was very young and they supported me, so there was not a lot of time to be together and rest. I have very few memories of being on trips with them and I feel it isn’t enough for us. Also while I was living in the States, my parents never left Japan. They don’t know what it’s like to be outside of Japan, so I want them to feel the air from the other side of the world.

On the airplane with my lovely people. I don’t think I’ll stay in the same city for too long. I love to fly around to different places, and I want to bring my performances outside of Japan. I see myself in a plane, surrounded by the people I trust and everyone’s sleeping except me. I’m writing my lyrics based on my journal and we’re all heading to the next place for me to perform. That’s my dream view of where I see myself in 5 years.

So far, it’s “Let Me Be.” It’s the song that portrayed my resentment in the relationship. It’s a serious but playful song, and it has a beautiful balance. I grew up singing and listening to R&B since I was young, so I just really love the vibe of the song too. It’s nostalgic and new at the same time. I love that feeling.

I think it’s like coffee. It’s tasty and nice to boost your feelings, but if you drink too much of it you won’t be able to rest. As a professional singer, I need social media to communicate and share my messages with my fans. But I don’t personally like to be connected 24/7 with friends because I love to be alone. I often take a break from my phone and stick to a book and music. I seriously think everyone needs detox time once a week from social media. A moment for ignoring all the notifications, walking in a park, and feeling the sunlight.

Book: Not sure you consider manga as a book, but Naruto is my instructions for my life.

Quote: “Life is a tragedy when seen in close-up, but a comedy in long-shot,” by Charlie Chaplin.

Movie: Every time I forget how to be myself I watch Forrest Gump.

Tv Series: I love watching Ally McBeal. It empowers them to be different and weird, and lovely.

Travel Destination: New York! It’s the city that gives me power and safety at the same time. It’s magical. Also, money will disappear magically from my wallet when I’m in NYC though…

Sports Team: I’m not a sports person because I’m bad at playing all of them, but I love Ichiro and Ohtani, so am I a baseball person maybe?