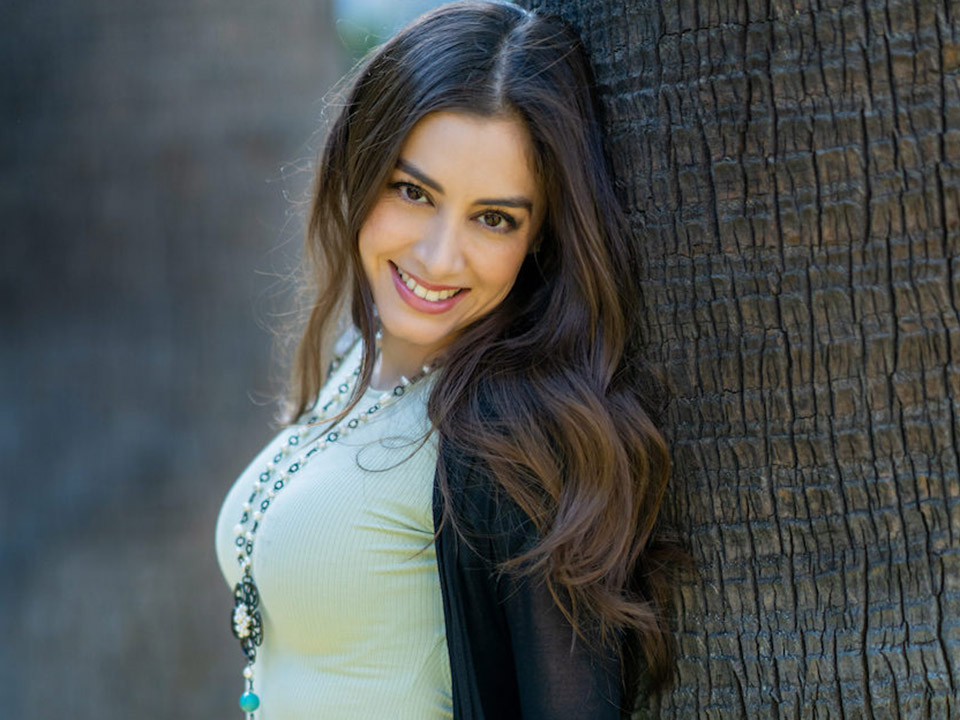 Check out our interview with talented Mexican actress Argelia Curiel.

10 years ago, while living in her hometown in Mexico, Argelia Curiel went to a friend’s birthday party when suddenly she found herself talking to a television producer who happened to be looking for a new host for her morning show. A year later, Argelia would become one of the most recognizable figures in her state, thus revolutionizing the role of women in the media in the state of Chiapas.

She later graduated from the Center for Artistic Education at Televisa in Mexico City, and she tells us the story of her first steps on Mexican television as if it had happened in a distant past but the truth is that her career has flourished and thrived in a surprisingly short time. She received two prizes in Mexico for best acting performance. First in 2012 for her participation in the series “Mucho Corazon: Where love flourishes” and the second in 2014 for her performance in the ’10th International Street Film Festival” in Tampico Tamaulipas.

Argelia has also participated in several commercial films such as “Los Amorosos” with Marimar Vega and Daniel Martinez, and “Under the sky of the Three Crosses” which was screened at one of the most important film festivals in Mexico and Latin America known as the Morelia International Film Festival. The multi-faceted actress has also appeared in several soap operas on the Televisa, Telemundo and Univision networks. These include “The One Who Couldn’t Love”, “Passion and Power” and “The Miserable” as well as in the remake of the well-known American series Gossip Girl in its Hispanic version and in co-production with Warner Brothers and Televisa called “Gossip Girl Acapulco”. She has also appeared in numerous national and international television commercials. 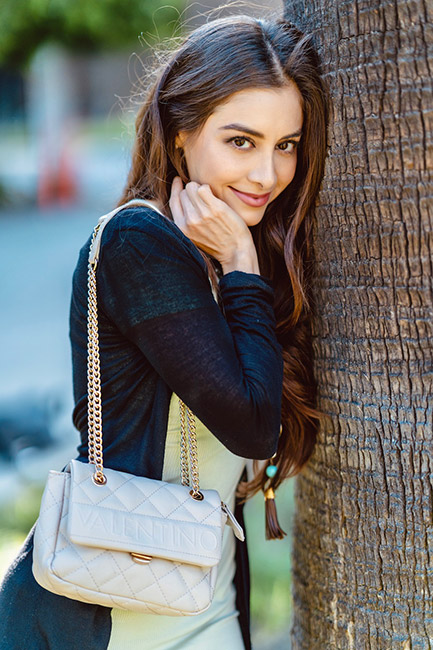 Learning from the characters, undressing them until I can understand their soul.
These characters heal me because they help me to see life from a different perspective. When I give life to a character I can feel and understand their view of life and I get rid of any judgment I may have regarding their situation. Acting thus becomes a liberating exercise, I feel it is a catharsis that heals the soul and makes me more complete as a human being.

Tell us about your first short film…

I wrote a poem called “Contradiction” and I knew immediately that I wanted to bring its characters to life on the big screen, so I decided to turn “Contradiction” into a short film about the duality of love. I not only acted and directed this short film but also ended up producing it.

It was a wonderful surprise to me that it became a finalist in the Burbank International film festival, and I hope to be showing it in more festivals soon.

Tell us something uncommon that had happened to you on set.

One time we were shooting a music video for a well-known Latin band, when suddenly an earthquake hit, the situation immediately became chaotic, with a lot of people feeling very stressed out, especially because it lasted longer than a regular earthquake. But in the end, nothing serious happened.

When did you decide to pursue acting?

I found out about an audition for the movie “The Lovers: Stories of a Beautiful Life” by director Rafael Montero. I remember auditioning in early December and I received the call right on Christmas Day telling me that I’d landed the role! I will never forget the emotion I felt, that call changed my life! it was the first door that opened and it felt to me like a sign that I was on the right path. From there followed more projects such as Mucho Corazon, Under the Sky of Three Crosses, Los Miserables, and Gossip Girl Acapulco among others.

Who do you admire professionally?

Emmanuel Lubezki, I am a great admirer of his work, many of the films he has photographed have impacted me deeply from: A little Princess, Great Expectations, Sleepy Hollow, Birdman and The Revenant. He is a genius in the use of natural light and flat sequences. I was lucky to meet him a few months ago at the Los Angeles International Airport, we had a brief conversation and I can assure you that part of his success in life is due to his kindness as a human being.

Talent or Effort: Which do you think is more important?

I think that both are complementary. I definitely feel that talent is a gift that without effort simply stays there without being developed, while on the other hand a lot of effort without talent, well, in such a situation, we will have to rethink the possibilities that exist with regard to skills that can and cannot be developed, by this I mean that we have to understand our limitations and be clear about our goals. 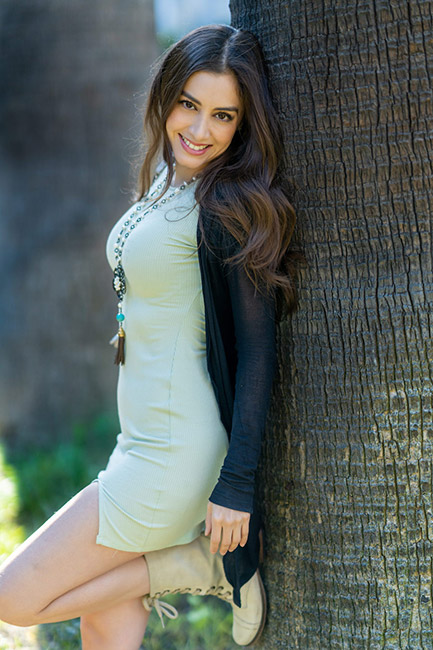 If you were born again would you choose to do something else?

I can’t see myself doing anything isn’t art related, because this outlet allows me the ability to share with the world who I am. So, if I weren’t an actress or writer I would probably be a sculptor or a dancer, but definitely something artistic.

Do you think that an actor must reinvent himself and why?

Of course, I believe that all of us as human beings should reinvent ourselves from time to time but even more so as an actor because it is our job to give life to characters that may be totally different ourselves. An actor who does not reinvent himself with every role can’t expand his perspective and therefore what he can offer a character is limited.

How did your passion for screenwriting and directing begin?

It was always very clear to me since I was very young that I was all about art, at a very young age I began singing, playing piano and taking folk dance lessons. But above all I loved writing stories. My fascination was so strong that my grandmother took me to literature classes offered by the government, it was a great program because they published a weekly newsletter that was attached to the local newspaper with writings and drawings that the children in the program did. My stories were always getting published and my teacher would say to my grandmother “Hey this girl has talent!” In fact, the first career I considered seriously was Philosophy and Literature, I grew up with mind set on that… until acting came into my life.

Are you satisfied with your achievements so far?

Yes, very much so, as an actor I’ve been very privileged to have had the opportunity to portray many complex characters on screen. As a writer, I’ve had the honor of creating works for screen and stage. Even though the path to achieve those things has been different from what I imagined, my career has been a wonderful adventure and I am sure it will continue to surprise me in amazing ways.

Well it would undoubtedly be an honor to work with great Mexicans artists like Alfonso Cuarón, Alejandro Gonzalez Inárritu and Guillermo del Toro.