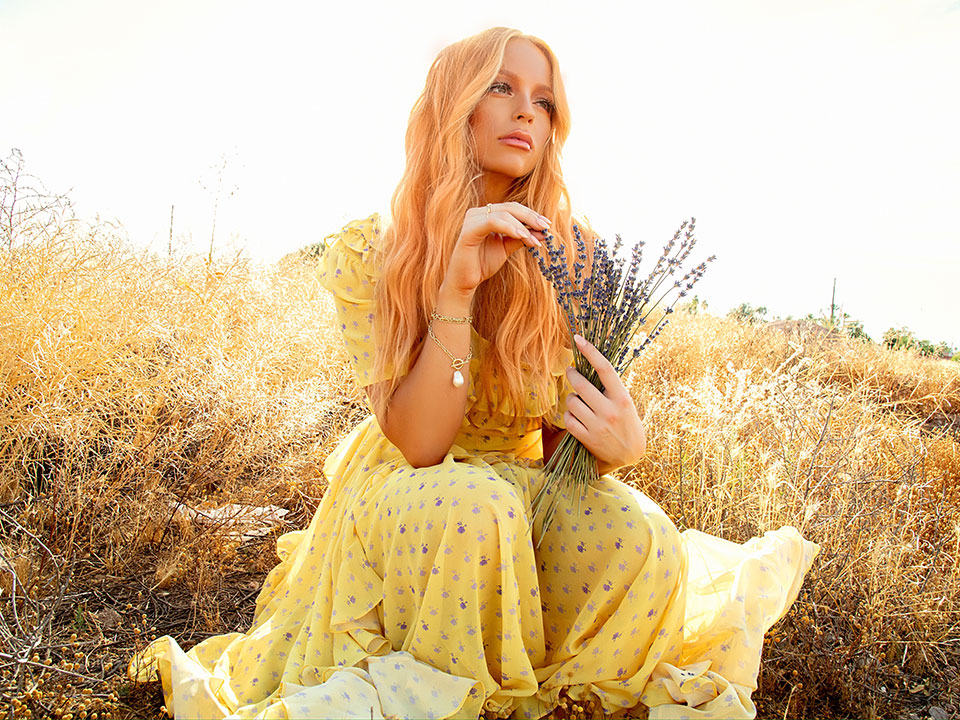 “Man of Few Words” follows Dani’s debut single, “Girl Most Likely,” which has already amassed over 52k streams on Spotify alone and received support from outlets including CMT, American Songwriter and Country Sway.

Hi Dani, please tell us a little about you?

I was born and raised in Arizona. I moved to Nashville in 2018 and have been working towards becoming an independent country music artist ever since. Both my parents are accountants and my sister has her masters in accounting. I think I inherited recessive genes for music. However, my grandmother is a piano teacher and was in choir. I first became interested in music in 5th grade and scored the role as Annie in the musical Annie.

I played clarinet in middle school, I can play moonlight sonata on piano (I learned by ear and it’s the only song I can play on piano), I play ukulele and guitar as well, but an injury to my left hand a few years ago makes it hard for me to play certain notes on guitar so I usually have a guitarist accompany me on acoustic sets.

Yeah, all the time. But once I’m on stage I feel at home. I feel empowered. The only thing I worry about on stage is remembering my lyrics if I’ve got a lot on my mind. Sometimes as an artist we can sing an entire song on autopilot. But I try to be in the moment as much as possible!

Tell us about your new single “Man of Few Words?”

“Man of Few Words” is a ballad I wrote for the quiet guys. The men who don’t talk much but show their love through actions.

I wrote this song completely through my imagination, which I have never done before. I usually write from experience. There was a country artist I saw living in Nashville and I could tell he was a man of few words. So, I used my imagination to write a song about dating a man like that. I hope I get the chance to date a man like that.

And about the success of your debut single “Girl Most Likely?”

I just surpassed 50k streams on “Girl Most Likely” which is a huge success! It’s only been out a month and has no radio airplay or editorial playlist support and it’s been streamed that much! I’m very happy and I think that’s a big milestone for a debut single.

Yes, I did have to cancel many shows because of the pandemic. I did not do any livestream shows until recently however. I was quarantining in Arizona and I took a lot of time offline in order to work on my music and other content for these releases.

I am releasing my full EP early next year, so my next bucket list project is a full production music video for the featured track on my EP. I hope to film that music video this December.

What’s fun and rewarding are the kind words of encouragement from fans, friends and family in response to my single. It’s also cool to see young fans make videos on TikTok to my song. Especially when they are from other countries. That is so cool to see people on the other side of the planet show interest in your music. The unrewarding thing about this career path is all the “no’s” from the industry. It’s hard to succeed when a lot of people tell you no, but you see them say yes to your competition so you have to try and not compare yourself to others. I always remind myself that we’re all in our own lanes, we are our own competition, not each other.

What’s next for Dani Taylor in the last months of 2020?

At the moment it is “Some People Do” by Old Dominion. The hook is amazing. The song is like listening to an apology that you never got from someone that hurt you. It’s cathartic.

I love art, specifically abstract artwork. I have made a lot of resin art. I also bake and cook. And I love animals. I’ve raised many litters of show dog Great Danes. I LOVE puppies!

I wish I could have met my dad’s mother, my grandmother. She passed away in her 30s, so I never met her. I always dream about her. I have a small family and I would’ve liked to have met the family that passed before I was born.

I wake up early, 4/5am and workout, then I eat breakfast and work on music, meet up with other musician friends, write, work on graphics for social media. I am constantly planning for music releases and every facet of them.

Church (in person). Brunch with friends. A nap. Then an afternoon drive listening to classic music anywhere from the 50s to 90s.

As a kid I used to sing Gloria Gaynor’s “I Will Survive.” Now I sing any Patsy Cline song for my karaoke go to.

I support Go Fund Me charities and friends of friends who’ve fallen on hard times. I have been looking into volunteering at an animal shelter because I love animals and I want to be more active in my community.

Someone who’s rude or condescending to the server. That’s a no for me.

I see myself performing at the Grand Ole Opry and at the CMA Awards.

I sometimes wish I didn’t have to do it. It can be hard on your mental health, so I take a week off from it sometimes.

Movie: Under the Tuscan Sun

Sports Team: Any team from Arizona (my home state)