Check out our interview with talented singer and actress Lilo Baier who just released her debut EP “Introducing Lilo” and her new single “Better in Time.” Lilo is also well known for her participation in popular TV show “The Voice” Germany.

Hi Lilo, please tell us a little about you?

I’m Austrian, but I was born and grew up in Singapore and I now live in Los Angeles. Acting and singing have always been my passion. I have been performing ever since I was small. One of my best moments was when I was on live TV singing at the Blind Auditions of ‘The Voice Kids Germany’ and all the 4 judges’ chairs turned and they started singing and dancing along. This was very special for me and inspired me to work harder.

When I was 4 years old, I did my first ballet show and I loved it so much that I told my parents that I want to be on stage for the rest of my life. I later performed all over the world. I participated in international touring musicals such as Cinderella, Shrek, Peter Pan, Evita, and international touring plays such as 1984 by George Orwell. I performed in front of the Singapore President and was on the stage with David Beckham. I won 1st Place in the International Vocal Competition American Protégé and performed live in the Carnegie Hall in New York City. In 2019 I participated in the TV show The Voice Kids Germany’ and came all the way to the Semi Finals. My Blind Audition where I sang Defying Gravity made all 4 judges chairs turn and hit 2,6 Mio views on youtube.

Acting wise I booked my first big TV show with 30 episodes when I was 10 years old. I played the Lead Role Page in the TV show. I also filmed TV and cinema commercials. The Highlight of my acting career was in 2019 when I booked The UK TV Show The Singapore Grip. It was a 6 episode British drama series which ran on BBC and ITV. Script writer was 2 times Oscar winner Christopher Hampton and director Tom Vaughan worked with people like Harrison Ford, Ashton Kutcher, Pierce Brosnan, Cameron Diaz, Miley Cyrus,… I played Kate Blackett, the daughter of David Morrissey and Jane Horrocks. I loved working with the amazing cast and crew.

It has changed my life tremendously. It is a passion that has always been with me. I just know that I want to work in the entertainment industry for the rest of my life. It has also changed my life as a teenager because I have a full time job. I miss a lot of school and activities due to all the commitments but I wouldn’t want it any other way. There are many. One of my favorite artists who has also influenced me a lot is Taylor Swift. I love all of her songs – the melody and the lyrics are very engaging. She is so powerful, and is such a nice person too. She started singing at a young age and worked so hard all her life. That inspires me so much as I can really relate to that. She also influenced me to write my own music and be able to express myself through it.

I can play basic guitar

I get nervous before my performances, but as soon as I go out and start singing, it goes away and I am transported into the world of the songs that I’m singing.

Tell us about your debut EP “Introducing Lilo?”

I’ve been performing covers on stages since I was 7, and I always wanted to express myself through my own songs. This EP summarizes my ideas and feelings over the last few years, especially the journey from Singapore to the US. I’m so excited to share it with everyone.

Now tell us about your favorite song?

The song “Better in Time” is a beautiful emotional ballad. It’s about how there may be bumps in the road, but by believing in yourself and never giving up, things will get better in time.

What’s the story behind the single “Better in Time”?

With school, my job, and my friends and family, there’s a lot to do and it’s not always easy. During peak times, I have trust in myself and my dreams that things will get better in time.

What can we expect from the five singles in the EP?

Each song has a different story, meaning, and vibe to it. It’s a fun EP with highs and lows that show different lessons that have inspired me the last few years. 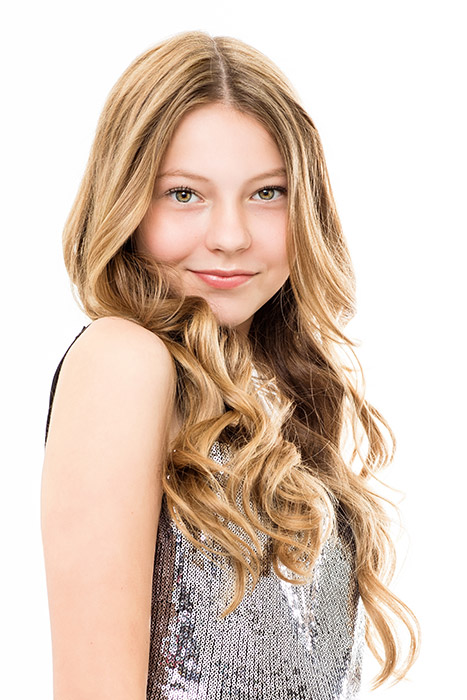 And about your experience on Germany’s The Voice Kids?

Being on The Voice Kids Germany was the best experience I’ve ever had. When all 4 of the judges turned around at the same time it felt amazing. Being able to work so closely with my coaches and the whole team until the semi finals was a dream. I got to perform so many different songs, and made friends that are going to be my family forever.

The most rewarding part of my work is when I’m performing in front of people or the camera. So much work has led up to the moment, but when I’m actually doing it, it’s a dream. It’s the best feeling.

I’m not a big reader, but a book author that I love is Michael Morpurgo. I have read almost all his books, and each and every one has such a great lesson and meaning to them. I especially love the book War Horse, and Long Way Home. They were really good books to read.

The greatest lessons I have learned so far are to be yourself, and to never give up. Being yourself no matter what is extremely important. Learning to embrace all of your amazing qualities is key to everything. Never give up and just keep on going. It’s important to always follow your dream, and not listen to all the nay-sayers and rejections along the way.

My best friend would describe me as fun to be around and would say that I’m always there for her.

A Tour Around the Globe – . This is because I grew up in Singapore, Asia, but I’m Austrian. I moved to LA a few years ago, and I travel back and forth all the time. It’s an adventure and opens up amazing opportunities

I’m starting to work on a new single which is exciting! I’m also planning to film a feature film soon!

Salmon Teriyaki with white rice and miso soup, or an acai bowl.

My fashion style is cute, feminine and fun. I wear a lot of pastel colors as well as super bright colors. I love wearing dresses as well as jeans with a colorful shirt! I love to match my outfits with the same color shoes, a bag, and a cute hairstyle!

My definition of happiness is when I’m with my family and friends.

Michelle Obama – she is such an inspiration for all women. This would be very meaningful

A few years ago, I met Chazz Palminteri backstage after his performance in the Broadway musical “A Bronx Tale”. He gave me a card his father gave him and on that card was a quote that said “The Saddest Thing in Life is Wasted Talent”. This has stuck with me since then and I’ll never forget it. That’s why I always give my best.

I see myself filming and singing projects all around the world.

My favorite song at the moment is Stay by The Kid LAROI ft Justin Bieber. I love both artists and their collaboration was so good.

I think that social media is a good place to express yourself and connect to your fans and other people in the industry. There are a few downsides, like people leaving mean comments, but if you ignore that and only focus on yourself it can be a fun place.

All my socials are @lilobaier

Interview with “Around the World in 60s! star McClairen Eisenhour