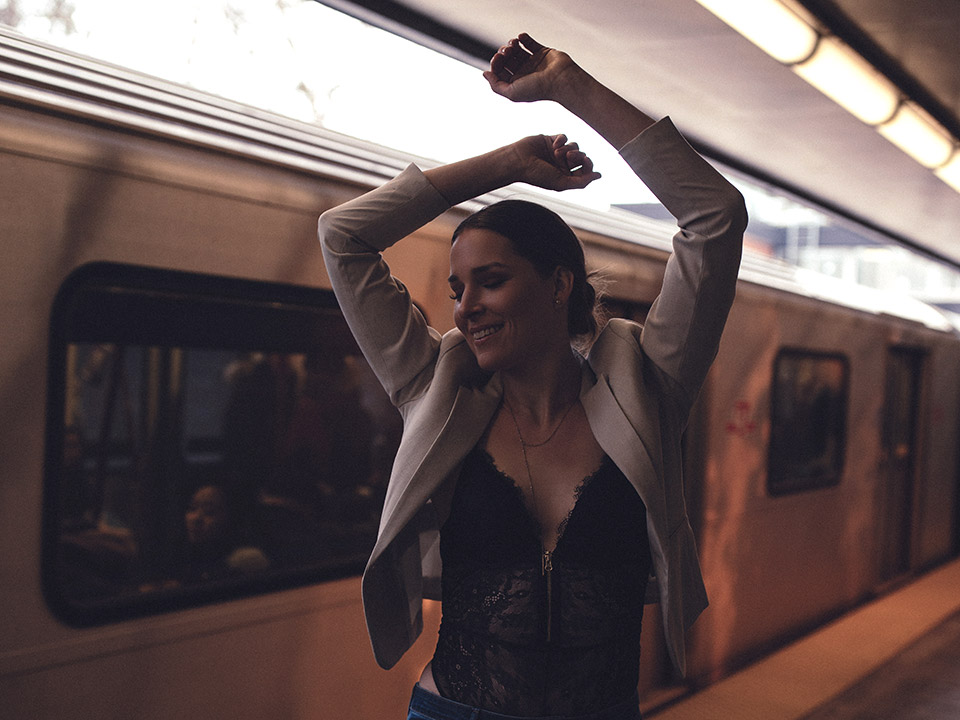 Check out our interview with talented singer-songwriter and producer Ciara Leah who just released her debut album “Love Money.”

Co-produced alongside Juno-nominated producers Chris Rouse and Thomas McKay, Love Money is a declaration of faith, a celebration of love, and a social critique, all at once. A fun, smooth R&B soundscape, the album features emotional yet consummate soul vocals and harmonies from Ciara Leah, as well as many jazz solos on keys.

What are 3 words you’d use to describe yourself?

How did you get your start in the industry?

My first daughter inspired me to pursue music as a career. When I was pregnant, I defended my thesis for my Masters degree in Science but the prospect of motherhood made me question the direction I was headed; I didn’t want to be a hypocrite and teach my daughter to pursue her dreams when I wasn’t following my own. So, I started writing a ton of music, developing my musicianship, and building as many connections as I could through attending music schools, open mics, and artist development events. I got out and performed as often as possible and even had the opportunity to perform as part of an opening act for Kamasi Washington and Brandon Coleman in LA when they were first coming up. I made a lot of friends really quickly; my network has grown to include Grammy- and award-winning artists and producers from all over the world. This album was created with some of my best friends and award-winning artists from Toronto and I’m grateful to have been awarded a highly competitive grant from FACTOR (Foundation Assisting Canadian Talent on Recordings), which is a public/private partnership that has provided funds for recording, marketing, and content creation.

How has your life changed since you started making music?

I’ve been creating music my whole life so the only thing that has really changed is that I have finally and officially stepped into who I am. Doors start to open up when you walk the right path.

What are 3 words you’d use to describe your sound?

Colourful, layered, honest (in every sense of those words)… and unexpected! (Oops! The fourth word was literally unexpected.)

Congrats on Love Money! Who were your biggest musical influences on this project?

Thank you! Love was definitely the strongest currency used to create this album… Stevie Wonder and Prince continue to be huge influences because of their mastery in songwriting, playing, and producing. We drew some inspiration from the D’Angelo “Voodoo” album and borrowed a few production ideas from J Dilla, the Gap Band, Rene and Angela, Prince… Vocally, I channeled a bunch of different artists (in my own way, of course): Michael Jackson, Stevie Wonder, Ron Isley, Donny Hathaway, Chaka Khan, Dolly Parton, James Brown, Marvin Gaye, to name a few… and for my piano solo work I was mostly moved by Don Blackman, Patrice Rushen, Prince, Stevie Wonder, Vince Guaraldi, Duke Ellington, Thelonius Monk, and Rachmaninoff.

What’s the story behind the album?

This album was written when I was in a dark place (centered around love and money) and it brought me into the light. It’s like my namesake, Ciara Leah, which literally means “dark light”; the production and the songwriting reflect this dichotomy. I discovered, early on, that my songwriting has a sort of prophetic quality so I let the music speak to me when writing. Most of the songs came from dreams; I would wake up and just flow with the music and lyrics I was hearing. These “musical messages” were speaking directly to my experience, as though my future self was showing me the way, the love, the truth. The first half of the album is a sort of a dark, cautionary tale with lessons to take away and the second half is full of hope and light. The last instrumental track fades into a bookend that matches up with the intro to the first, title track “Love Money”. The idea is that with every listen or cycle, you will uncover more layers, just like the cycles we experience in life. I think it’s really beautiful and poetic that, as I was finishing recording the album, I fell in love and had a baby; you’ll hear my baby’s little voice and some of her percussion on a couple of the tracks! 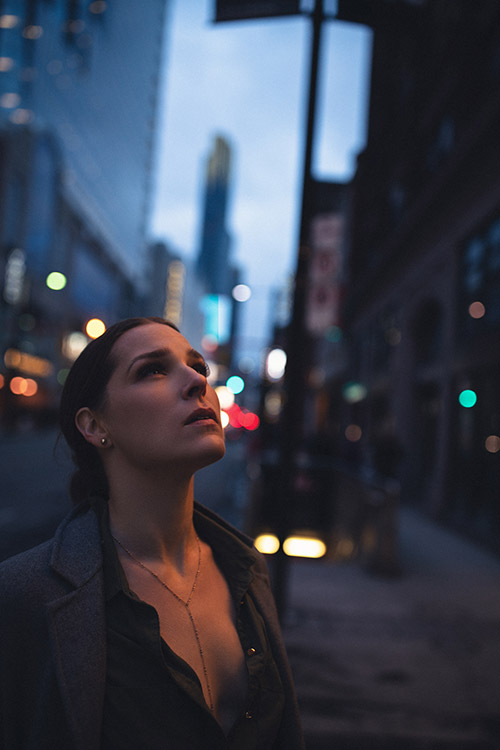 My first love is the piano but as a music producer, I love to explore different sounds and instruments. I have spent some time playing the violin, the trumpet, and also the berimbau when I used to play Capoeira. I see the electric bass and drums on the horizon… As I continue to build my studio, I have a steadily growing collection of instruments from around the world that I look forward to exploring more. On this album, I play the piano, Wurlitzer piano, and a bit of percussion.

Inspiring my children and connecting with people from all walks of life. Making music is a reminder of how deeply connected we all are.

What book should every artist read?

Any music book. It is such a blessing to be able to read music notes on a page and explore the history of music through the transcribed works of some of the greats. As a teenager, I used to read through Chopin books like they were the Harry Potter series.

What is the best advice you’ve ever heard?

There are no wrong notes.

I would tell my younger self exactly what I remind myself of every day: “Have faith. Everything happens with Divine timing and you are exactly where you need to be, right here, right now.”

First thing’s first: I’m going to jump back into performing! I took a longer hiatus than just the pandemic on account of me finishing up the album (and having a baby!) so I’m most looking forward to just getting out and playing again. I have some music videos to shoot and a lot of traveling/touring to do… And, of course, there is lots more music to be made, so stay tuned!

I’m with Viktor Frankl on this one: finding purpose trumps the pursuit of happiness. For me, happiness is found in living out my purpose, which is to be a good mother and to do my part to connect and heal the world.

Jesus Christ. Through Him, we are all connected.

The key words here are: “the dream”… I’m looking forward to shooting a music video for my song, “the Dream”, in the islands with the family, where my three children (for whom I wrote the song) have roots.

There is so much inspiration to be drawn from these platforms… so much talent, on every level… You’ll laugh, cry, and have your mind completely blown after scrolling for just a few minutes. There is so much beauty and so much realness. As with everything, you are what you eat, so you just have to be careful of what and how much you ingest.

@ciaraleahmusic on socials and on Bandcamp, Spotify, and most streaming platforms.

Quote: Maya Angelou once said: “Do the best that you can until you know better. Then, when you know better, do better.” (As it turns out, to “know” is much more than just a brain exercise.)

Movie: Edward Scissorhands. The music, alone, moves me to tears. Danny Elfman was an important part of my childhood.

Tv Series: Master Chef. Other than music, food was how I connected (in different ways) with my mom and my dad, growing up. And now, creating music and creating in the kitchen are the two ways I connect most closely with my children. We love watching cooking shows together.

Favorite Food: Potatoes. I’m an Irish vegan – what can I say?

Travel Destination: Fiji. That’s the last place that my mother would really love to see in her life and I want to take her there.

Sports Team: Nope. But I’m in love with New York City so you might catch me rocking a Yankees ball cap from time to time.