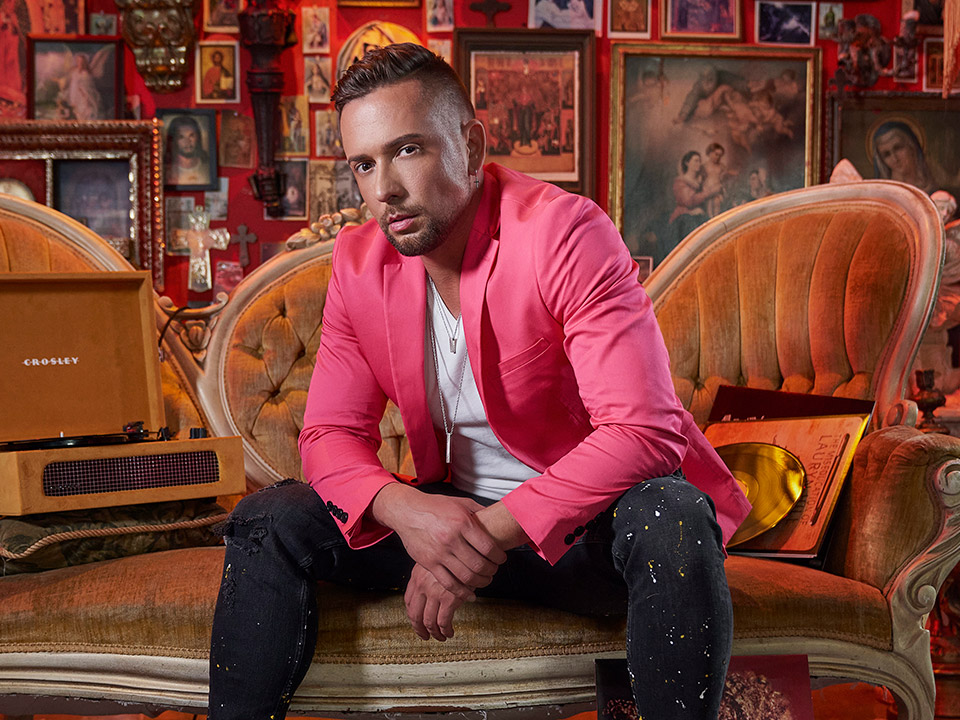 Check out our interview with talented singer-songwriter and American Idol finalist David Hernandez who just released his EP “Don’t @ Me.”

His hit single “Beautiful” from “Kingdom: The Mixtape” album reached the Top 100 of the Billboard Dance charts, with his music video being a national hit. After his time on American Idol, David has showcased his impressive soulful powerhouse vocals on popular talk shows such as The Ellen Show, The Today Show, MTV’s TRL, EXTRA, Access Hollywood, Entertainment Tonight and many more.

I auditioned for my first musical when I was about seven years old. My grandfather took me to the audition at a local mall and I landed the role. From that moment on, I knew that I wanted to be in entertainment. I took a pause for music and went to college but then started singing hooks for rappers and writing my own music. I landed my first record deal when I was 21. After a falling out, I auditioned for American Idol at 23 and made the top 12. Since then, I’ve sang at Barack Obama‘s inauguration, released albums, singles and music videos, and had a top 100 billboard dance hit with my single “Beautiful”. I’ve also been on tour for the past 14 years creating music and traveling the world. I am very blessed and grateful!

I don’t know any other life besides this one. I knew when I was a kid that I wanted to sing in front of millions of people. I just didn’t know how that would happen or what that would look like. I had very humble beginnings and a loving and caring family but, going to college and having a normal life was definitely encouraged. So, the life I live now is extraordinary and unexpected from most.

I always wanted to be a singer. When I first heard Whitney Houston sing, I knew that I wanted to fly vocally! There’s such a freedom that happens when I sing. I feel like for a moment, during that song, I can transport myself to another world.

I’m learning to play guitar but, I do write and produce my own music including my latest EP “Don’t @ Me.”

ALWAYS. I don’t think that will ever go away. I also think that, in a way, it fuels me to do the best I can when on stage. I think it’s healthy to be a little nervous. Talking to some of the great entertainers along the way, it seems like a common thread to feel nervous even if you’ve been doing it for a few decades.

This song is probably the most personal song I’ve written to date. It talks about the shaming I went through from the media on American Idol for being queer and a former stripper.

When I was on American Idol, Perez Hilton and Access Hollywood released some information about me that I wasn’t quite ready to share with the world. One of which was my sexuality, and the other was my former profession as a stripper. They made me out to be unworthy and publicly shamed me for those things. I decided to use a news clip from that period of time in the song and specifically talk about what happened. Some might consider this controversial but, I consider it taking my power back.

And about the success of your hit single “Beautiful?”

“Beautiful” is one of my favorite songs. I’m grateful that it made the top 100 billboard dance charts. I think it’s a song that is just universally relatable to everyone. It talks about even in your darkest moments, you’re still beautiful no matter what anyone says. 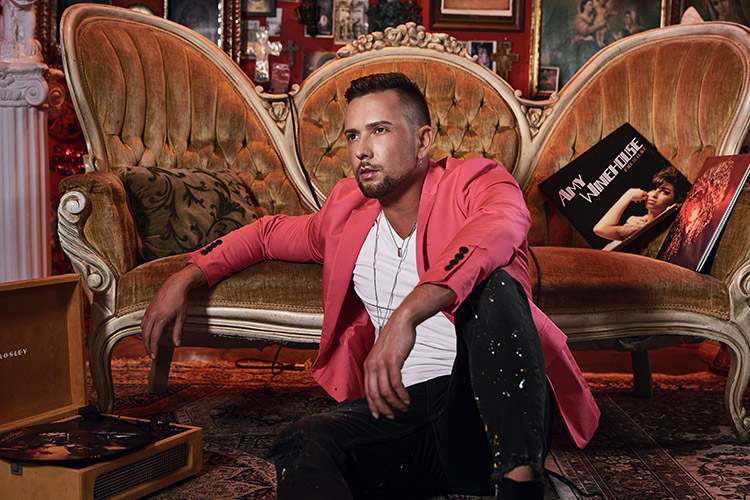 How was your American Idol experience and the feeling to be a Top 12 Finalist?

It was an incredible experience. It was definitely hard, and it was like a Boot Camp for singers, but I wouldn’t trade it for the world! I made so many great friends still to this day and it helped me grow as an artist.

The most rewarding part of my work is hearing from the fans that can relate to my music. I love hearing how it touched or inspired them. If I can somehow tell their stories through my experiences, then I have done my job!

Anything by Brenè Brown.

Don’t take yourself too seriously. You can always reinvent yourself. Make the music that you want to make, not that others want you to make. Take a deep breath. Everything will be OK.

What’s next for David Hernandez in 2022?

New music, a podcast and a documentary series.

Being able to go to bed at night with a clear conscience.

I would love to take all my closest friends to Greece.

Right now, I can’t get enough of Drake’s entire album. It’s so good!

I have a love-hate with social media. I think, as with anything in life, take it in doses.

What Your Clothes Might Be Saying About You: A Sit Down...