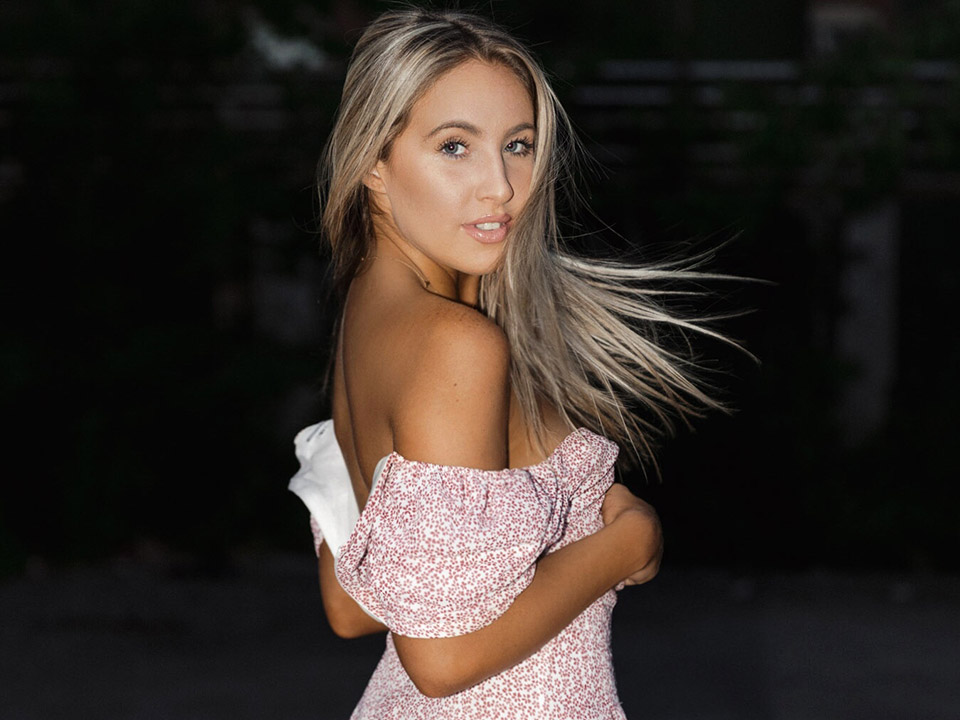 Check out our interview with talented American-born Canadian singer/songwriter Isabelle Stern that first came to the public’s attention competing on series three of The Next Star on YTV (2010). Ultimately reaching the show’s Top 6 of Canada.

In June 2020, Isabelle released a remix cover of the song Secrets by Dj Regard ft. RAYE in collaboration with British Dj and producer; HBSN (also known as Alex Hobson) which hit over 1.5 million streams on Spotify.

Most recently, Isabelle Stern linked up for a sensational catchy tune with Australian producer Marcus Santoro on UK label Enhanced Music. The record is an exhilarating release that merges a polished, rollicking progressive house instrumental with themes of yearning and desire. It delivers a surge of energy right as you enter the drop which will make anyone want to get up and dance and immediately put them in a good mood. In just 24 hours, the song is gaining support from Apple Music and Spotify UK on playlists such as “Friday Cratediggers,” “Future Dance Hits,” and “New in Dance,”

Weʼre sure you have been asked this million times but how did you get in the industry?

My love for music has been instilled in me since day 1. I started by singing any chance I had at school talent shows, ceremonies, award shows, etc. I eventually started competing in local talent competitions. This was all before I was 13 years old. It was at 14 years old that entered a more professional world in music. I was selected to be a top 6 finalist of Canada on YTVʼS tv show “The Next Star” and filmed Season 3. It aired throughout the year and I performed LIVE at Canadaʼs Wonderland. At 15 years old I also filmed two episodes on a french television show and won both talent-based competition episodes. I was called back by the YTV network at 17 years old to film a spin-off show. I filmed a whole season. Once I started University, I no longer did television, but I made time to record covers of dance hits to keep my following active and to continue feeding my passion for music. It was inspiring for me at this moment to still see support from people. The covers eventually helped me network in the world of music and I attracted really talented people to my private messages.

In the summer of 2020 is when I really feel like I was able to prove myself. I covered the song “Secrets” by Regard and RAYE which was remixed by a British DJ producer. We released the song on streaming platforms and it blew up and got over 1.6 million streams. In September 2020, I connected with Marcus Santoro and now here we are!

Tell us about the success of your new single, “Itʼs Not About You?”

It has been about 48 hours since the release of the single. We have already seen
support from Spotify UK and Apple Music on really popular playlists such as “Friday CrateDiggers,” “Future Dance Hits,” and “New in Dance.” Also, getting really great feedback from people., which is so amazing. We also just found out today that “Tomorrowland” added our single on rotation on “Tomorrowland One World Radio.” This is surreal. I also got verified on Instagram! I am excited to see what is next!

Whatʼs the story behind the song?

Marcus Santoro reached out to me back in May. We both established the fact that we really wanted to work with one another. We bounced ideas back and forth. It wasn’t until September that we found the perfect fit and it was a confident and exciting “LETʼS GOOO” from there. I rushed to the studio the same day and recorded all the vocals and sent them back asap. In a matter of days, I was included in an email thread with Enhanced Label and from there on the project continued to unravel. 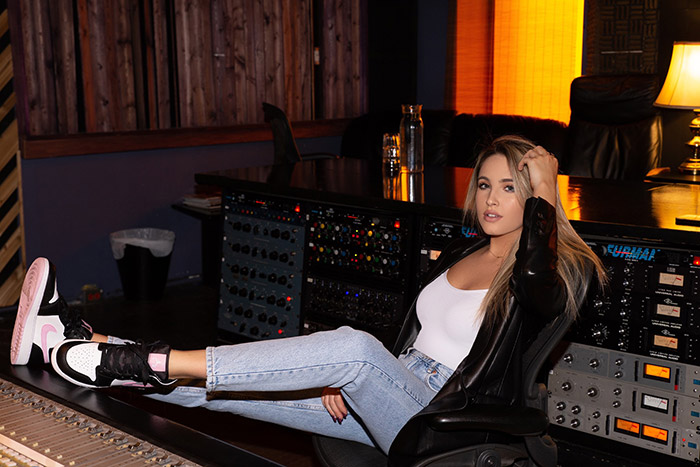 How was working with Australian producer Marcus Santoro?

Amazing. I canʼt thank him enough for taking a chance on me and wanting to collaborate. He was so personable, professional and sweet throughout the process. I really feel connected to him and feel lucky to have gained not only a talented person in my music network, but also a true friend.

No, because I am a new emerging artist. However, COVID has been somewhat positive near the end since I really feel like the most has been happening for me in terms of music. More people are reaching out and open to collaborating. I also feel like I have had 100% of time to invest in my music since everything has been in lockdown, closed, etc.

I would LOVE to someday perform LIVE at a dance music festival in front of hundreds of thousands of people.

What is fun and rewarding about what you do? And whatʼs not?

Inspiring people, uplifting their moods. I find not only can the music resonate / relate and evoke emotions from people but the energy of the journey that I personally feel like I share with people is infectious and I am growing with those who have been following me since day 1. 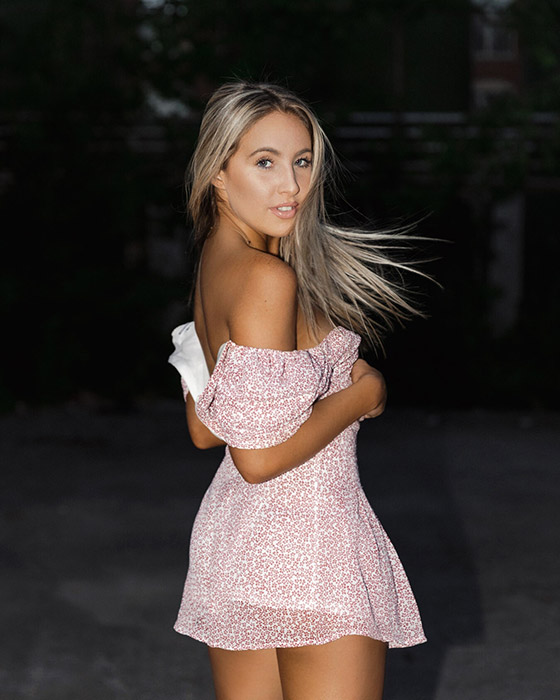 Stay true to who you are and remain hyper focused on your goals. Remain persistent. Treat everyone with respect.

Being social, bubbly, positive and adaptive in mostly any social setting.

Feeling truly satisfied and fulfilled with the fact that I have done the best that I could in both my personal and work life. Achieving my goals and accepting all things the good and bad things that come in life. Loving others and feeling loved.

I have volunteered for “Because I am a girl” foundation and the “Old Brewery Mission” in the past.

When I used to live in Toronto to film the TV show with YTV, I spent time standing out on the streets with the organization. Spreading awareness + more.

I would love to see myself topping the charts with music that i absolutely love and believe in. I would love to collaborate with a lot more talented djs and producers. I would hope that music would take me to places/countries that I have never been. I hope to inspire and uplift people with fun feel good music! in short, id love to see the fruits of my labour in the music industry. I hope to be fulfilled and all in all the happiest and most independent version of myself.

Quote: “everything happens for a reason” & “remember the days when you wished for what you have now” – These two quotes resonate with me in a way that inspires me to think that everything happens when the time is right and how it is important to be patient in life and to continue to be persistent and persevere.

Travel Destination: I loved Europe. I have been to Paris and Florence. I would love to explore more of Europe. Iʼd also love to go to Ibiza, Australia, London, LA…MORE.