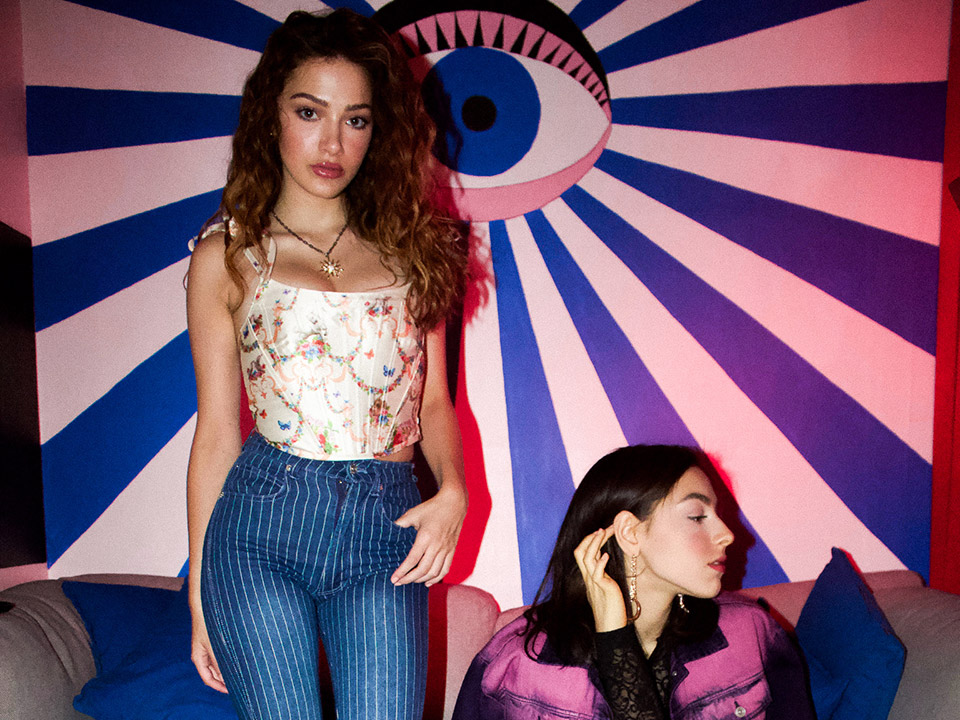 Twin musicians, and emerging dual vocalists – Carly and Martina are ones to keep an eye on this year!

In case you needed more proof that confidence is key, the teenage twin duo will be singing, producing, writing and mixing their own songs for the upcoming debut album titled, “Are You Listening?”

Their unique sound and original songs have been a beacon for their supporters to follow, which has led to impressive numbers on multiple social platforms – amassing over 1.5M views on their YouTube channel.

The twins have recently secured sync placements on multiple shows, which include High Fidelity, The Bold Type, and LA’s Finest.

As musicians with a platform and presence, the girls acknowledge and understand that they have a responsibility to their supporters and generation to be leaders and role models.

For Carly and Martina this means being actively involved both locally and nationally. The sisters work alongside schools to support and raise awareness of anti-bullying, host song-writing programs and have performed at fundraisers for non-profit organizations that benefit under-privileged communities.

Using their platform to support other artists, they created a visual album for “Are You Listening?” that spotlights other artists and influencers from around the world who created digital custom pieces of art during quarantine to bring their debut album to life.

Carly and Martina believe that the arts evoke power in unity – this is the most crucial element in the foundation of their music and overall ethos.

The twins are Chicago natives and bursting into the music scene with must stream tracks. It’s only a matter of time before their atmospheric vocals take them all the way to the top.

Hi Carly and Martina, please tell us a little about you?

We’ve been playing piano since we were 4 and are classically and jazz trained, but we never thought we would ever have a music career. When we were in middle school our dad signed us up for a songwriting summer camp that was a week long. At the end of the week we got to play our song for friends and family in a real studio on its off day. It just so happened that a producer for the studio forgot his keys and had to grab them while we were performing, so he saw us perform. Two weeks later he called our mom and offered us a one-song deal. That was the moment when we realized this could actually be a career for us.

Our dad used to play a lot of The Beatles and other bands from the 60s while we were growing up, so music has always been a really large part of our lives. Honestly, we made music because it was fun. There was never a hidden agenda or the desire to be successful at it, we just loved it.

We both started playing the piano when we were 4, and we’ve picked up bass, guitar, and drums along the way!

All the time! We get nervous before shows and before releases. Our music means so much to us and we always want to do our best, so that it can mean a lot to other people too. We tend to get really self-critical because we want to be the best we can be.

Tell us about your new single “Your Song?”

“Your Song” is all about how a song can take you back to a person and remind you of way you used to feel about them. You could be removed from the situation and from your feelings about it, but when you hear that song everything comes back to you. We had this image of someone opening an old mixtape to listen to that kind of song (now they’re playlists but we were feeling retro lol). We used throwback elements to make “Your Song” something that would actually appear on one of those mixtapes. “Your Song” sounds really cheery but it actually has a super painful and honest element to it.

Carly and Martina - Your Song

We actually wrote this song in our kitchen during quarantine. We had been reminiscing about prior relationships and friendships that we cared about but didn’t think about anymore, so we were already feeling nostalgic when we started writing this song. Once we started playing those chords, messing around on the computer, the song came in about 20 minutes. It isn’t about one specific person, but rather the culmination of different people we care about and the music that takes us back to them.

The fact that we get to create music we love is the most fun and rewarding part of this for us. We always get super geeked about art in general because the concept that artists create something out of nothing makes us so excited. The constant criticism on the internet is probably the worst part of what we do, but we love connecting with fans, so we’ll happily deal with the trolls since there are so many kind people online too.

Our computer (for producing and making music), our phones (duh), iced coffee (sorry but the caffeine addiction is real), lip balm (chapped lips are the worst), and each other :))))

We’re releasing another single, “Honeymoon”, July 24 and an album, “Are You Listening?” on August 7. After that, we have a few more surprises and then it’s on to creating the second album!

That’s one of the hardest questions you can ask us, but “In My Life” by The Beatles is a top contender. The lyrics are absolutely gorgeous and really reflect how we feel about the people closest to us. The melody is beautiful too!

“The Subtle Art of Not Giving A F*ck” by Mark Manson.

Taking the plunge to produce ourselves was the hardest decision we’ve ever made. We were at a point in our career where it was really make or break. If we chose to produce music and it didn’t work out, there was no backup plan. We also didn’t know if we would be able to pull it off since we had never done it before and had no prior experience in production. Looking back, we’re really happy we made that decision because so many good things have come from it!

This might sound weird but Leonardo Da Vinci. Not only is he one of the greatest painters of all time, he also made a bunch of inventions, had secret codes, and was overall one of the coolest people of all time. We’d love to ask him a million questions about himself.

Our work ethic is definitely a strength of ours. We don’t stop until we’re beyond proud of what we’re doing.

The perfect Sunday would consist of a huge breakfast with friends, followed by some time in the sun. For us, getting some uninterrupted time to make music would make us happy and definitely make the day perfect.

“I Will Survive” by Gloria Gaynor or “You Belong With Me” by Taylor Swift are our favorites!
Peace with who we are and our decisions.

Ever since we were fifteen, we’ve partnered with United Way of Metro Chicago and Little Kids Rock to provide support to the music programs of inner city schools by doing songwriting workshops with the students. We’ve also raised money on our live broadcasts to help support survivors of various natural disasters. 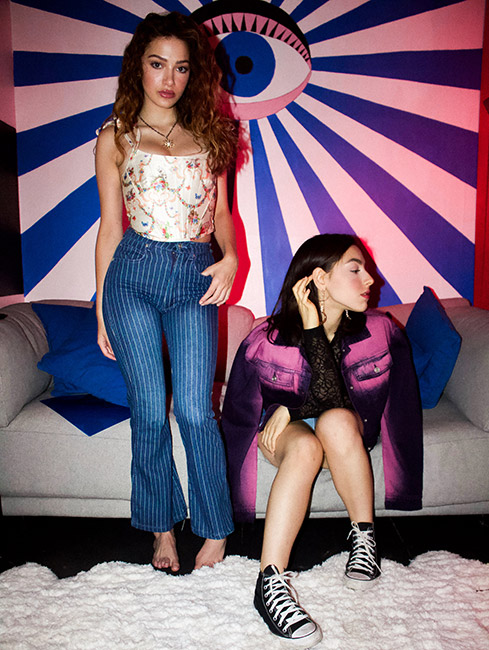 Acai bowls and smoothies! They taste like they aren’t healthy but they are, so it’s a win-win!

Being mean to the wait staff – it’s not classy and someone who thinks others are less than them will one day think the same about you.

We like to put twists on classics, like leather converse or platformed Doc Martens and pair them with a flowy dress.

Social media is good and bad. The idea that we can connect to people all over the world is amazing, but unfortunately it also means people can be really mean to each other. We try to enjoy the positives and ignore the negatives because we don’t want to give too much energy to the hate and comparisons that also live on social media apps.

You can follow us @carlyandmartina on all social media! If you look up “Carly and Martina” on any music streaming services or online, you’ll see us!

Quote: “Fear is stupid. So are regrets” – Marilyn Monroe

Interview with talented “Anne with an E” actor Kyle Meagher