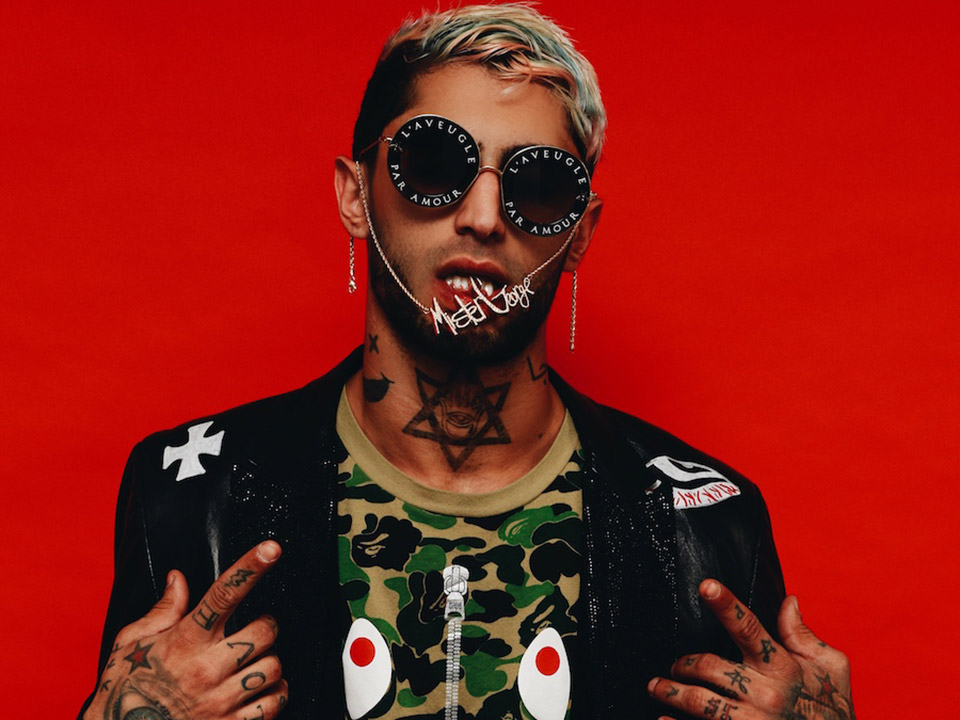 Check out our interview with talented street artist Mister George.

Mister George is a very well-known Dominican Street Artist. We have seen his work in a number of events, such as the famous Art Basel, in Miami.

The artist started his career in 2015 and hasn’t stopped since. In 2017 Mister George also participated in David Ortiz & Ray Allen Fundraiser, providing them with three pieces. During Halloween Mister George was commissioned for a live painting in WALL Nightclub. For 2018’s Art Basel Mister George painted his first car in collaboration with Skott Marsi at JanLife, a car dealership in Wynwood.

In the beginning of January 2019 Mister George was contacted by Speedart Motorsports for his first solo show in Miami, whilst painting a live mural of “AstroGoof,” Romero Brito attended the show as he is friends with Mister George.

Later that month Mercedes Benz in Dominican Republic to hold his first solo
show, where he displayed his newest mugshots of Marilyn Monroe, Elvis Presley, Martin Luther King and Al Capone. As well as painting an SLS AMG live, the theme of the event was “Hear No Violence, See no violence, Speak no violence.” 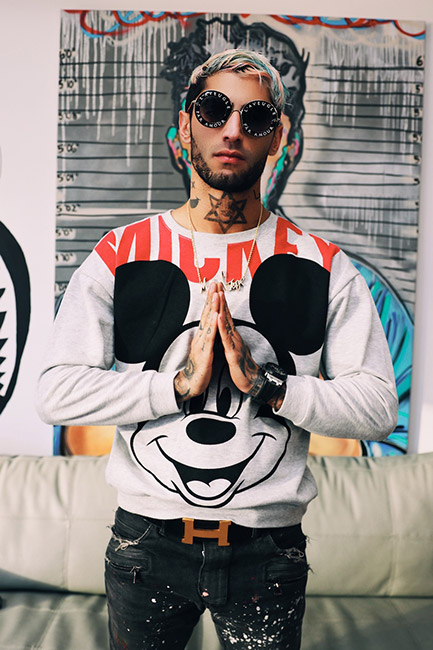 When did your career start?

My career as an artist began in 2015, when for the first time I had the opportunity to participate in Art Basel, which for me, as a new artist at the time, was a dream come true.

When did you realize that you wanted to be an artist?

When I discovered Jean Michael Basquiat’s book, I began to compare it with the things I painted as a child and I realized that I did have talent and that it was something that made me happy.

What do you think is the most important thing about street art?

Personally I think that “street artists” or better known as graffiti artists, have lost a lot of the value and exclusivity of their art by putting their logo or name everywhere in all common areas of graffiti. I understand that all art has its value, but personally I think they should be more exclusive when deciding where to shape their art. 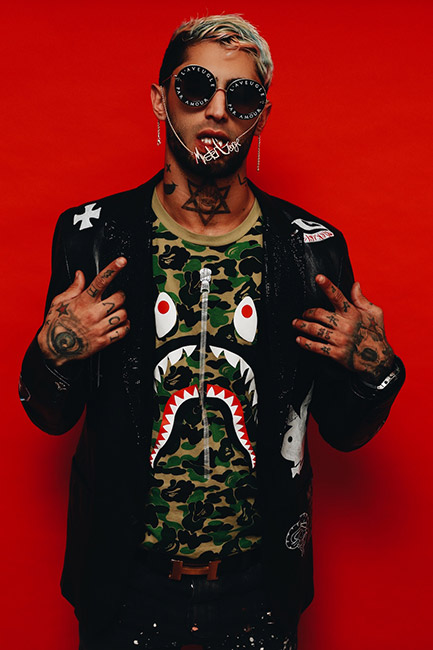 What artist inspires you?

What are your goals?

I have several goals. On the one hand, I am working on creating my clothing line with my art. And as an artist, my main objective is to that to have my art known and appreciated in Europe, Asia, South America, North America, the Caribbean, and Central America. Worldwide!