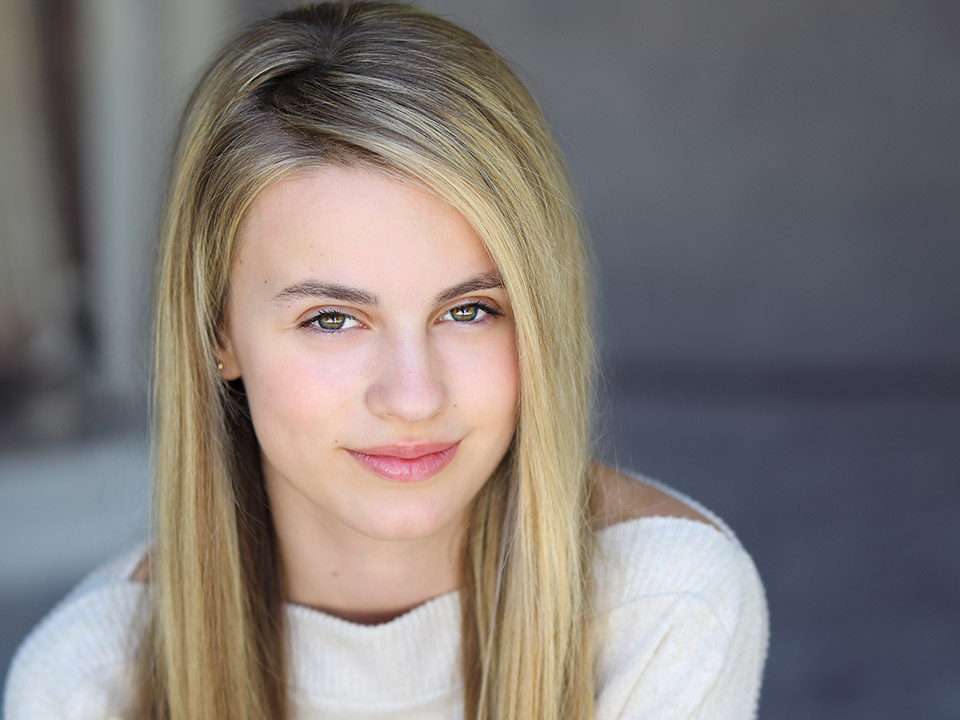 Check out our interview with talented young actress Isabella Cuda. Born with Spina Bifida Occulta, she has overcome 3 spinal cord untethering surgeries, and she had to re-learn how to walk. Despite the obstacles she has faced, her talent and perseverance have helped her to land roles on popular television series such as CRIMINAL MINDS, SAM & CAT and most recently Disney’s BUNK’D, where she Guest Stars as Kat, a young girl in a wheelchair. Playing Kat was one of her most memorable roles since her own life experiences helped her to closely relate to the character.

Isabella’s film credits include supporting roles in the feature films ETERNAL SALVATION and WILLIE AND ME just to name a few. 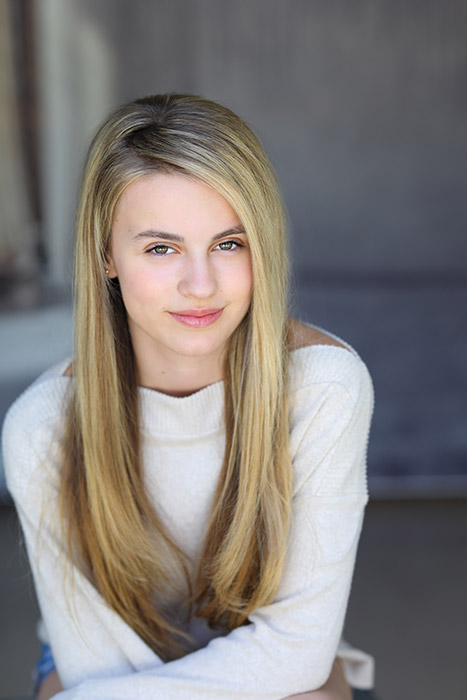 Hello and thank you for having me 🙂

When I was 6 years old we were having dinner at a local restaurant. I was pretending to be a waitress and took orders from customers. One of the customers was impressed by how outgoing I was and came over to my parent’s table to introduce herself. My parents didn’t really know anything about this business and did some research first. A few weeks later I went out on my first audition for a national commercial with Pro golfer Phil Mickelson and I ended up booking it. That is kind of how it all started but it is also how I got introduced to Golf and I’ve been playing golf ever since.

What was amazing is that I started playing golf because of that commercial. I had so much fun shooting that commercial, I asked my parents if I could start taking lessons. 2 years later I shot my first Hole in One, 126 yards, during a tournament at Lomas Santa Fe Executive course.

The worst part is that when you audition and you think you did an amazing job, there are hundreds of reasons why you didn’t book the job and it has nothing to do with your performance. The character might have changed to a different age or gender or maybe they went with a different look to match the family. Always leave with a great impression, the casting director will remember your performance for a different role in the future.

Tell us about your work in very successful projects like CRIMINAL MINDS, SAM & CAT and most recently Disney’s BUNK’D?

My role in Criminal Minds was actually very sad as I got kidnapped at a young age and spent years in a basement. It didn’t end too well for my character but I had so much fun with Shemar Moore and the other actors during the shoot, it was a blast.
Sam and Cat was a great experience because I got to play a shy girl opposite Ariana Grande but as soon as we went to break, I would jump on Ariana’s lap and we were goofing around. She was the perfect babysitter off camera, even though her character was not a great baby sitter. She was so kind to me, I’ll never forget.

I’m always very professional and very prepared for all of my roles, I study the script and know all my lines and everybody else lines as well. I feel that once you’re onset, everybody is equal. No-one has ever made me feel like I’m not as important as they are, even the series regulars. I’ve been very blessed to work with such amazing talent.

I study the script inside out, it’s so important to learn everyone’s lines. You have to know and feel everyone else’s lines for it to all make sense.

I played a German girl in a feature film “Willie&Me” and had to speak German. It’s about a German girl and her idol Willie Nelson. The release of the film has been delayed but I hope we get to see it soon.

I also played the daughter in a christian film called “Eternal Salvation”, my movie dad Bradley Snedeker has become a great family friend of ours and he visited me almost daily when I was on flat bedrest after my last spinal cord surgery.

I really like drama and comedy the most because I can relate to these kind of roles the most. I’m not a huge fan of horror and bloody violent movies because they’re just too scary for me.

We just had a Bunk’d viewing party at my house with my closest friends, it was so much fun sharing the episode with them and making s’mores outside and eating popcorn. That was awesome! 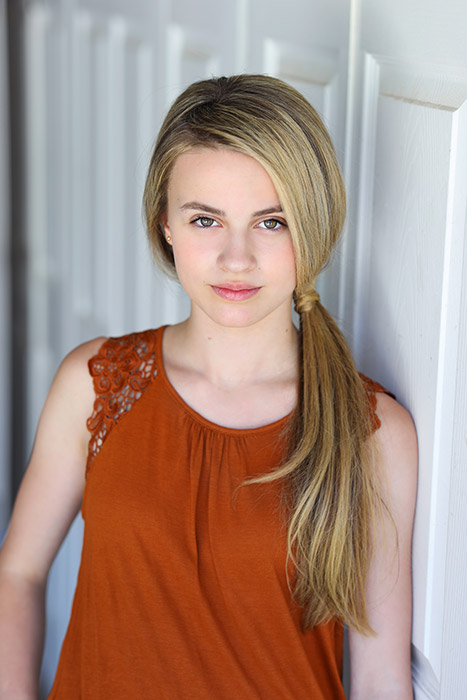 Tell us about the Spina Bifida Occulta and how you have overcome 3 spinal cord surgeries? That’s amazing and very inspiring!

I had 2 spinal cord surgeries when I was 6 months old by Dr. Ben Carson, who retired as a Neurosurgeon and then became the Secretary of HUD under the last administration. 3 years ago when I had a major growth spurt, I started tripping a lot and my balance was off. At first I though I was just clumsy, but an MRI confirmed that my spinal cord nerves were retethered. The nerve endings looked like a big bowl of spaghetti and I had to undergo another very dangerous 7 hour surgery. This time I had completely relearn how to walk, it took many months and over a 100 hours of physical therapy to get me where I am today. My spinal cord nerves were so crazy that they deformed my right foot, so last December I needed a complete foot reconstruction surgery. I’m still recovering from that surgery and now have a leg brace to help me walk for now. The last 3 years have been tough but I won’t let anything stop me from my dreams.

Loyal, a good listener and goofy

Most of all I hope to recover completely from my recent surgeries, I look forward to spending this summer at our beach house in Croatia. And hopefully, the schools will reopen this fall so we can all get back to the classrooms. I really miss going to school and interact with my friends.

I love soup! Any kind of soup, I could eat soup three times a day.

Being with my friends and family makes me really happy.

I’m a huge fan of Billie Eilish. She is a huge inspiration, a great role model and singer. She has Tourette’s syndrome but won’t let that stop her from living her dreams. I really look up to her.

Have fun, do your best and don’t compare your life to others. There’s no comparison between the sun and the moon, they shine when it’s their time.

I would like to be in college studying filmmaking and journalism. I would also like to be a series regular on a tv show.

Everything I wanted by Billie Eilish.
It’s really catchy and I love her.

I like social media especially during the pandemic. I get to communicate with people all over the world and see what they are up to during these difficult times.

Book: “Land of Stories: The Wishing Spell” , by Chris Colfer

Quote: “Mirror, Mirror on the wall, I’ll always get up after I fall. And whether I run, walk or have to crawl, I’ll set my goals and achieve them all” Chris Butler

Movie: The Nightmare before Christmas

Favorite Food: any kind of soup