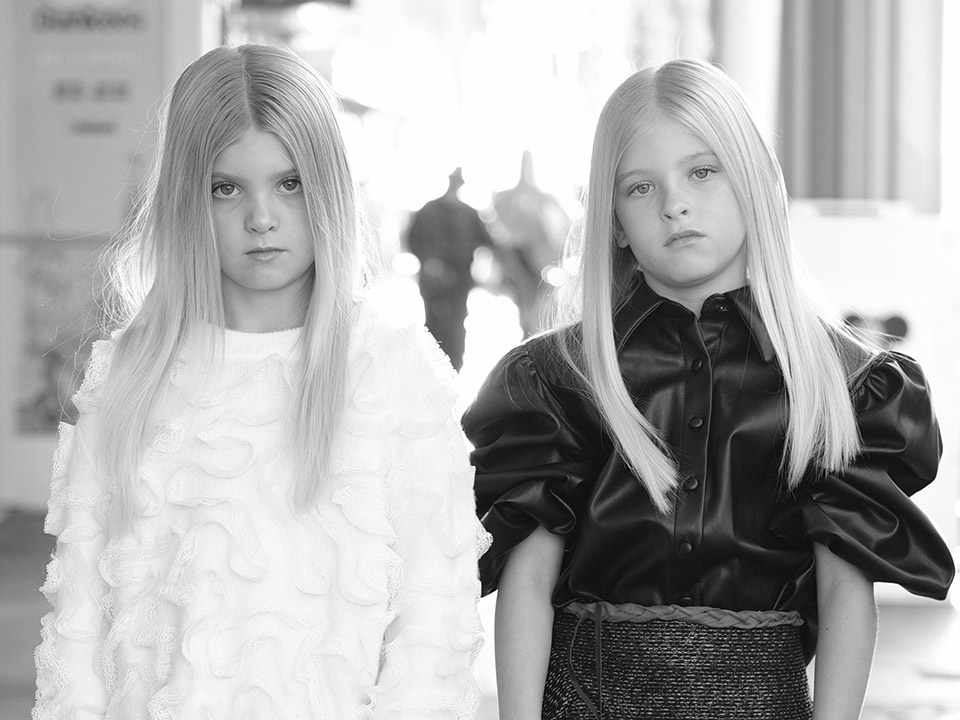 Check out our interview with talented young dynamic duo London and Sedona Fuller.

The twins can be seen on the big screen in the highly anticipated Lionsgate film “Bombshell,” where they portray Meghan Kelly’s (Charlize Theron) daughters. The film stars Charlize Theron, Nicole Kidman, and Margot Robbie, and is based upon several women at Fox News who set out to expose CEO Roger Ailes for harassment.

The twins have also been seen on the big screen this past summer portraying a youngBrie Larson in “Captain Marvel.”

London and Sedona’s most memorable role to date has been as ‘Janice and Betty’ on the Emmy Award-winning comedy “Modern Family.” 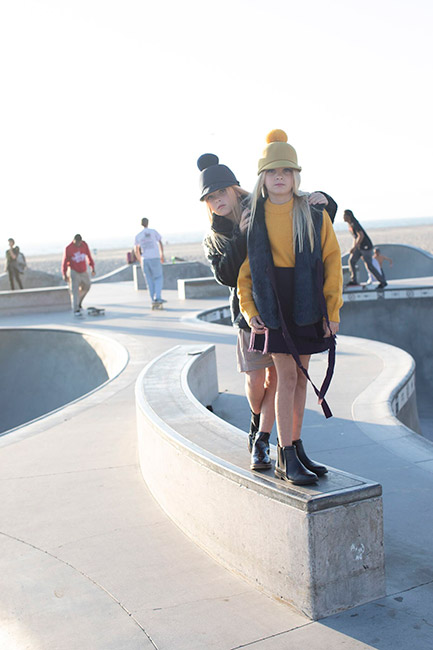 Hi London and Sedona, please tell us a little about you?
L: I love to play with American Girl dolls. Out of all of them, Luciana is most like me because she stands up to boys. She went to space camp and other boys didn’t like that.
S: I love fashion. It’s so much fun to get to dress up. I also love my dog Bora. She’s super fun to play with.
Describe yourself in 3 words?
L: Jolly, kind, and playful. Every day I play with my dolls and my favorite thing to play on is the trampoline. I like playing the game of Life.
S: Dorky, positive, and honest. I’m dorky because I’m goofy!
Who is your role model?
S: Dove Cameron because she’s talented, pretty, and a really good singer.
How did you guys get started in acting?
L: We started when we were six months old. We were in the pilot of the show Baby Daddy.
S: We got started acting in a show called Baby Daddy.
How has acting changed your life?
L: It has made me less nervous and a lot less shy. And now I like being in front of the camera. But I’m still nervous when I see myself on tv.
S: Acting helps me read faster and memorize things easier.
Tell us about your work in the highly anticipated Lionsgate film “Bombshell,” and what the film is about?
L: It’s about standing up to bullies. I felt like my role was important because Megyn Kelly looks at her daughter and thinks “I don’t want her to go through this.” My character helped her make her decision.
S: The movie is about women’s rights. Women stand up to men because they weren’t treated equally. I played Megyn Kelly’s daughter. The role was important because she helps show her mom what she should do.
How was working with a talented cast like Charlize Theron, Nicole Kidman, and Margot Robbie?
L: I got very nervous and starstruck because Miss Charlize is so famous and talented. She’s actually really nice. Her acting was so good. She knows how to act surprised on command. She can smile when she’s sad. It seems super natural.
S: Miss Charlize was very pretty. She looked very different in the movie than she did at the premiere. It was crazy. And her acting was crazy good. Nicole Kidman and Margot Robbie were very nice at the premiere. I loved Miss Margot’s pretty purple dress. And Miss Nicole’s suit was just like ours. Except hers was super sparkly and I wished mine had glitter.
And how was working in the hit Marvel film “Captain Marvel,” and working with Brie Larson?
L: Brie Larson is super kind and pretty. She’s also a very talented actress. I was excited because that movie was also about standing up for yourself.
What other projects have you guys have been part of?
S & L: Modern Family, Baby Daddy, The Orville, I’ll Be Next Door for Christmas, and Guidance. 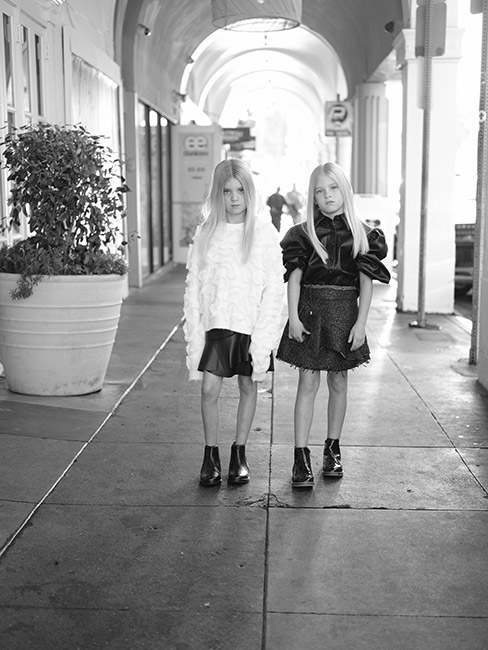 What is the most rewarding part of your work?
S: It’s so cool getting to watch all the actors do their parts. And it’s especially fun to see how movies get made.
What is your next goal as actresses?
L: My next goal is to not be afraid of seeing myself on tv.
S: I want to get better at showing my emotions in acting.
What is your favorite healthy food?
L: My favorite healthy food is carrots.
S: I love eating strawberries and apples! Basically, every fruit.
And your favorite cheat food?
L: I love Frappuccino’s! Cookies and cream is the best kind.
S: My favorite junk food is apples with Nutella!